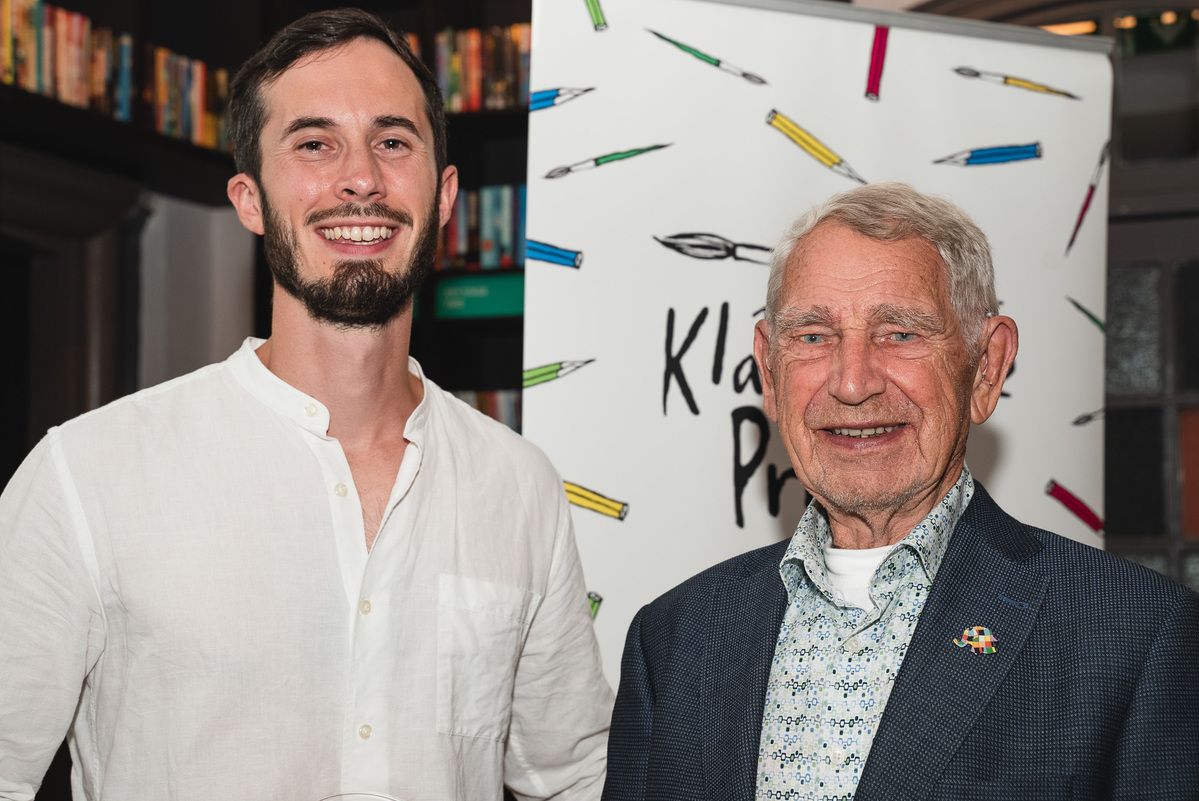 The talented artist, who earned an MA in Children’s Book Illustration at ARU, was one of six illustrators to make the shortlist of six, before winning a £5,000 prize and the title illustrated.

Joseph received the 2022 Klaus Flugge Prize for his book Pierre’s new hair (Tate Publishing) about a bear obsessed with beauty but also desperate to show the world his talent as a roller skater!

This widget requires javascript to work.

The talented illustrator, who has already won the V&A Student Illustrator of the Year award, is the fourth graduate of ARU’s Cambridge School of Art’s Masters in Children’s Book Illustration course to win the Klaus Flugge award in the past few years. last five years.

Established in 2016, the award was founded to honor publisher Klaus Flugge, a hugely influential figure in picture books and who established Andersen Press in 1976.

Joseph follows in the footsteps of Flavia Z Drago who won top prize last year for her New York Times bestselling book Gustavo, the shy ghostEva Eland who won in 2020 with When sadness comes calling and Kate Milner who took first place in 2018 for her book My name is not refugee.

Joseph, who describes himself as giddy with gratitude, said: “Winning the Klaus Flugge Prize is invigorating. There’s a sense of letting go, enjoying the moment and not caring too much about how you’ll be perceived in the book.

“It’s a necessity when working creatively. It’s also a paradox because, while struggling to avoid being too preoccupied with what others might think, the hope is to create a meaningful connection with readers. Knowing that my work has touched the judges is fulfilling, it has reinforced my belief – keep doing what you love most.”

Working in pen and ink and using strong graphic colors, Joseph filled the pages with Pierre’s new hair with energy and detail, and despite all the absurdity of a story about a bear who wants to create the perfect banana, Pierre’s world is real and recognizable.

Julia Eccleshare, Chair of Judges and Director of the Hay Festival Children’s Programme, said: “Once again this year’s shortlist was very strong and we will be following the careers of all the shortlisted illustrators with great interest.

“Congratulations to Joseph for Pierre’s new hair which is original and pleasant to look at. Although very funny, it also slips a message about valuing what really matters. – friends, joy, art.”

Get all the latest news, updates, things to do and more at from Cambridge dedicated InYourArea stream.