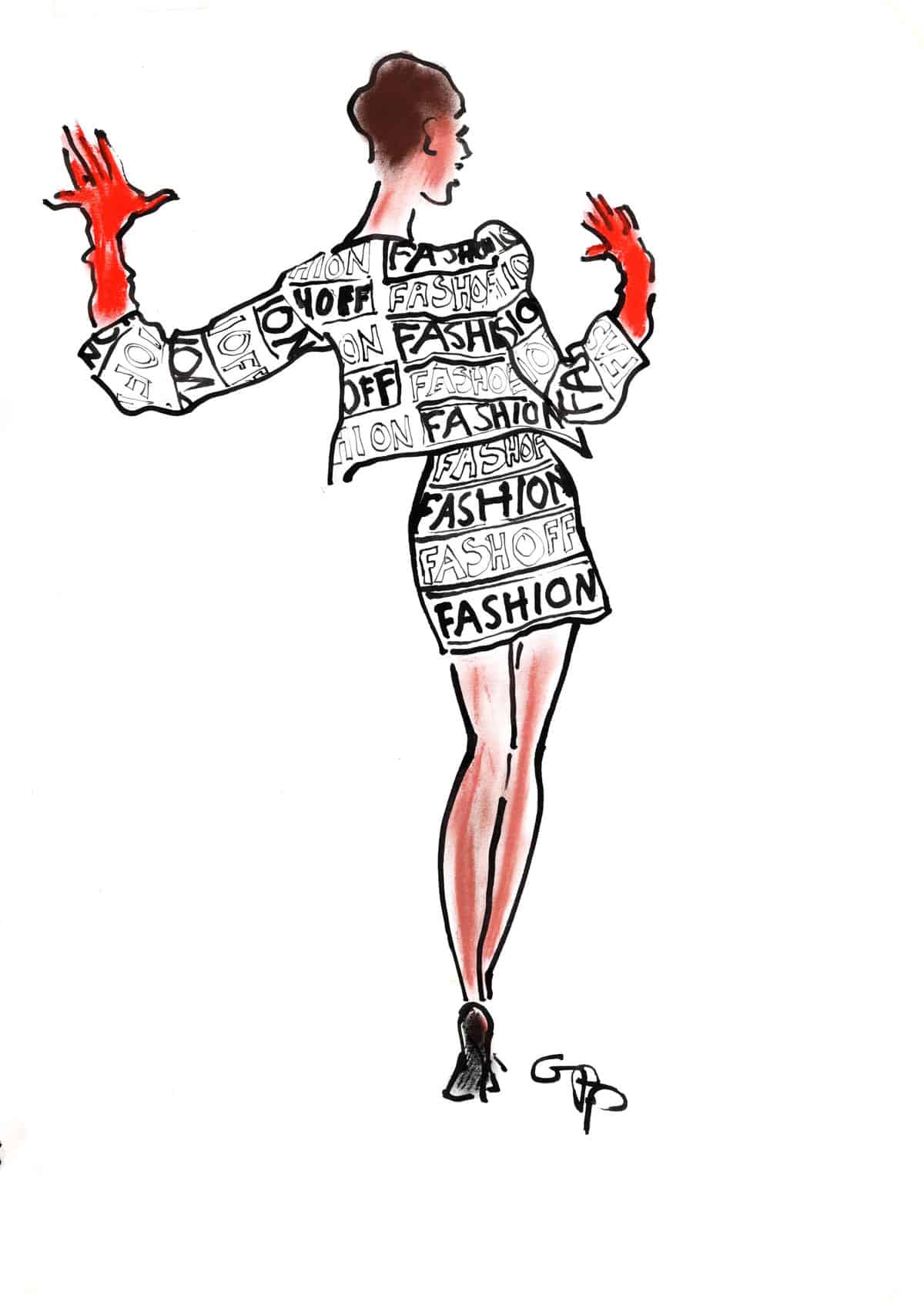 Gray MCA, the international leaders in the field of original fashion illustration, return in February to London’s center for the arts, Cromwell Place, to unveil “A fine line in fashion” – an exhibition bringing together more than 30 original works by the famous fashion illustrator, journalist and author Gladys Perint Palmer.

Opened on Tuesday February 15 and on view until Sunday February 20, the exhibition is a celebration of “GPP”, in a retrospective of her exceptional life in fashion as one of the most influential and respected illustrators in the modern era.

Taking visitors on a dynamic journey through style and haute couture, the exhibition captures the colorful and creative essence of the world of fashion and examines the fine line of a fashion illustrator who not only understands fashion, but has a certain affinity with the models who have walked the catwalks of fashion giants around the world. The exhibition will showcase some of GPP’s finest original works that have lit up the pages of Vogue, The New York Times, L’Officiel, Grazia, Harper’s Bazaar, The Sunday Times, San Francisco Examiner and more – over the past forty years.

Continuing an essential and skilled tradition at a time when illustrations were often overlooked for the most fashionable camera, GPP’s electric illustrations are filled with color, life and soul – with a playful undercurrent , synonymous with the world of artists and sits front row at haute couture shows in London, Paris, Milan and New York.

GPP has documented the collections of some of the world’s most coveted designers including Dior, Burberry, Balenciaga, Christian Lacroix, Philip Tracey, Oscar de la Renta, Alexander McQueen and Karl Lagerfeld, to name a few. he artist also being a longtime associate of particular note with Anna Piaggi, the legendary editor of Vogue Italy who, in 1989, organized a solo exhibition of GPP’s work in Milan.

“My favorite drawing is No. 7 Sarah Burton for McQueen, 2013 Ink, metallic paint & watercolor on paper, signed & dedicated, 61 x 48 cms signed, 61 x 48 cms, Magazine Lumière. Sarah Burton’s exquisite and intricate headdresses for McQueen remind me of the lamps on Pont Alexandre III, the most beautiful bridge in Paris. I remember having drawn this bridge in March 1994, when I was on the set of the film ‘Prêt-à-Porter’ by Robert Altman. The look-alike of the late Marcello Mastroianni, Rémy Canaple, spitting image, jumped three times from the bridge onto a huge floating mattress.

Gladys Perint Palmer is an acclaimed artist, fashion illustrator and journalist whose energetic works bring fashion to life with dramatic visual effect. Her line strength is characteristic of an artist who is entirely confident in communicating a powerful message with confidence and style while ensuring an honesty that resonates with an audience. GPP (as it is called) received its first vogue cover in the 1960s. Faithful to the tradition of fashion illustrators present at couture shows in Paris, London and Milan, and with a career spanning more than fifty years, GPP has documented the couture collections of designers such as Dior, Chanel , Yves St Laurent, Alexander McQueen, John Galliano, Prada, Armani and Jean Paul Gaultier illustrating for vogue, the new yorker, The New York Times, The Los Angeles Times, The Sunday Times, She, Harper’s Bazaar and Italian Grace. Of particular note is her long association with Anna Piaggi, the legendary editor-in-chief of Italian vogue for whom in 1989 Piaggi organized a personal exhibition of GPP’s work in Milan. Advertising clients include Oscar de la Renta, Dior, Valentino, Galliano and Chanel as well as Neiman-Marcus and the Metropolitan Museum of Art in New York. GPP was fashion editor of San Francisco Examiner from 1985 to 1991, executive director of fashion at the Academy of Art University of San Francisco (1995 – 2014) then executive vice-president (2014 – 2016). GPP’s work has been exhibited internationally in New York, San Francisco, Milan, Paris, Hong Kong and London. In 2020, her work was included in the acclaimed “Fashion Illustration: The Visionaries” exhibition held at the Society of Illustrators, New York. GPP’s work is included in numerous books, including a special commission from Gianni Versace for Do not disturb (Abbeville Press) in 1996. Books of his own work include fashion people (Assouline) and Adam and Yves (fall of fire). GPP’s drawings are held in the permanent collections of the Academy of Motion Picture Arts and Sciences, Los Angeles; The Victoria and Albert Museum, London; San Francisco Academy of Art; Issey Miyake Collection, Tokyo and Museum of Modern Art, Montreal. GPP is now considered one of the most important and respected fashion illustrators of the modern era, an artist who continued the tradition of fashion illustration at a time when fashion illustration was often overlooked. for the most fashionable camera.

Mark Westall is the founder and editor of FAD magazine, founder and co-editor of Art of Conversation and founder of the @worldoffad platform

Singer and entrepreneur Danny K takes over Sweets from Heaven