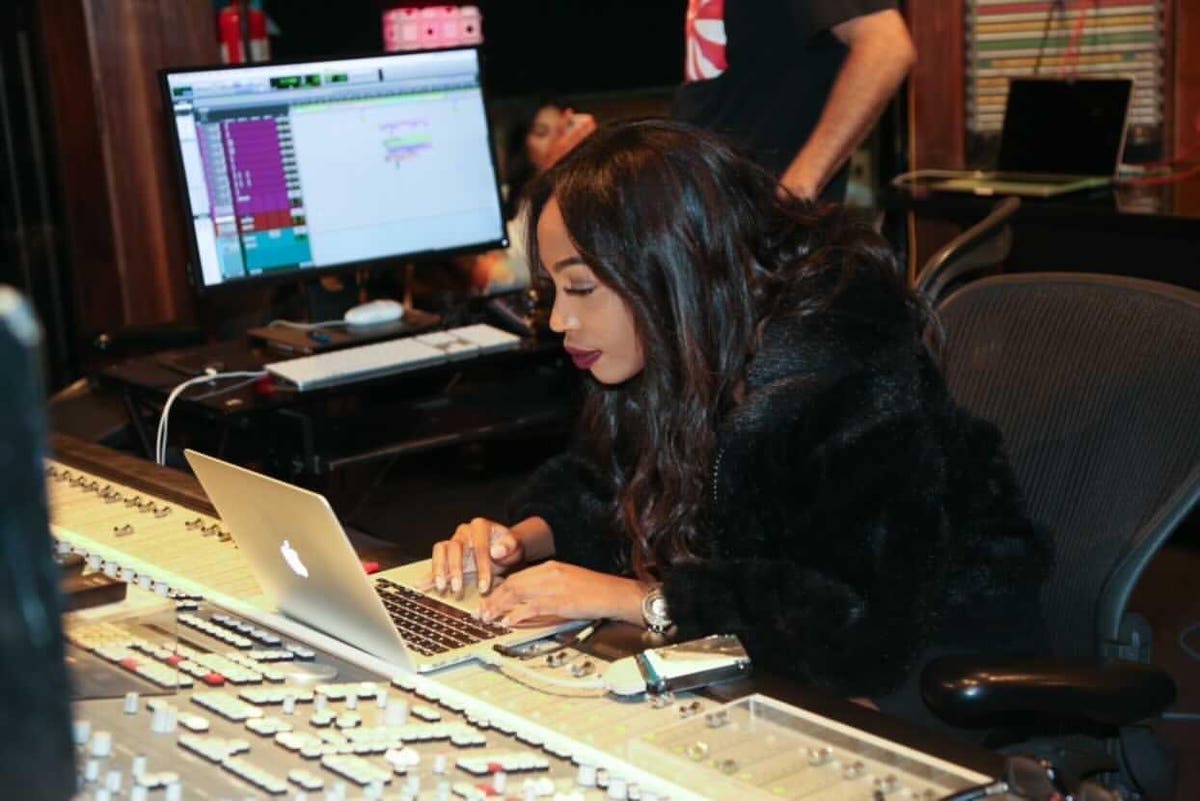 In today’s music industry, the separation between digital and analog is almost impossible to determine. At the most basic level, the majority of today’s music is designed using highly intelligent software. However, at the forefront of AI and the music industry, innovators are continually pushing the boundaries of human / machine collaboration in music creation as well as in business.

One such innovator is Vernica Serjilus, professionally like Verphoria, an American singer, record producer, songwriter, entrepreneur and founder and CEO of Hierarchy Music. Hierarchy Music is a global music company that connects musicians around the world with Grammy Award-winning multi-platinum music services.

At the heart of Hierarchy Music’s operations is data AI and back-end exposure which allows us to bring exposure to new artists, or existing artists and their brands, using both the Hierarchy Music and Hierarchy Media back-end network.

I spoke with Verphoria about her journey as a musician as well as her perspective on the future of AI in music.

How did you get started in the music industry?

At the age of 19, I was discovered by Aton Ben Horin and Ethan Curtis, the co-owners of the Grammy Award winning multi-platinum recording studios Plush. At the age of 22, I was invited to record at Paramount Recording Studio and Neighborhood Watche by famous engineer / mixer Andrew “Drew” Chavez, where I continued to hone my musical skills.

My brand Verphoria has grown in popularity on Instagram and other social media platforms for music, leading to appearances at a number of red carpet events, such as those hosted by Maxim Magazine and Sports Illustrated. I caught the attention of famous director Chris Applebaum (who directed Umbrella by Rihanna, Britney Spears, Kim Kardashian, Usher, Selena Gomez, Miley Cyrus, Demi Lovato and Paris Hilton) who will direct my music videos.

What are your musical influences?

Are you using data and AI in your music or in your wider career?

To create my compositions I use a digital audio workstation (DAW, electronic device, or application software used to record, edit and produce audio files) called Ableton Live which uses the AI â€‹â€‹plugin called Magenta Studio it allows me to experiment with open source machine learning tools.

This AI gives me the ability to create learning models for melodies, patterns and musical rhythms using a mathematical model.

What do you think of recent quote from artist Grimes in which she states: “Once there really is AGI (General Artificial Intelligence), they will be so much better than us at making art.”

I will disagree with this statement. AGI can be used to speed up music production, however, it cannot replace the emotion that comes from music produced by a human, nor recap and evoke the emotional connection that musicians have in the creation of their compositions. musical.

Making good art is much more than following an algorithm, it’s the emotional aspect that makes it touch people.

How do you think AI and data is shaping the industry as a whole?

AI will certainly become an increasingly important part of the music industry, just like in all other industries. It’s not yet perfect, and it may never be perfect on its own, but the use of AI helps streamline many of the more laborious processes in music production.

Whether this is a good thing or a bad thing is up for debate.

In my opinion, it’s best to use it as a collaboration tool, not as something to make an entire disc without human touch. This article raises many interesting questions and concerns that we will need to address in the near future. Now is an exciting time to be in the music industry as we grapple with these issues.

How has data and AI helped you build your career?

AI and backend exposure have been instrumental in growing my personal brand Verphoria. Data AI from Hierarchy Music and Hierarchy Media has helped to dramatically increase my audience by connecting my existing network to different network niches.

It helped me in two main ways: it increased my exposure and helped me understand my audience’s behavior.

The data gleaned from this process has been invaluable in growing my brand relatively quickly compared to traditional methods.

What do you think are the problems in the music industry that technology could help solve?

I think a cloud-based DAW should be created so that the produced music recordings can be recorded continuously and not be lost if the computer or hard drive is stolen with unlimited amounts of data that can be stored.

How has technology made it easier to be a musician? How did that make it more difficult?

The best thing about technology is that it has made the profession of musician more accessible to ordinary people. With enough motivation and the willingness to learn, anyone can become a world class musician. It also made the technical aspects of the music easier. For example, we can make sure that every note, melody or rhythm is correctly pronounced and quantized so that there are no errors or flaws in the notes.

Technology has constantly evolved throughout my life so for me it is second nature and it is definitely not a problem, but for people who are not so comfortable with the ever changing nature. technology, it can be difficult.