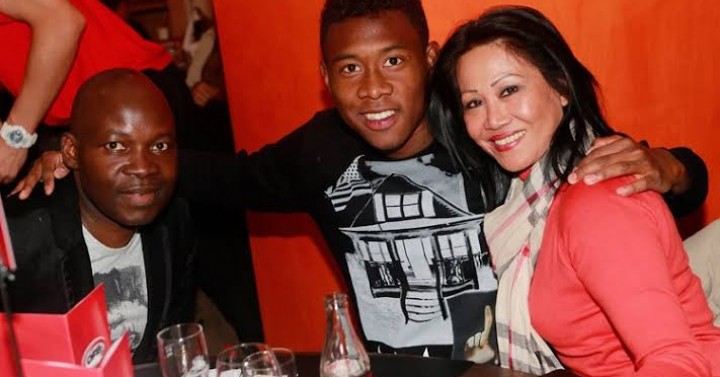 MANILA – Professional footballer David Alaba has the flags of the Philippines, Nigeria and Austria on his playing shoes.

Born in Vienna, Alaba, who turns 29 this month, was born to a Nigerian father and a Visayan mother who met in Austria in the 1980s while pursuing different careers.

Real Madrid, one of the heavyweights of the Spanish LaLiga football league, announced on May 28, 2021, the signing of Alaba for a five-year contract.

“Real Madrid have reached a deal with David Alaba, who will be linked with the club for the next five seasons,” Madrid said in a statement, adding that Alaba would be featured as a Real player after the ongoing Euro 2020 tournament at half-time. July.

Alaba had previously played for Bayern Munich in the German Bundesliga league.

Alaba’s mother, Gina, was a nurse and former beauty queen in the Philippines.

His father, George, is a Nigerian prince who traveled to Vienna to study economics, was the Austrian Army’s first black guard soldier, and is a musician.

Alaba has a younger sister, Rose May, a singer and songwriter who has released a number of chart-topping songs in Austria.

Real Madrid fans still remember how Alaba, two months away from his 20th birthday, scored a penalty against the Spanish club in a penalty shootout in the Champions League semi-finals in 2012.

Alaba is the third Filipino-born player to play for Real Madrid after Spaniard Eduardo Teus, born in Manila in 1896, and French goalkeeper Alphonse Areola, whose parents are both from the Philippines, in the 2019 season. -2020.

Paulino Alcantara, also born in 1896 in Concepcion, Iloilo to a Spanish military officer and mother Ilongga, played for another Spanish club, Barcelona where he started at 15.

Alcantara played for the Philippines team in 1917 before becoming a doctor and later coach and manager of the Spanish national team.

Bayern talent scout Werner Kern once described Alaba as “an exceptional talent with a great attitude” and “can go a long way”.

â€œTalent is one thing, but attitude and desire is another, and David has this undying desire to improve and grow,â€ Kern said of Alaba when he moved to the company. first time at Bayern. (RP)