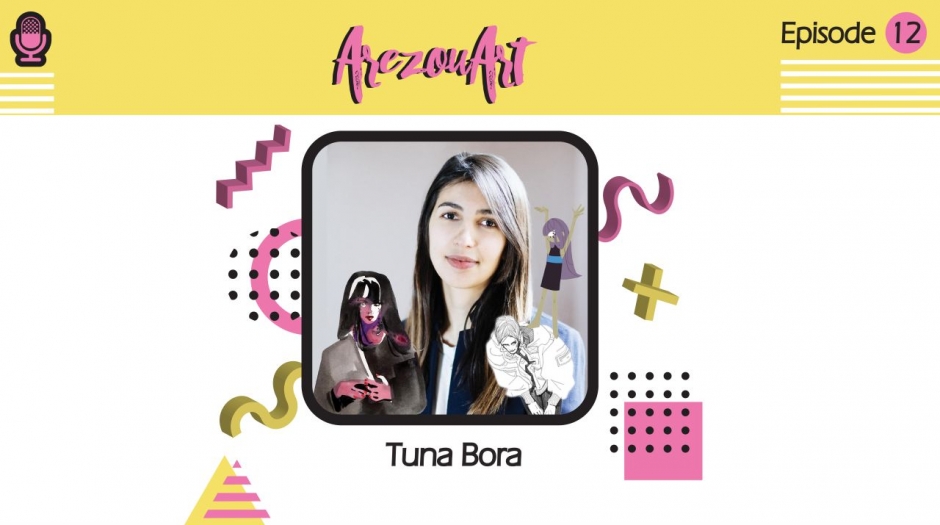 In this episode, in the first half of the podcast, they discuss the unspoken of immigration, openness and cultural differences between West and East and all the vulnerabilities it brings.

On the second half, they discuss Bora’s working process:

00:47:49 Little Red Riding Hood Project AR and the challenges encountered in telling a well-known story through a new medium.

00:55:15 All about the manufacturing pearl, the first VR film to receive an Oscar nomination; the innovative storytelling and visual style of the short film.

01:20:00 Make your own independent film Solipsism and the symbolic meaning behind it; as well as the interpretations of the film by Arezou.

01:31:00 All about Bora’s dedication to his daily sketches and the state of mind behind his versatile style.

Find all of Arezou’s podcasts here. Note that Arezou publishes its podcasts subtitled in Farsi on Youtube. You can follow Bora on IG or Vimeo; you can also read more about Arezou Art IG.

Dan Sarto is publisher and editor-in-chief of Animation World Network.

Artfeel returns; a dance troupe aims to dazzle in Woodlands