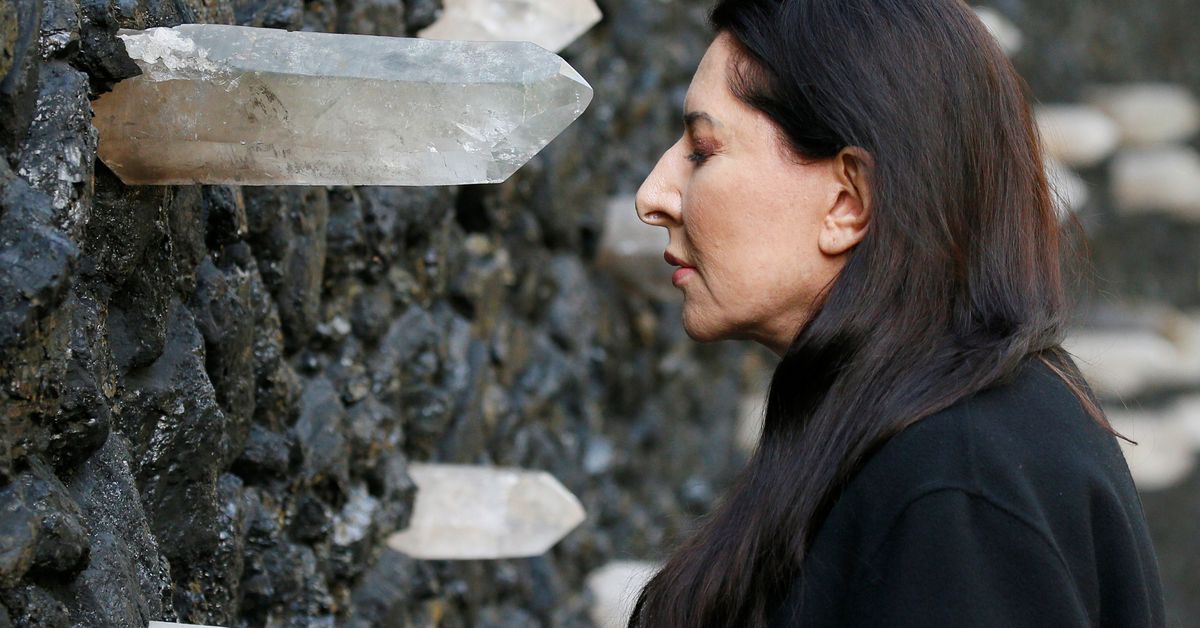 Artist Marina Abramovic performs alongside her work “Crystal Wall of Crying” at Babyn Yar, the site of one of the biggest Holocaust massacres of WWII, in Kiev, Ukraine on 4 October 2021. Photo taken on October 4, 2021. REUTERS / Gleb Garanich

KYIV, October 6 (Reuters) – A group of people walk slowly in silence past a thick, self-sustaining wall made of coal with large quartz crystals protruding from it. People stop to touch the crystals and stand near the 40-meter-long structure, some with their eyes closed.

“The Crystal Wall of Weeping,” an interactive installation by world-renowned performance artist Marina Abramovic, was erected in the Ukrainian capital to commemorate Jews killed in one of the Holocaust’s biggest massacres during the Second World War.

It will be officially unveiled Wednesday evening as part of a series of events marking the 80th anniversary since Nazi troops shot dead nearly 34,000 Jewish men, women and children in the wooded Babyn Yar ravine on September 29-30, 1941. .

A symbolic extension of the Western Wall in Jerusalem, the artwork is a “wall for healing,” Abramovic told Reuters in an interview ahead of the ceremony.

“You come here and you look like it’s a park. There are so many trees, so much nature, it’s so much life. You know, people come here to sit in the sun, little children are playing, but all of that, you know, is part of reality, ”said the 74-year-old Serbian artist, speaking in English.

“But another part of reality – you know that something terrible, terrible happened at the same time. And that kind of memory cannot leave you. So you have this mixture of feeling of beauty, of heaviness. and past that’s there all the time. “

The wall is one of many new installations in a commemorative project for Babyn Yar. A synagogue built of wood and designed to unfold like a pop-up book opened in May. Read more

Abramovic, known for her work with crystals, chose anthracite from Ukrainian mines and rock quartz crystals from Brazil.

“I want to create the transcendent image of any war, anytime, anywhere,” she said.