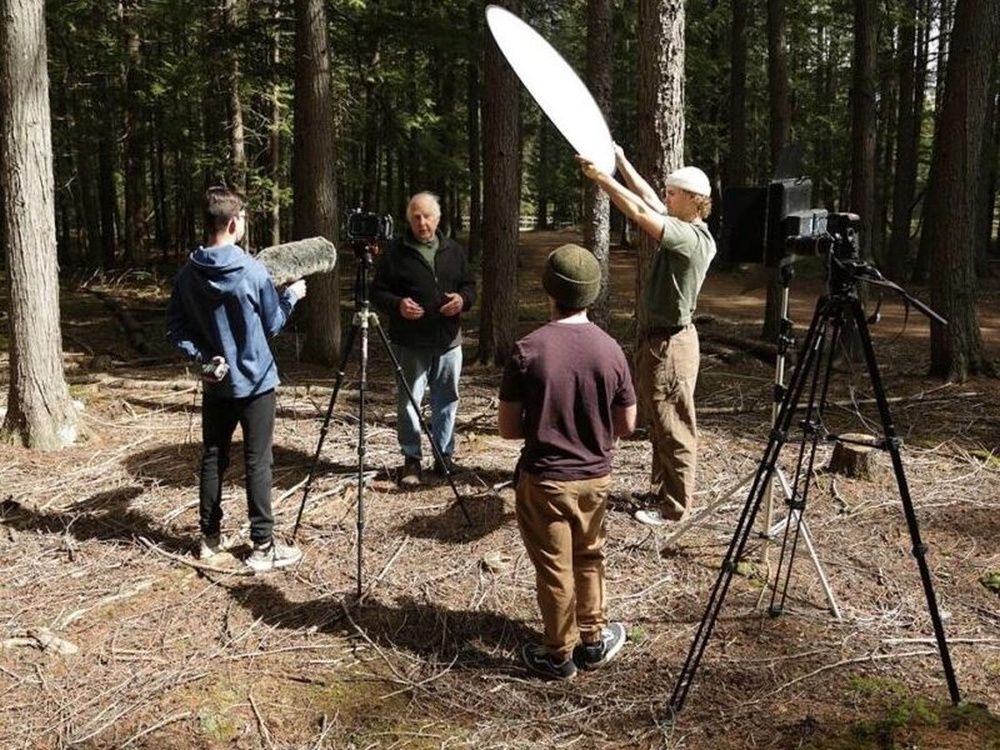 Reviews and recommendations are unbiased and products are independently selected. Postmedia may earn an affiliate commission on purchases made through links on this page.

There might not be a better time to be a child with a penchant for the visual arts. If you’re a teenager and can draw, paint, doodle, or better yet, design creatures, a well-paying job in the digital arts industry is waiting for you.

Everyone needs artists, and local schools are answering the call with courses specifically designed to fuel the machine.

Almost all of the city’s universities, colleges and technical institutes offer some form of digital arts program, while film schools have steadily expanded their digital arts training. Some VFX houses, like Lost Boys and Think Tank, offer their own programs.

The skills taught in many programs can span different sectors, and the demand for talent is the same across them all, says Loc Dao, executive director of DigiBC. The organization represents animation, VFX, video game, VR, AR and XR companies.

He cites recent examples of growth such as British-Indian visual effects house Double Negative (DNEG), which won an Oscar for its work on Dune, expanding its operations in Vancouver by hiring 100 new animation artists. Disney is opening an animation studio here, and Netflix has acquired Australian animation house Animal Logic, which has a second studio in Vancouver.

And this month, SkyBox Labs announced two new game development offices in Burnaby and one in Victoria.

“Last week, I gave a presentation to a Korean delegation on animation, visual effects and video games and they made it clear that they were interested in moving here,” Dao said. “We talked about the world-class talent we have in BC”

In April, the Ministry of Higher Education approved DigiBC’s application for funding for key recommendations of a creative technology benchmarking study, including “increased visibility of creative technology career paths, better collaboration with post-secondary institutions, developing mentorship programs, and tools and resources to improve equity, diversity and inclusion across the sector.

The demand is so great and the opportunities so promising that some secondary and even primary schools have started offering courses in digital arts.

“I’ve been teaching since 2011, and I can’t think off the top of my head of a kid who isn’t successfully employed in this industry who got into it,” said Danny Leeming, co-founder of the Performance and Media Academy at Mount Sentinel Secondary. “Every child who demonstrates ability and interest in this area has had moderate or impressive success.”

We apologize, but this video failed to load.

The South Slocan School PM Academy is a three-year program that accelerates the transition of 30 students into post-secondary education or employment in film and media arts, design, acting and musical performance, or production.

“They learn the fundamentals of work, teams, and software,” Leeming says of the digital arts component. “But it’s so malleable that we teach them to learn on their own. When we go to places like ILM or Vancouver Film School, which we have partnerships with, that’s what we hear. They want adaptability, teamwork, ingenuity, creative thinking.

Especially in rural settings, students may find it difficult to consider a career in digital arts. Mount Sentinel’s Academy PM offers a path.

“When we’re cleared to travel, we take all the kids to Vancouver and ILM opens its doors for us,” Leeming said. “The wow factor of sitting in the Star Wars theater and watching the ILM highlight reel and talking to their coaches and being able to ask questions becomes this really cool connection for our students. You see the ILM logo in the movies you’ve watched your whole life and all of a sudden you’re there talking to the creatives and they’re super nice. It’s very stimulating.

One thing to understand is the number and variety of roles and positions.

“They leave knowing the industry is huge. There are more job titles than you can remember.

A compositor merges all the elements of a film, from principal photography to special and visual effects. A Generalist has a high degree of skill in multiple disciplines, including modeling, lighting, texturing, shading/look development, special effects, matte painting, animation, shot compositing, and rendered. A creature designer is, well, what it sounds like.

“Almost every student who comes through our lab comes away with a studio job,” said Sean Arden. As a Research Technician at Emily Carr University of Art and Design, he helps staff and graduate students create and execute research projects and industry collaborations that explore advanced media.

“Last year, most of our students were recruited by Sony. Some work as modellers, others as character designers.

According to ca.talent.com, entry-level salaries in the visual effects industry start at $58,500 per year.

Kim Paris, Emerging Talent Manager for ILM for Vancouver and San Francisco, says, “There are lots of jobs in general. Recruitment is done in all our studios.

Besides Vancouver and San Francisco, ILM has studios in London, Singapore and Sydney.

Paris works in university and school extension, with students as young as primary school age through post-secondary. Internally, she works with ILM’s Jedi Academy, an in-house internship and trainee program for emerging talent.

Traditionally, the industry has been heavily male-dominated. Paris says that the ILM bets on diversity. Last year, the Jedi Academy had “about a 50-50 gender split,” she says.

“The thing I always say to juniors is that ILM is about telling stories. We want to have diverse stories and to do that, we need diverse perspectives.

“High schools are the exciting place right now,” she said. “There are so many opportunities and ways to inspire students.”

She quotes a quote from Light & Magic, a recent Disney+ documentary series about the Lucasfilm FX company: “No one dreams of becoming a visual effects artist when they grow up.”

“And that’s no longer true. We really say to high school students, “You like to draw, you like to make art. It could be a career. You can keep doing what you love.

Sign up to receive daily news from the Vancouver Sun, a division of Postmedia Network Inc.

Thank you for your registration!

A welcome email is on the way. If you don’t see it, please check your spam folder.

The next issue of Vancouver Sun Headline News will soon be in your inbox.

We encountered a problem during your registration. Try Again