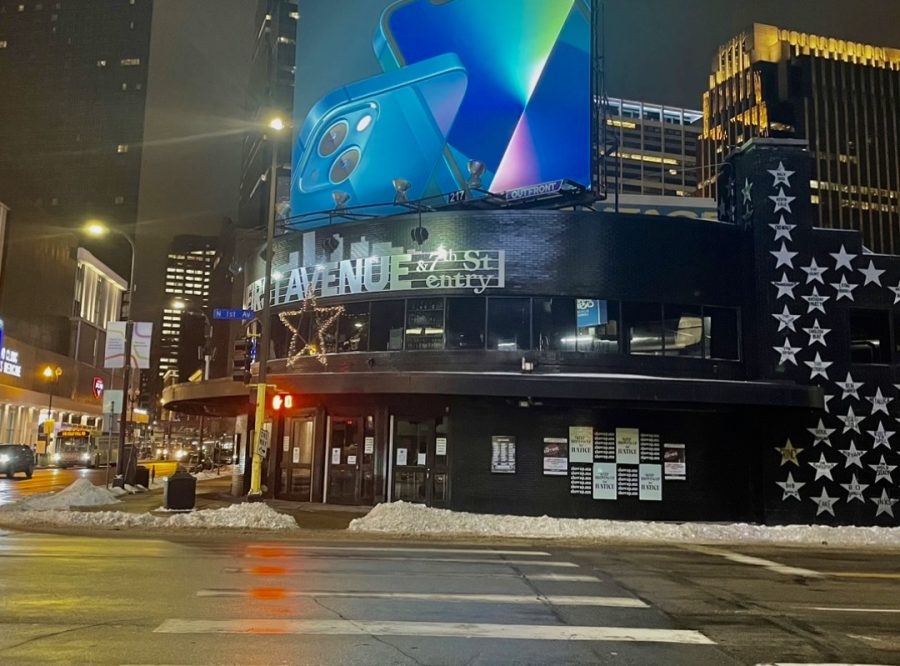 As the Omicron variant drives up COVID infection rates, music residencies in the Twin Cities are put on hiatus.

Before the Omicron variant swept through the Twin Cities, local concert halls opened their doors to winter residences, allowing local musicians to return to stages that had been desolate for nearly a year and a half.

After the variant spread widely, causing COVID-19 cases to skyrocket and businesses to temporarily shut down, musicians and music venues are once again canceling residency programs, leaving local artists out of work.

A musical residency is a series of concerts given by a musician, similar to a concert tour, but only performed at one location. With the ability to perform multiple times in front of different audiences, residencies provide exposure to new listeners, the opportunity to experiment with new styles of performance, and the comfort of knowing that another performance is waiting around the corner.

Throughout December, the Gully Boys held a weekly residency at the 7th Street entrance to First Avenue. With local musicians like Raffaella and Boyish on the program, the residency allowed the band to expand their musical relationships in the Twin Cities and foster a new sense of artistic freedom during their weekly performances.

“Residency is like a crash course in how to do it all.” says McGill.

Mariah Mercedes, the “new little brother” and guitarist of the Gully Boys, explained that residencies allow an artist to experiment with their performance styles and techniques.

“I’ve heard of people using it as a way to debut new material,” they said. “After doing the same sets multiple times, it can be fun to switch things up.” Known for offering varied programming at a recurring time and place, residencies provide new exposure opportunities for both the lead musician and opening acts.

The Gully Boys organized their entire residency and the new experience has broadened their understanding of all aspects of organizing a gig. Their December residency was a complete experience for the Gully Boys: from researching opening acts, to creating the performance schedule, to working with the lighting and sound booths to get their performances perfect.

Prior to their final performance on December 26, several members of the opening bands and the Gully Boy merchandise vendor tested positive for COVID-19.

“We didn’t want to become a super dispatcher,” said Kathy Callahan, the band’s lead vocalist and guitarist. “Then it became increasingly clear that the [Omicron] the variant is truly contagious and spreading.

Everyone in the band agreed that canceling the last show was the right decision and within days other residences across the metro began to follow suit.

“It’s a super confusing time,” said Alex Schaaf, lead member of Yellow Ostrich. Built on a lineup including local musicians Lupin, DNM and FruitPunchLoverBoy, the residency was scheduled to begin in January at Mortimer’s Bar in Minneapolis. Within 24 hours of the first performance, the show was cancelled.

Schaaf explained that while COVID rates have remained high, the full Yellow Ostrich residency has not been canceled. He said the band takes it day by day, and if the musicians feel safe to play, they will.

“The thing is, I would never prioritize a show about people’s safety and health,” Schaaf said.

DeCarlo Jackson, one of the creators of Blossom, a new artist collective led by the Hippo Campus group, agrees with Schaaf. Beginning in January, Blossom has planned a weekly residency at the Turf Club in St. Paul with the aim of promoting the artists and musicians working within the collective.

Jackson was in charge of residency programming. From contacting musicians and planning the staging, to curating the schedule and scheduling of performances, he spent several months creating what he hoped would be the start of Blossom’s first imprint. within the Twin Cities music scene.

But before the first of the year, the decision had been taken to postpone the residency.

Jackson said the residency will return this summer. At the moment, it encourages music listeners to stream songs, repost music and musicians’ online posts, buy merchandise and music on Bandcamp.

“It makes sense for things to stop. Things should stop,” Jackson said. “That said, no, I don’t like it. It absolutely sucks that we had to cancel this.