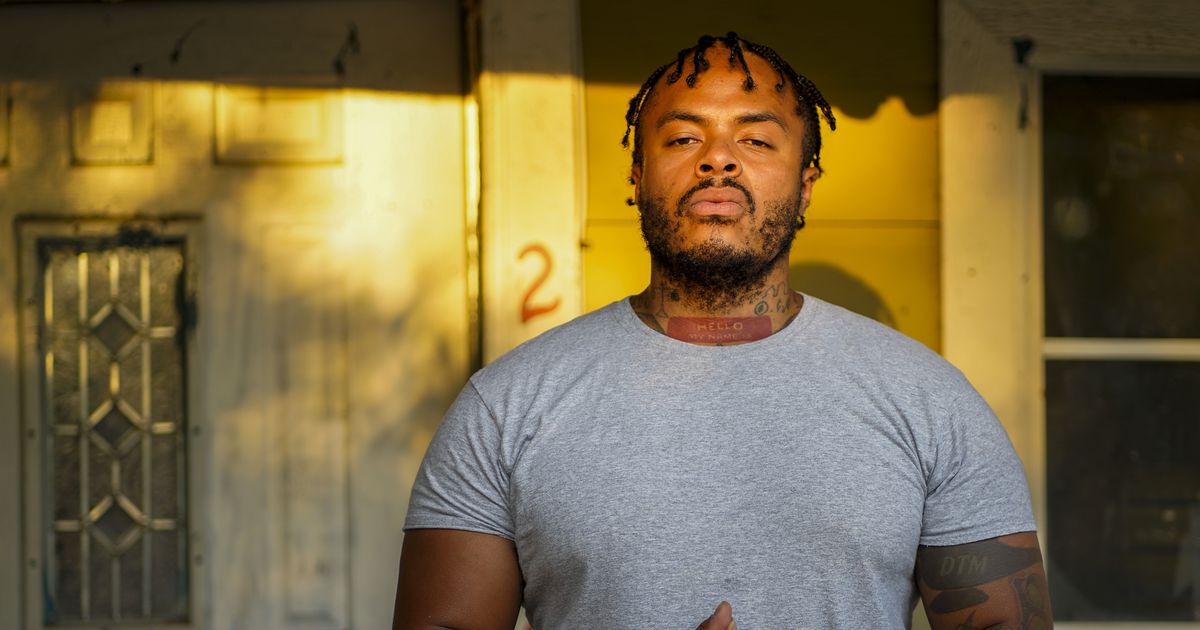 For more than a decade, David-Jeremiah has been one of Dallas’ most provocative artists. He first made a name for himself as an actor, then as a performance artist. As a visual artist, he’s gone from zero to 60 in two years, a feat as impressive as the 2.2 seconds it takes for a Huracán from Lamborghini, the car brand that inspired Jeremiah’s exhibit artwork. “I Drive Thee”, now on display. at Gallery 12.26.

Jeremiah refers specifically to Lamborghini because the company names its car models after bulls that have won victory over matadors in the tradition of Spanish bullfighting. This series of eight circular paintings, or tondos, are painted in the vibrant bright red, black or yellow colors popular for sports cars. These steering wheel-shaped works, like those of 2021 El Cobardeare aggressively sized but subtle imagery, invoking elements of the male human form, or more specifically the corpse.

The works continue Jeremiah’s exploration of black masculinity, in both art and performance, this time through a hazy mix of luxury car culture and gladiatorial sport. The underlying commentary, visually understated as it is, connects the exploitation of black men in contemporary society to that of the bull in the bullring: reviled for sport, killed in the public arena, rarely victorious. Certainly, these connections to important contemporary conversations do not detract from Jeremiah’s rapid rise to power. In its rearview mirror is an impressive number of exhibits in New York, Washington, DC and Dallas.

But this may be his most commercially impressive exhibit to date. From the first week, six of the eight works were acquired, including one by a major museum. When it comes to his career, Jeremiah sits in the driver’s seat.