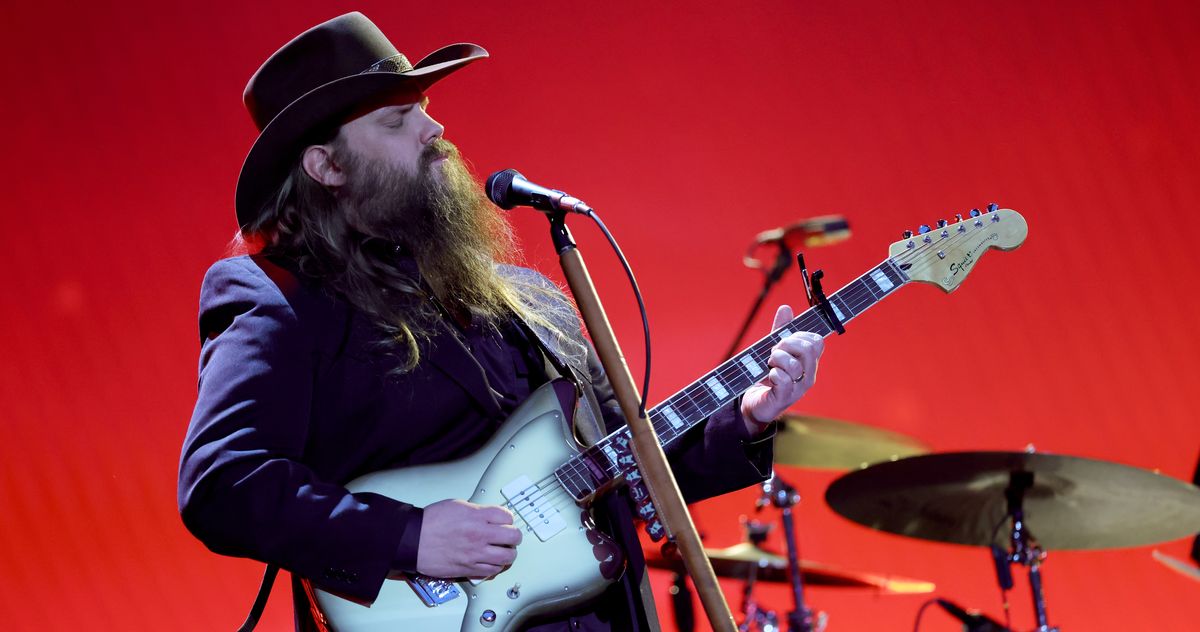 In just under four weeks, the Grammys will land in Las Vegas after an Omicron-related delay. Meanwhile, the Academy of Country Music just made their return to Sin City for the first time since 2019 at Allegiant Stadium. The show was like the Grammys in one way: its commitment to incorporating as much live music as possible, even if it was a rewards To display. It helped that this year’s event aired exclusively on Prime Video, becoming the first major awards show to be streamed only – and bypassing commercial breaks in the process. This allowed the ACMs to pack more than two dozen musicians and a handful of trophies into a tight two-hour set that was meant to look like a mini music festival. Here are the highs, lows and whoas of the night.

HIGH: Kicking off Vegas with a show!
Just giving Dolly Parton a monologue might have been enough for an opening. But this is the ACM’s big return to Vegas, and it deserved a show. So we had a few Dolly jokes (“You know how much I hate anything fake” was perfect) before lively performances from co-hosts Jimmie Allen and Gabby Barrett (what else but “Viva Las Vegas ” and “Let’s go to Vegas”). It was the right start for Prime’s ACMs, which aimed to come off as one big gig.

LOW: Eric Church’s drunken and disappointing medley.
Eric Church has the hits to make a great medley throughout his career – and he played dozens of them during his ACM performance. This left him singing just two or four bars of some of his greatest songs for a rote performance without much excitement. Do you remember the CD commercials where they played five second clips of about ten tracks? It felt less like a live performance and more like one of Eric Church’s greatest hits.

LOW: Is that Walker Hayes… at the concession stand?
For the most part, the ACMs used its venue – the 70,000-capacity Allegiant Stadium – well with multiple stages set up on the pitch and concourses. The only misstep came at the start of the show when Walker Hayes started his performance in a concession stand before awkwardly heading out onto the field. (Shout out to the woman walking behind him for much of it, just trying to find her way back to her seat after grabbing a beer.) At least that seemed appropriate for a guy whose the biggest success checks Applebee’s name.

LOW: The links with Prime Video.
Yes, we knew it was coming. But could it have been more blatant? Prime Video not only booked two of its own actors to present the night’s top awards; it also kept the self-promo going throughout the evening with trailers for upcoming Prime shows you’ve probably never heard of before. I guess that’s still better than commercial breaks.


Besides usually hosting the ACMs, Las Vegas holds a different and uncomfortable place in country music history as the site of the filming of the Route 91 Harvest festival, the deadliest mass shooting in American history. Chris Stapleton channeled his rage over the tragedy in ‘Watch You Burn’, from his 2020 album, restart. He dusted off that one for the ACM’s return to Vegas with the kind of soulful performance he does best, held together by his howl and intricate guitar playing. That would have been more than enough to make it stand out, not to mention Stapleton singing about gun violence, without mincing his words, at a major awards ceremony in a country. Add a surprise choir at the end and you have the performance of the night.

LOW: Morgan Wallen is back.

And ACM Album of the Year goes to… Dangerous: The Double Album by @MorganWallen! #ACMawards pic.twitter.com/4AcbMY0Zyf

If tour dates and Grand Ole Opry appearance weren’t compelling enough to have Morgan Wallen back in the country’s good books after uttering the N-word on video last year, how about to win one of the best prizes of the evening? Wallen won album of the year for Dangerous: the double album, marking his first major award since the controversy (from the ACMs no less, who removed him from contention in 2021). Going through the numbers, Dangerous was Country Album of the Year thanks to its huge success on the charts. But the numbers can’t prove Wallen learned from his mistake — a mistake he didn’t even mention in his acceptance speech, simply referring to the people who showed him “grace.”


Country breakout as hell Lainey Wilson surprised early in the night, picking up a Song of the Year win for his radio hit ‘Things a Man Oughta Know’ over better-known quantities including Walker Hayes, Morgan Wallen and Jordan Davis. “It’s not just something a man should know,” she said during a charming acceptance speech. “That’s something we all need to know!” Later that night, Wilson returned with a showpiece performance of the winning song, in which she showed off her powerful vocal chops and had fun on the big stage. She deserved it.

WHOA: 35 minutes of music in a row?
That’s right — this year’s show delved into the ad-free benefits of streaming by touting a 35-minute mini-concert of back-to-back performances. Sounds like a dream compared to the awkward price discounts you’re used to? Well, the gambit needs a little tweaking. The segment could have benefited from a bit more host presence to break things up; without it, it was shocking to go from artist to artist, barnstormer to ballad, in mere minutes.


That’s the trick of an evening full of music: the songs can get confused, and those that hang around draaag. (Looking at you, Jason Aldean and Carrie Underwood perform the same song we’ve heard on TV five other times.) But let’s talk about a few stars! Maren Morris gave an in-depth look at her stellar new single, “Circles Around This Town,” which doubled as a great tour advert she announced earlier today. Thomas Rhett hopped on the piano for a soaring, string-accompanied version of his song “Slow Down Summer.” The Osborne Brothers pulled off their win as Duo of the Year with a stunning performance of “Skeletons” featuring cool skeleton-inspired jumpsuits. And rising star Breland made a joyous noise with “Praise the Lord,” backed by the night’s second backing vocals and help from Rhett.


It was the moment we’ve been waiting for – and the ACMs made us expect. After more than 100 minutes of show, we finally had this promised tribute to Kelly Clarkson in Parton, and if you had a doubt? She delivered. Clarkson took the mother of all covers, “I Will Always Love You,” written by Parton before it was popularized by Whitney Houston. She sang a simple and true rendition of the song, showing off her signature belt without ever overdoing it. “I was backstage trying not to cry my false eyelashes and throwing snot all over the place and tears,” a coy Parton said afterwards. Her and us.

WHOA: Miranda Lambert finally wins the big trophy.
The most awarded entertainer in ACM’s history had never won the show’s highest accolade, Entertainer of the Year. That changed on Monday night when Miranda Lambert lifted the trophy, also becoming the first woman to win solo in a decade since Taylor Swift. (Underwood tied with Rhett in 2020.) Hey, we’re telling you, she’s deserved it for years.