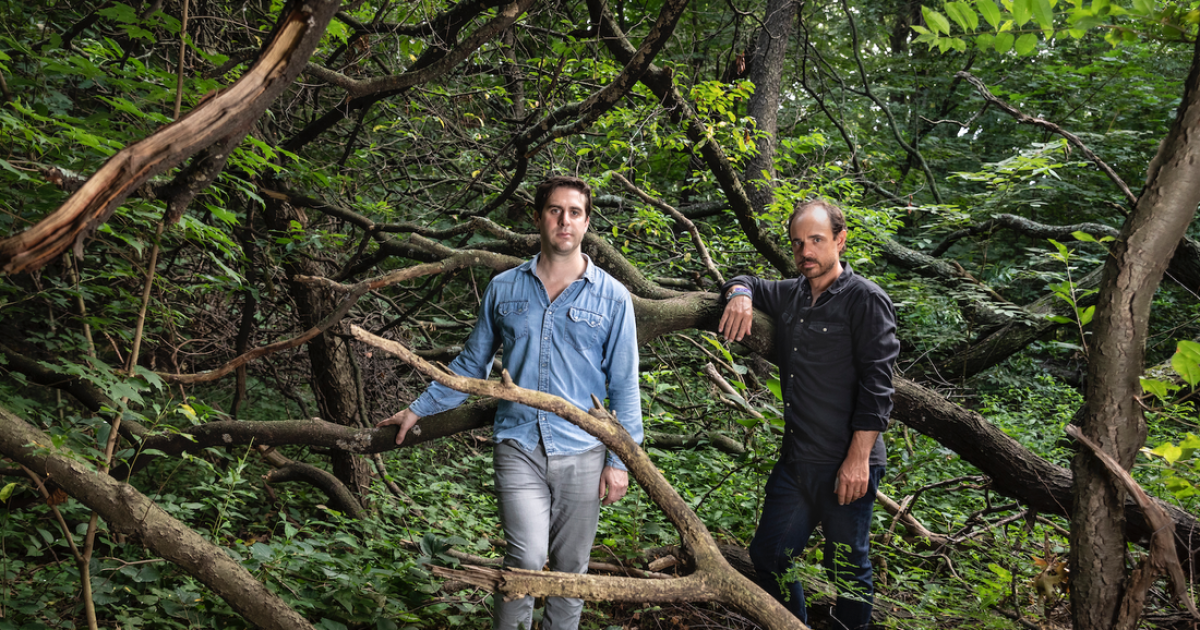 Hildegard of Bingen – the composer, writer, and visionary mystic active in Germany during the High Middle Ages – would seem an unusual focal point for a pair of jazz-trained, Brooklyn-based electronic artists in 2022. But that is precisely the case for Micah Frank and Chet Doxas, whose new album is due out November 18 on Puremagnetik.

The first single from the album, which is titled The music of Hildegard Von Bingen, first part, is a version of “Ave Maria” featuring harpist Mary Lattimore. A new single, premiering here at WRTI, finds guitarist David Torn joining Doxas (on clarinet) and Frank (on electronics) for their rendition of “O Ignee Spiritus.”

Frank and Doxas forged their creative partnership in 2018 – eventually releasing an ambient album, All roads, which was enthusiastically received. The idea to invoke Hildegard von Bingen came from Doxas, whose familiarity with his works dates back to his time as a student at the McGill Conservatory in Montreal.

“My counterpoint teacher talked about his holistic approach to music writing,” Doxas said in a press release. “The natural world played a big role in her songwriting voice. I drew inspiration from her, allowing outside influences in my life to blend into my musical ideas. When I improvise with Micah, it often includes drones in its sound, while I play single-note melodies or improvisations. This pairing is similar to early music, with a melody on the cantus firmus.

A direct address to the Holy Spirit, “O Ignee Spiritus” finds von Bingen clearly assessing the stark contrast between good and evil. According an article on the anthem of the International Society for the Studies of Hildegard von Bingen, her language combines devotional fervor and metaphorical detail: “By you the human spirit is kindled / the tabernacle of his soul / contains his strength.” Here is a version by set of early music Sequentia.

Frank and Doxas, working with Torn, pursue an abstract version of the anthem, working with tape loops and pedal distortion. The result is a soundscape that evokes aspects of the downtown vintage scene – the territory of Bill Laswell and John Zorn – while maintaining a contemporary underpinning. In addition to Torn and Lattimore, the album includes guest appearances from bassist Michael Formanek and electronic artist Kodomo.

“We realized that a lot of our work sounded like early medieval or Renaissance music,” says Frank. “We sought out a composer to help limit our songwriting and production process to these elements of early music. Von Bingen’s compositions were perfect for our production and instrumental style.”

Frank and Doxas are on tour with other Puremagnetik artists next month.

Events in German continue in Cyprus, the magical world of Lieder is planned – Famagusta Gazette

Spotlight: Uzbekistan Pavilion goes beyond art to activate connection and learning at the Venice Biennale