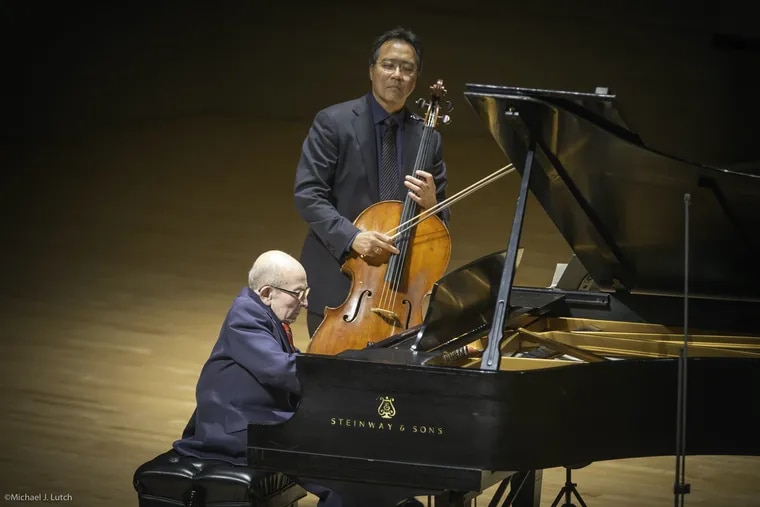 Knowing the Holocaust in all its details is one thing. But hearing and feeling it from the souls of those who were in the midst of it becomes a singular revelation in the monumental new book. Our will to live by Philadelphia-born violist Mark Ludwig. In addition to playing in the Boston Symphony Orchestra for 36 years, he has spent the past three decades researching, promoting and performing music written by the Jewish composers incarcerated at the Terezín concentration camp during World War II, from 1941 to around 1944.

Even for those who find Holocaust literature too painful to bear, this collection of artifacts from Jewish artists and musicians – subtitled Viktor Ullmann’s music reviews of Terezín, illustrations by Terezín artists – is uplifting in a way that affirms humanity. The 328-page hardcover book published by Steidl ($45) is superbly organized with sketches of the inner recesses of the camp, musical programs and a meticulously curated playlist that includes historical recordings made in the camp as well as recordings Modern Yo-Yo Ma. It’s not just a book. It’s a world, and one that elicits almost every possible emotion.

Many artifacts here have been known for decades. But maybe the world didn’t have the kind of historical perspective to really understand them and get into them. Composers Ullmann, Hans Krasa, Pavel Haas, Erwin Schulhoff and Gideon Klein have garnered international attention in recent decades, thanks to Ludwig (also a member of the Hawthorne String Quartet), conductor John Mauceri and producer Michael Haas, who orchestrated the London/Decca label’s series of recordings entitled “Entartete Musik” (Music Prohibited in the Third Reich).

We already know that the composers of Terezín are part of a lost generation that felt the opposing attractions of the rustic Leos Janacek and the cerebral Arnold Schoenberg. Meanwhile, the discovery of tracks banned by the Nazis that were left behind when Jewish composers who managed to flee the Third Reich broadened the notoriety of European music between the two wars.

And never more than recently in a case of the opposite circumstances: the Berlin composer Eugen Engel obtained his opera manuscript Grete Minde from Germany, although he was left behind and died in a concentration camp in 1943. Recently discovered in a basement in San Francisco, the opera premiered in Magdeburg on February 13, with broadcasts radio revealing the opera as a lush cross-section of 1930s Korngold/Strauss Sensibility.

The book, however, focuses on Terezín, which was not a death camp like Auschwitz, although there were many deaths among the 142,000 Jews who passed through this Bohemian walled city (aka Theresienstadt), in road to Auschwitz. That 23,000 survived – some living long enough to be interviewed by Ludwig – is partly due to the camp being used for Nazi propaganda purposes. Inspections by the International Red Cross were periodic. Documentary film that tried to tell the world that Jews weren’t being exterminated and maybe getting proper treatment included preview of children’s opera Brundibar, played in camp (and heard in the book’s playlist). But the photos of these kids don’t lie: no matter how fiery their performance, sadness is etched on their faces.

“They [the Red Cross] seemed completely fooled by the false front set up for their benefit,” Rabbi Leo Baeck wrote to Terezín. “The effect on our morale has been devastating. We felt forgotten and abandoned.

Most of the time, Terezín was brutally overcrowded. Suicide was rampant. Just like malnutrition and death. “The soups were made of powder. Nobody knows what was in the powder,” according to Edgar Krasa, who supervised the kitchens. “Now it has grown and it’s not pretty but true – it wasn’t who you knew, it was who you knew in Terezín. If you know the guy in the kitchen who was pouring the soup, he went a step further and brought you potatoes in your soup.

The lethargy of this existence is unimaginable until you hear Ullmann’s satirical opera, written in Terezín, The Emperor of Atlantis (which was carried out by the Curtis Institute). At the start, a character sings, “Each day spills over into the next. … One day, two days, who will buy new days? Beautiful cool days, undiscovered. …”

Then the main character of the opera (Hitler, of course) is abandoned by his best friend, Death. “Who after that will still obey me? cried the Emperor. “Does death refuse its duty?

Jews were no longer allowed to own musical instruments, but all manner of them found their way into the camp and into the hands of musicians who had been forcibly removed from Prague’s strong artistic community. The fact that all creativity happened is more than remarkable.

The composer Haas – the star pupil of the great Janacek – arrived in Terezín in 1941, having divorced his non-Jewish wife to prevent him and their daughter from following him to Terezín. He was in no mood to join the other incarcerated composers. Ludwig recounts in one of his many illuminating footnotes: “In an attempt to engage and encourage Haas, young Gideon Klein shared sheets of paper on which he had drawn musical staves.

What drove this activity in Terezín under almost impossible conditions is summed up by Ullmann: “Our desire for culture was equal to our will to live.

Initially, the music was made in secret, in the attics of the barracks. In the end, the culture was sanctioned. Mozart’s operas were performed with the approximate resources available. Verdi’s Mighty Requiem was performed by a choir of prisoners with simple piano accompaniment, allowing the captive to stare the captors in the face while singing “Dies Irae”. According to Edgar Krasa, “Even SS officers came from Berlin and Prague. Schacher [the conductor] wanted to make a musical protest to the Nazis sitting in the audience when we sang…”day of wrath and judgment”…but the Germans felt like we were all singing our Requiem.”

Although no one inside Terezín knew what they faced when they were sent to Auschwitz, the Nazis knew it. “From time to time a thousand unhappy souls came here and a thousand other unhappy souls left,” writes 15-year-old Petr Fischl in his diary.

Many Terezín musicians had the foresight never to be seen again, and they left their manuscripts and papers behind, whether hidden in the floor of their barracks or in the trusted hands of fellow inmates. Some 500 documents were kept by Karel Herman, who enjoyed a somewhat privileged position in the camp before being shipped “east” (Auschwitz) in 1944.

The various artifacts take consciousness to a whole new level. The sketches give a detailed look at what the stages looked like. The handcrafted programs for the concerts capture the script and overall style of the pre-war 1940s, with a dash of gallows humor for the 1944 “Ghetto Swingers” jazz concert.

But death hovers in the book. After listening to Erwin Schulhoff’s outgoing, upbeat music, I was stunned to turn a page of Ludwig’s book to see a sketch of the composer on his deathbed – eyes closed, jaw dropped. Another, Sigmund Schul, died aged 28 after a long illness. “We have lost a truly inspiring artistic personality,” Ullmann wrote. “It’s not a cliché of praise if I say that he was absolutely right to say, shortly before his death, ‘What a pity this is happening to me.’ It was the truth.Most of the other composers were murdered in Auschwitz.

The heart of the book is Ullmann’s music criticism. It’s top notch writing – with pointed observations that go a long way to evoking what he heard and felt. Example: The Waltzes of the Women of Wine and Songs by Johann Strauss Die Fledermaus fell flat for him. “Dancing on the graves of the future and at our expense”, is how he described the experience. “We take a sip of his champagne,” he wrote, “but we stay sober.”

The music written in Terezín was not likely to be easygoing, and it is not: they were major compositional figures in a conflicted era where music was being reinvented in all sorts of ways. – with JS Bach hovering in the background. Ullmann’s String Quartet No. 3 is a particularly rigorous, compact and durable structure. The brightest light was the versatile Klein. Comparisons with Leonard Bernstein are not easy: the two were around the same age and even looked like a family. But as Bernstein in the 1940s raged at the world to stop destroying himself in his Symphony No. 1Klein was deep within the walls of Terezín, searching for a solution.

At one point Ullmann wrote: “If genius means fighting the battle of existence against oneself rather than against others – the battle of genius against the demon – then to be a mystic is to have fought this battle and have won it.”

Be that as it may, the composers had to withdraw into themselves to find a safe place, a place of creation where music was possible. Does that make them mystics out of necessity?