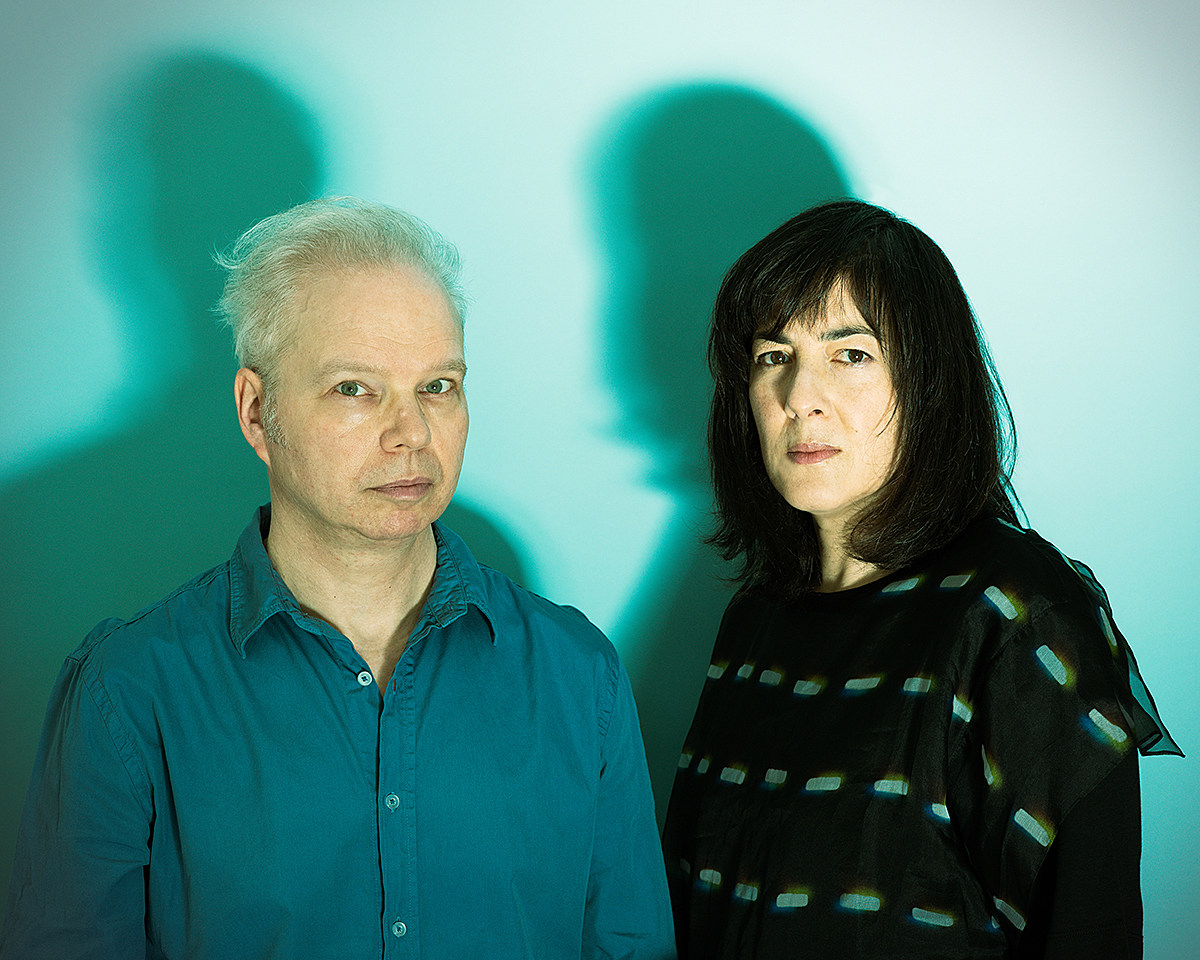 Veteran dreampop duo Damon and Naomi will release his new album, A sky record, this Friday (8/6), which once again associates them with guitarist Michio Kurihara. Right before that, you can get another taste via “The Aftertime”. It’s a beautiful song with Kurihara’s flowing style covering it like a gentle wave at sunset.

The video for “The Aftertime” was directed by Naomi and fashion designer and artist Gary Graham. “Gary Graham and I have worked together for almost 15 years,” says Naomi. “I wear his clothes everyday and on stage and have collaborated with him on many videos for his brand, GaryGraham422. ‘The Aftertime’ is a song about the kind of freedom you can give yourself back, after coming out of a difficult situation – whether it’s a relationship or a year and a half of confinement … “

Gary adds: “The original idea was of a squatter who begins to superimpose his own fantasy world on an abandoned building. I love the interior landscapes and the seascape and the castle wallpaper – our castles, the interior / exterior worlds that we occupy. Naomi’s voice is like a legacy siren call, the singer like a trickster from a far away place. This place is where Damon and Naomi live, a place that offers a new hypnotic understanding of time, allowing to see how long the sun lasts.

The video for “The Aftertime” is featured in this article and you can watch it below.

We asked Damon & Naomi for a list of things that influenced A sky record and they came back with a list of inspirations for the record and the new video, including musicians (Carole King, Sandy Denny), collaborators (Graham and Kurihara), instruments (Fairlight synthesizer, nylon string guitars), record companies, books, movies, etc. Check out the list, with five choices from Damon and five from Naomi, along with comments, below.

Damon and Naomi will celebrate A sky record with an exit show at Brooklyn’s Baby’s All Right August 12 with Ryan el solh, and JR Bohannon. Tickets are on sale.

1. Gary Graham: I co-directed this video with my friend, fashion designer Gary Graham. We share a love of old textiles, old houses and how the past haunts the present. Gary found this amazing place near where he lives in Franklin, NY, and made up a story (he designs all of his clothes from stories like this) about a woman squatting in a abandoned part of a house, living above the owners unbeknownst to them. Gary is currently a competitor on Make the cut Season 2, the last episode is this week!

2. Carole Roi: I love playing Carole King’s songs on the piano, and I suspect some of her vocals and chord structures have crept into this record. I know I was inspired to start “The Aftertime” with mid 8 / bridge because of the way Carole King often starts songs other than the verse, like on “So Far Away”.

3. Tarkovsky: I love Tarkovsky’s films because of the way he incorporates dreaming into everyday life – my videos aren’t science fiction or historical sagas, and they certainly don’t last three hours, but Tarkovsky’s visual language had a powerful influence on them independently.

4. Sandy Denny: Sandy Denny is a constant inspiration to me, her voice, her performance and songwriting. Breathtakingly beautiful. You are likely to find me playing his songs on the piano too …

5. Fairlight Synthesizer: The keyboard sounds I use are mainly Wurlitzer, Rhodes, Hammond… analog electric instruments. And I love the oscillation of the Mellotron analog tape. But while we were working on overdubs for this album, I was suddenly drawn to the weird, cold sounds of the first digital synth, Fairlight. These are just touches here and there on the album, but they were important to complement the overall sound – in “The Aftertime” you can hear the Fairlight come in for the final chorus.

1. Sky records: Our new album is named after this German label from the 70s, which released mostly instrumental records from a group of Krautrock players that we love a lot – Michael Rother, Jaki Liebezeit, the guys from Harmonia and Cluster, as well as their collaborations with Brian Eno. We were listening to Sky Records while writing our new songs, not whether they were ambient or motorik or whatever, but we wanted to capture something of their calm. What we kept asking ourselves was, what if we made A Sky Record…?

2. Michio Kurihara: We’ve been working with electric guitarist Michio Kurihara since 2000, when he came to record with us as part of the band Ghost – and we’ve recorded and toured together ever since, often as a trio. But Kurihara hadn’t been able to leave Japan in recent years, for family reasons, so it had been a while since we had the opportunity to spend time with him. In November 2019, Naomi and I were invited to play a small festival in Japan, and we took the opportunity to invite Kurihara to a studio in Tokyo to layer her parts on basic tracks for our new songs. It was sort of miraculous timing, in retrospect. We had to spend our confinement layering the rest of our parts on Kurihara’s magnificent electric guitar. It’s just the three of us on this album.

3. Nylon string guitar: I’m a drummer first, and Naomi says I play acoustic guitar like a percussion instrument (she’s right). But in recent years at home I’ve also played nylon string guitar a lot, which has led me to more fingerpicking and different chord choices as I write. It all started with a tour of Brazil, when the promoter ran out of dollars and I offered to take home a Brazilian guitar instead of money… best touring decision ever!

4. The Memoirs of Rose Simpson, Muse, Odalisque, Handmaiden: the life of a girl in the Incredible String Band: This book came along while we were recording our overdubs, and something in Rose’s mind made me feel very free to put whatever felt right at that time, for that song, on that instrument. , at this moment. I just felt uplifted by his present hippie embrace, I guess! And her courage – she’s a self-proclaimed “non-musician” who has stepped out and contributed to some of my favorite albums.

5. The criterion channel: The Criterion Channel was a godsend for the lockdown… we ended up making our way through several of their archival film series. But one in particular ended up influencing the album, because we got a little obsessed with the original Kurosawa soundtracks. There are then two composers with whom he worked a lot, Fumio Hayasaka and Masaru Sato; both use a lot of alternative percussion, especially traditional Japanese instruments, mixed with more familiar “Western” tropes of both classical and popular. Maybe it was initially because movies are so obsessive, but we ended up buying a few LPs of music and they work beautifully on their own. Soundtracks can project a feeling very powerfully, I guess because they illustrate precisely that and they really go into it. It’s also a goal that we tried to adopt for these songs.

The 10 books Pembs and Valletta and the Year of Changes are new books from the Narberth Museum bookstore.