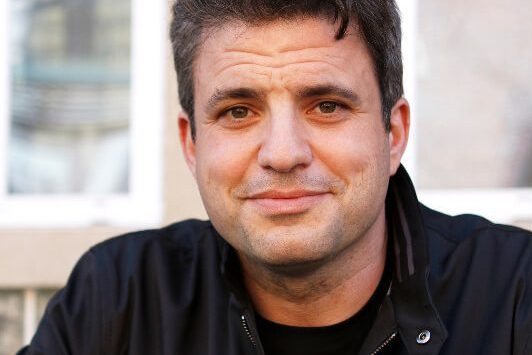 LAUNCH OF KUSUNOKI: Stanley Kusunoki celebrates the publication of his fourth collection of poetry, “Shelter in Place – Poems in a Time of COVID-19”. He has taught writing to youth through local programs and received a Cultural Collaboration Grant from the State Arts Board to create, write and perform â€œBeringia-The Land Bridge Projectâ€ with Ojibwa poet Jamison Mahto. 7 p.m. Thursday, September 30, Eat My Words Bookstore, 214 13th Ave. NE, Mpls.

TERÃˆSE MARIE MAILHOT: Readings from his successful memoir “Heart Berries”. A member of the Seabird Island Band, she has received the Whiting Award and the Spalding Prize for the Promotion of Peace and Justice in Literature. 7 p.m. Wednesday September 29 via Zoom. Presented by the University of Minnesota Creative Writing Program and the Edelstein-Keller Visiting Writer Series. Register at: umn.zoom.us/webinar/register.

THREE CATHOLIC POETS: Angela Alaimo O’Donnell of New York, and Paulite Saints Maryann Corbett and James Silas Rogers read excerpts from their poetry, whose frequent themes are Catholic life past and present, prayer, sacramentality, and saints. O’Donnell is a professor at Fordham University in New York where she teaches English, Creative Writing, and American Catholic Studies. She is the author of nine collections of poems, the most recent of which is â€œLove in the Age of Coronavirus: A Pandemic Pilgrimageâ€. She has also written three critical studies on Catholic writer Flannery O’Connor and has written extensively on the Catholic intellectual tradition. Corbett is the award-winning author of five collections of poetry, most recently â€œIn Codeâ€. Much of his poetry has to do with growing up Catholic. Rogers is the author of two collections of poems, “Sundogs” and “The Collector of Shades”, as well as a book on cemeteries and sacred space, “Northern Orchards”. 7:30 p.m. Friday, October 1, St. Albert the Great Catholic Church, 2836 33rd Ave. S., Mpls. Free and open to the public.

MAY DER VANG: Celebrates the release of “Yellow Rain”, a work of memory, poetry and collage, in which she tells the story of how many Hmong refugees, abandoned by the United States at the end of the Vietnam War, spoke of a mysterious substance that fell from planes as they fled Laos from the mid-1970s. They called it â€œyellow rainâ€ and it caused serious illness and thousands of deaths. Mai Der Vang, who lives in California, is an editorial staff member of the Hmong American Writers’ Circle. She will be in conversation with award-winning Minnesota writer Kao Kalia Yang. 7 p.m. Friday, October 1, presented by SubText Books and East Side Freedom Library, both in St. Paul. Broadcast for free via Crowdcast. To register: crowdcast.io/e/mai-der-vang-for-yellow/register.

RITA WOOD: Author of “Remembrance”, one of the most famous historical fiction debuts in years, about a sacred refuge for runaway slaves that exists outside the normal limits of time and space, the most unusual feature of the Underground Railroad. 7 p.m. Tuesday, September 28. Virtual. Featured in the MELSA Club Book series. Streamed live on facebook.com/ClubBook.

DAVE ZIRINE: Named one of the â€œ50 Visionaries Who Change Our Worldâ€ by UTNE Reader, Zirin is a graduate of Macalester College and Nation Magazine’s first sports reporter in 150 years. He will talk about his book “The Kaepernick Effect”, first-person stories of how footballer Colin Kaepernicks “gets down on his knees” sparked a national movement of citizen athletes fighting for racial justice.

This fundraiser for East Side Freedom Library will feature Zirin in a conversation about sports, activism, and fairness with Mi’Chael N. Wright, a doctoral student in sociology at the University of Minnesota. She is a former Division I athlete who organized a knee strike in 2016. 4:00 pm Sunday, September 26th. Free, via Zoom. Information at: eastsidefreedomlibrary.org/events.

Minnesota Publishers Lerner Publishing Group and AsclÃ©piades editions team up to create an adaptation for a young reader of botanist and Citizen Potawatomi Nation member Robin Wall Kimmerer’s bestselling book, “Braiding Sweetgrass: Indigenous Wisdom, Scientific Knowledge, and the Teachings of Plants.” The new edition will include added illustrations and will be adapted for a young adult audience by Monique Gray Smith (Cree). The publication is in the fall of 2022.

Minnesotan fans that of Matt Goldman the writing will be happy to know that “Carolina Moonset”, her first independent novel, will be published next May. It’s about a man who listens to his sick father’s memories of his childhood in Beaufort, South Carolina, and begins to realize that his father is revealing deadly secrets that could shatter lives.

Two writers from Minnesota celebrate the milestone of 100,000 copies sold: that of Anne Frasier “Find Me” and Wendy Webb’s “Daughters of the Lake”.