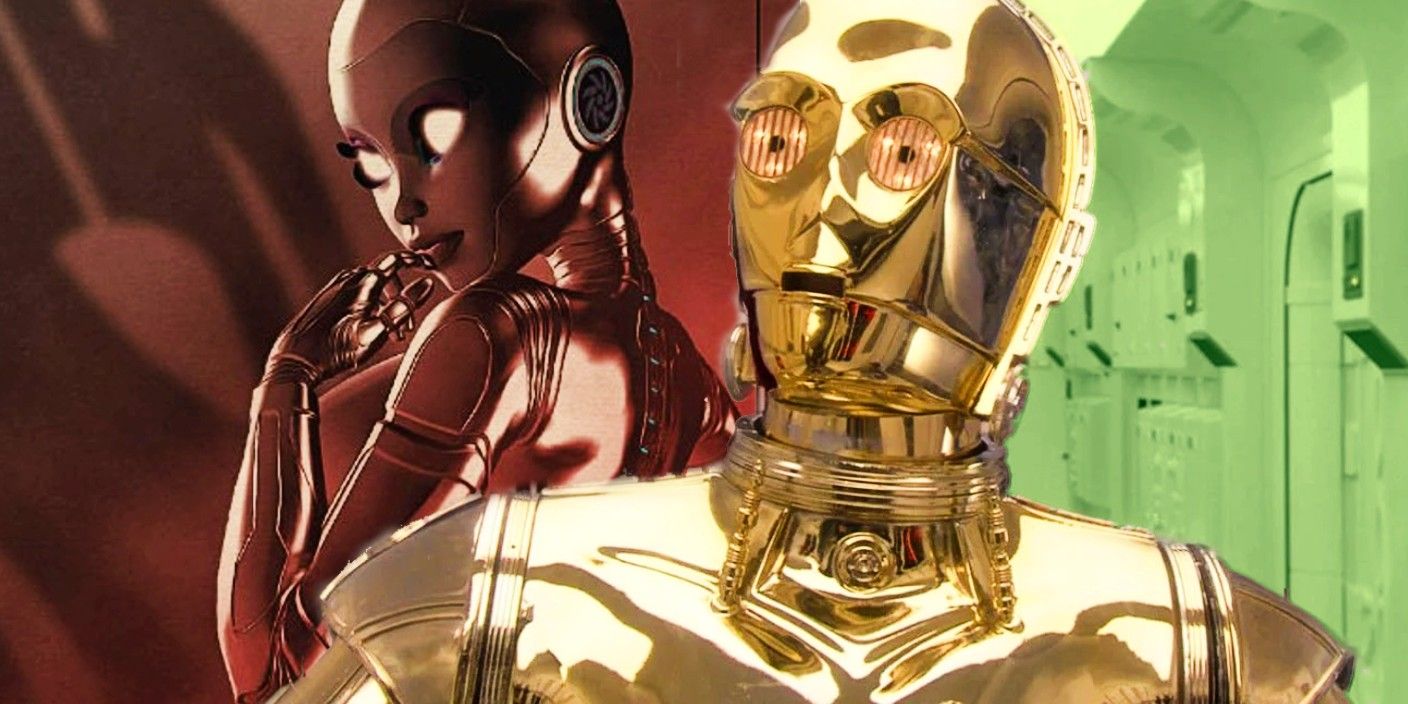 A poster in Disney’s Star Wars canon is arguably suggestive, and it’s led to some misconceptions about what exactly the droid in question is.

A poster in the 2016 star wars canon book Star Wars Propaganda: A History of Persuasive Art in the Galaxy by Pablo Hidalgo seems to allude to the existence of sex droids. star wars Droids are designed with certain functions in mind. Although they are capable of varying degrees of self-control and interpersonal communication depending on the complexity of their programming, they ultimately serve as masters for an indefinite amount of time. However, droids don’t always serve good intentions. During the Clone Wars, for example, General Grievous became leader of the Confederacy’s droid army under the separatist head of state, Count Dooku, and his crimes are well documented. During his time, the Separatist Confederacy declared independence from the Galactic Republic. Upon disbanding the Separatists and deactivating the Droid Army after several council deaths, the Galactic Empire under the reign of Emperor Sheev Palpatine absorbed much of the former Separatist Confederacy.

Grievous’ heinous actions appear to have generated propaganda material, such as a poster with what initially appears to be a sex droid. The poster, pictured below, features a female droid with her back facing the front of the poster, looking suggestively over her shoulder. Its shadow is General Grievous’ mask acting as a silhouette, along with the message, “Do you know who else she’s talking to?” Under the words “Keep our Republic safe!” in the bottom left corner is the caption telling subjects to “Periodically clear your droid’s memory.”

The subject of the sexually implied propaganda poster, however, is not a sex droid, but a personal assistant droid, or PAD, whose function in the Clone Wars was to work in various administrative centers. In Pablo Hidalgo’s canon book Star Wars Propaganda: A History of Persuasive Art in the Galaxy, he explains that there were fears in the Galactic Republic that the PADs could be compromised and serve as spies for the Separatists. Therefore, he was encouraged to regularly erase their memories in order to prevent them from exchanging secret information with the enemy, i.e. General Grievous. As erotic as the droid may seem, its function was not to perform sexual acts. However, PADs were designed to look like “ideal organic forms, ” which raises a whole host of questions about why personal assistant droids were designed with the archaic and obsolete”sexy secretary“stereotype in mind.

The Clone Wars sparked hatred of droids in star wars and propaganda posters like the one seen above have fueled distrust of the droids. Although actually designed by artist Russell Walks for the book, the universe star wars The illustrator is Yosyro Modoll, who was part of the Zeltron species and worked as an artist for the Galactic Republic. Modoll was known for her more sensual and suggestive illustrations and made propaganda posters for the Republic instead of being charged with obscenity. But while Modoll put the droid in a more appealing pose, the depiction of the droid may not have been overly sexually exaggerated compared to its actual design.

Like any war, the Clone Wars used propaganda efforts to bolster allegiances. Droids are an integral part of the star wars universe, with works like the semi-canon Star Wars: Droids Television series following the adventures of C-3PO and R2-D2 before the events of A new hope. Even though the subject of the poster was never a sex droid, it’s still a bit odd that star wars canon would include something so sultry after family-friendly Disney acquired the star wars franchise in 2012. As the star wars The universe has expanded into one of the biggest franchises in existence, along with its lore about droids and the Clone Wars.

All 33 Canceled Marvel Movies (And Why They Didn’t Happen)

Allison Wochoba is an editor at Screen Rant. She has a degree in film and English, and she (probably) knows all things film and TV. Working at Hot Topic for a few years also helped her learn all about pop culture. Once upon a time, she also interned at a radio station in Dublin, Ireland, where she received additional media training – and developed her Sudoku skills alongside it. She loves Pina Coladas and getting caught in the rain – and she knows it’s NOT a Jimmy Buffet song.