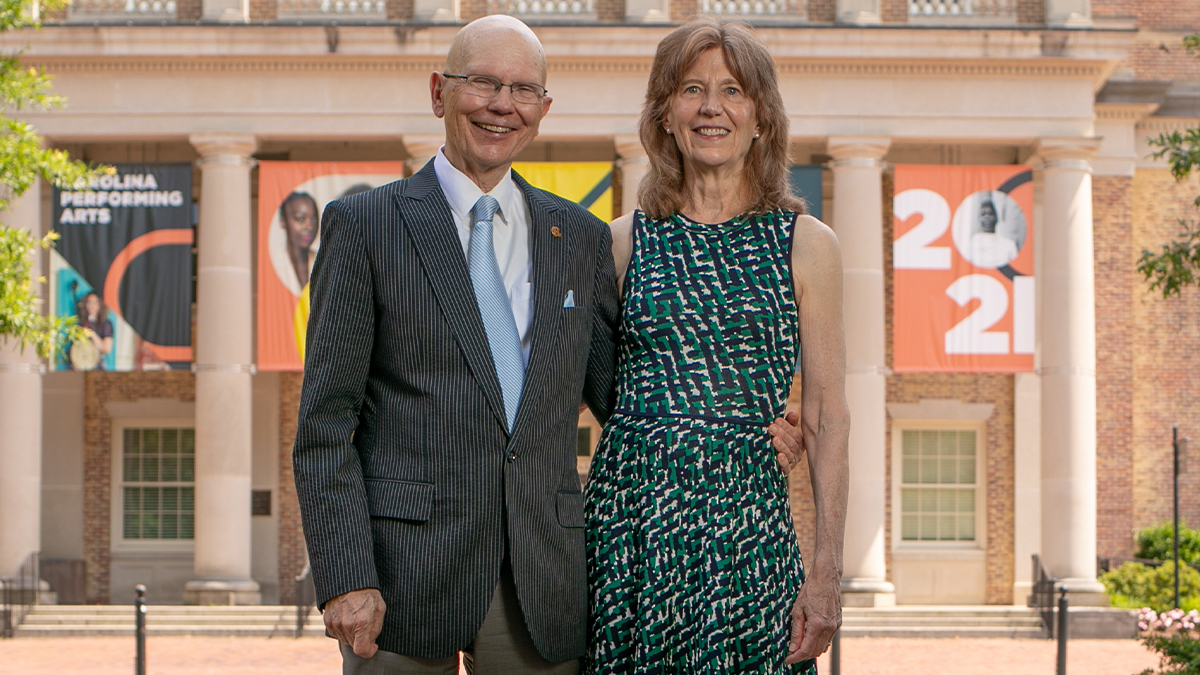 Today, Carolina Performing Arts at the University of North Carolina at Chapel Hill announced the largest single individual or family contribution to the CPA in its history. The $ 3 million donation from an anonymous donor to the CPA establishes the first non-faculty administrator position in the arts in Carolina named James and Susan Moeser.

The James and Susan Moeser Endowment Fund for Executive and Artistic Director of Carolina Performing Arts will provide the Carolina community and beyond with future opportunities to experience the world through the arts. This donation is a landmark investment for the CPS, especially at a time when arts organizations face unprecedented challenges related to the COVID-19 pandemic. The funds will help the Executive and Artistic Director foster relationships on a global scale and advance artistic excellence – essential work that fuels the legacy of the CPA of making innovative artistic programming accessible to the community of the Caroline.

â€œChancellor Moeser’s investment in the arts ushered in a new era for Carolina that continues to this day. Chapel Hill is a destination for world-class artists, where guest artists integrate into the classroom and new opportunities for interdisciplinary discovery abound, â€said Chancellor Kevin M. Guskiewicz. “This gift is a testament to the vital role the arts play in the country’s first public university, and we are grateful for Chancellor Moeser’s commitment to this endeavor.”

Under the leadership of Chancellor Emeritus Moeser, Carolina has become a cornerstone of the region’s arts community. This growth spurred an $ 18 million renovation of Memorial Hall, the founding of Carolina Performing Arts, and the hiring of CPA’s founding general and artistic director, Emil Kang. CPA and Carolina have earned a reputation for arousing curiosity through the arts and fostering an environment where a range of local and international artists could collaborate and create. Since 2005, CPA has presented hundreds of performances by artists around the world, commissioned more than 50 groundbreaking new works and purchased more than 111,000 student tickets.

Over the past 16 years, this established history has enabled CPA to partner with prestigious organizations and sought-after artists to create innovative artistic experiences and residency programs, such as the Discovery Through Iterative Learning program, or DisTIL. , funded by the Andrew W. Mellon Foundation. . Through DisTIL, faculty and students worked alongside Guggenheim member Robin Frohardt in 2018 to inform his installation and immersive performance â€œThe Plastic Bag Storeâ€. Through their residency with CPA, Allison Loggins-Hull and Nathalie Joachim of Flutronix have created a community-centered social change initiative and new musical work to examine the social and political climate during an unprecedented time.

Last year, CPA took on the extraordinary challenges of a global pandemic and remote working. In March 2020, CPA canceled the remainder of its 15th anniversary season and within days launched CPA at Home as a hub for virtual performances, exclusive content from artists around the world and more. As Chancellor Emeritus, Moeser stepping down in June of this year, CPA is firmly on a bold and innovative path.

“Susan and I are honored that this gift has been made on our behalf, but more than that, we are thrilled with this show of support for the invaluable work Carolina Performing Arts does on campus, regionally, nationally and internationally. “, says Moeser. â€œWe have dedicated our lives to higher education and the arts, and to see how CPA continues to transform the role of an arts organization on the campus of a public university is nothing short of amazing, and we are proud to remain active members of its community of donors and advocates.

Both classically trained organists, the Moesers champion the arts personally and professionally. Now university organist and organ teacher in Carolina, Susan Moeser is a well-known recitalist and teacher who has performed in the United States and abroad. She has served as a local and national officer in the American Guild of Organists and has taught organ, musical history, and music theory at the University of Nebraska, University of South Carolina and Penn State University.

Chancellor Emeritus Moeser’s artistic career began as a faculty member at the University of Kansas. He gained a reputation as one of the nation’s foremost organ recitalists, church musicians and teachers while performing widely in the United States and Europe until his retirement in 1992. He held various positions. administrative positions at KU, Penn State, University of South Carolina and University of Nebraska before becoming the ninth chancellor of Carolina from 2000 to 2008. During this time, he created the Carolina Covenant, a program aimed at provide debt-free education for students from low-income families. Following his tenure as Chancellor of Carolina, Moeser served as Acting Chancellor of the UNC School of the Arts and Acting Director of the Carolina Institute for the Arts and Humanities before taking the Acting position at the CPA in 2019. He will retire on June 30.

The foundations Moeser laid will progress to the CPA when internationally acclaimed Performing Arts Producer and Executive Alison Friedman assumes the role of Executive and Artistic Director. As announced earlier this year, Friedman will arrive in October. Friedman will lead CPA throughout its 17th season and help welcome clients to venues for in-person experiences for the first time since March 2020.

The groundbreaking donation, which helped CPA surpass its fundraising goal of $ 25 million, also counts towards Campaign for Carolina, the most ambitious fundraising campaign in University history. launched in October 2017 with the goal of raising $ 4.25 billion by December 2022.