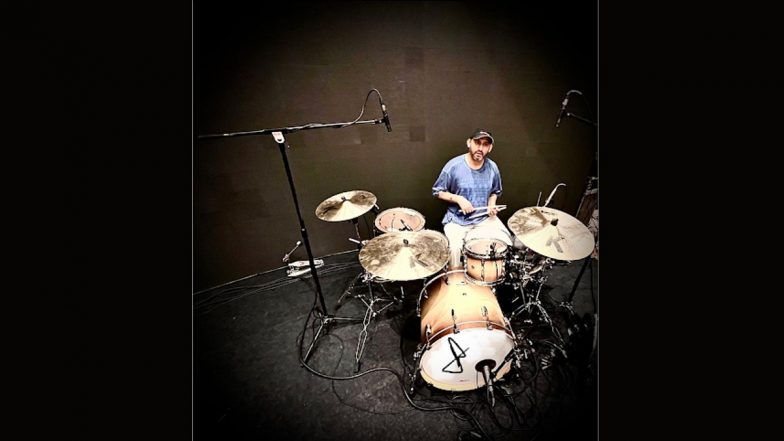 Vishal Mehta, a Delhi-based musician and also the drummer for the biggest indie pop band “Euphoria”, once said that he also wanted to play, express and discover his own music and style as a drummer and guess what, he saw the same thing. dream now. He also composes, collaborates and plays his own music on stage as and when he can.

That said, sometimes it’s not easy/possible to play your own music as often as we musicians try, because it’s not mainstream music,” says Vishal Mehta.

He says: “I remember, in 2015, when I started writing and composing my first album “ALONE”. As a drummer, it took me 2 years to compose, write, co-produce and finally release it on July 25, 2017. It was a very big step for me. The experience was exhilarating as I gained a lot of knowledge and learning and also had the chance to collaborate with various musicians. All the artists I collaborated with are people who inspired me in every way and gave me an unforgettable journey while recording and releasing “ALONE”. It still feels like a dream. The album contains 7 songs and many artists accompanied the journey and accompanied it beautifully.

He says, “When you perform your own music as a solo artist, it becomes the medium through which you present your own songs and it becomes important to you. Also, the very important aspect here is that the music; either an album or a single does not literally come from a composer/writer, but from a drummer. So the whole perspective is different and that’s why the audience is thrilled or wants to see that side of a musician as well. This created a lot of excitement and curiosity among people who wanted to see how a drummer (musician) could create his own music and could also recognize his music.

Vishal says, “Having released both an album (ALONE) and a single (GUFTAGU), on the digital platform, I think this medium is truly a blessing for independent artists and as satisfying as possible. I released my album and my single…both under the ‘Vishal Mehta Live’ label and it worked for me”.

“Vishal Mehta Live” is now the name of the band he plays for and has played many clinics, workshops and solos arranged by Zildjian Cymbals, Vater Drumsticks and Yamaha Drums.

He also shares, “I strongly believe that digital media is the very important medium that helps us reach fans and helps independent artists gain popularity. Because of all this, I now proudly share that I released my second EP/ALBUM – “ONLY YOU”, in January 2021.

I collaborated with three important artists in this next album, Ashok Roy who is also a dear friend and bassist from Bombay, Peter Szendőfi – Master Drummer from Hungary, Budapest, and finally Nilanjana from Calcutta who sang the whole album. I want to thank everyone for listening to my music and for their patronage.

(The story above first appeared on LatestLY on May 30, 2022 at 6:43 PM IST. For more news and updates on politics, world, sports, entertainment and lifestyle , log in to our website latestly.com).