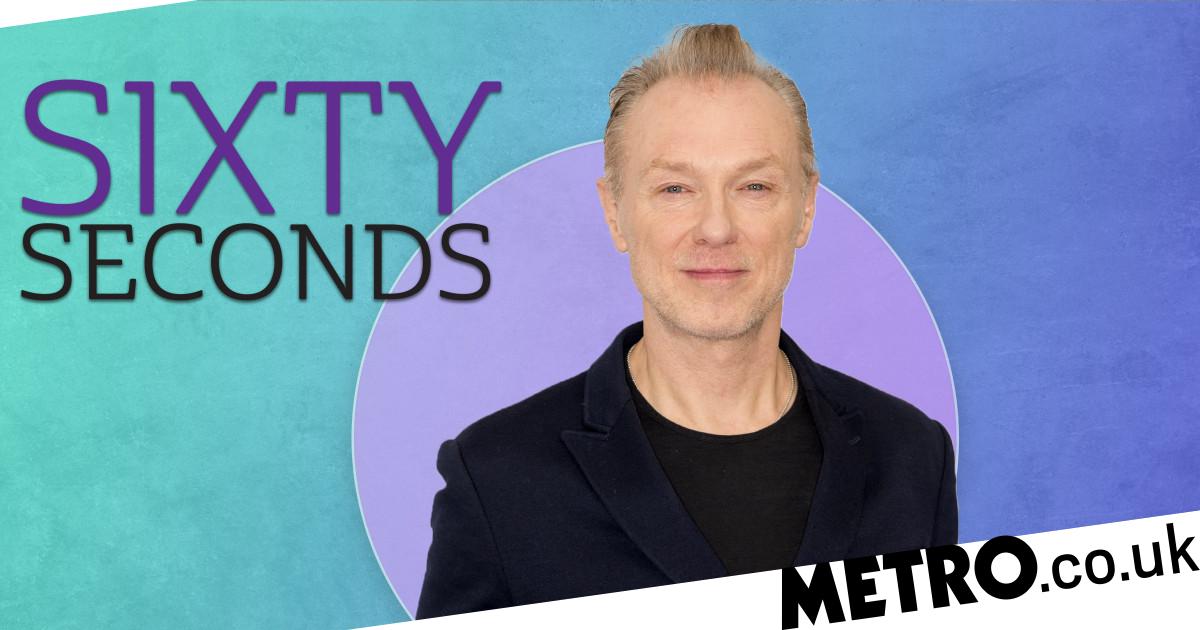 Gary Kemp for being ‘fired’ as ‘sideman chic’ of Spandau Ballet

Spandau actor and Ballet legend Gary Kemp, 61, on his “dark times” being a “sideman chic” and his first solo album in 25 years.

Your new solo album – barely 25 years after your last – reflects on how we can be a series of different people. How different are you from Gary Kemp around 1995?

I was going through some pain then [splitting from first wife Sadie Frost] and my place on the planet was a little different because the 80s were gone and we were fired.

Blur was fighting Oasis in the foreground, so I didn’t have a lot of room, but I still hold this record, Little Bruises.

The songs in it are some of the best I have ever written. I have since found an amazing woman [second wife Lauren Barber], who I have been with for 20 years.

We had three boys together and I’m a much happier human being because of it than I was in 1995.

You talk on the title song, INSOLO, about feeling lonely in a city. Did you feel this in London?

I think my creative head is very isolated. We all have dark times. If you are a creative person, you tend to use those dark times because you cannot write songs happily.

As a song, it’s about a couple struggling. I’m not in a troubled relationship but I have been.

I don’t have to make things up. There is a truth in everything I write now and it has kept me from having writer’s block. When I wrote for Spandau, I had a lot of writer’s block.

It was partly because I was writing for someone else to sing and also because music seemed more important to me than words.

On your Rockonteurs podcast, Gary Numan says he’s always been unhappy with his singing voice. Have your feelings about your own voice changed over the years?

Yeah, they did. I was a sideman, kind of a chic sideman because I wrote all the songs. I wasn’t the leader of Spandau and my little foray as a leader on Little Bruises was kind of fired all those years ago.

But working with Nick Mason really encouraged me. I suddenly came out of the box – and it took 60 years!

Have you converted your kids to progressive rock?

They listen to American rap and some Beatles songs. When they were young, I gave them all the iPods with the Beatles.

Who’s the first person you play a new song to?

When I write a song, I close the door to the piano room. I will play it over and over and if it sounds good I will open the door.

My wife is therefore the first person to be introduced to this music. If I go back to the kitchen and nothing is said, I’m probably not a winner.

Have you ever been nervous interviewing music idols?

Not really. I think Guy Pratt [legendary session bass guitarist and co-host] and I am a good team. I mean, we had our nervous moments, like before we talked to Jon Bon Jovi, because he’s such a big star.

So who’s at the top of your Rockonteurs guest wishlist?

The DNA journey of your brother Martin and your nephew Roman unearthed a group of traveling German musicians as ancestors. Did you learn more about them?

No nothing. The most important thing was to find out that our nan was in a workshop and my dad never said about it. I don’t think the working class has discussed their lives much. It was about managing what was in front of them.

The working house thing was quite a shock and then finding out where the grave was and that there was only a number on it. My brother and I have since assembled a gravestone.

Will there be another parody documentary on Kemps TV?

We wrote the follow-up. Rhys Thomas comes in and finds out how we release all of the spinoff from the latest documentary. I think we’ll shoot this next January.

Look, continuing to work with Martin all these years after my mom said, “ Holy shit, you better put him in your band, ” that in itself is very heartwarming. I am so delighted that he is so successful at the moment.

A while ago I was driving on Euston Road and a bus came one way with Roman on the side, then another bus came the other way with Martin as Captain Hook. I was sandwiched between these two Kemps.

Would you consider working with Duran Duran?

Yeah, I’m up for any musician. I mean, my days of hating Duran Duran seem to be passed by the members of the Spandau Ballet who hate me! I was the guy with a group.

I’ve had a relationship my whole life that’s had a very, very long divorce and so it’s pretty cool now that I’m playing the field.

INSOLO is released by Columbia on July 16. The Rockonteurs podcast is available on all platforms

AFTER : Roman Kemp has been single ‘for a while’ and he’s happy about it: ‘I’m too tired to go on dates’

How to Get Your Metro Newspaper Solution

Metro newspaper is always available for you to pick up every morning of the week or you can download our app for all your favorite news, features, puzzles … and the exclusive evening edition!

Dasvibes brings the best of reggae music to the industry