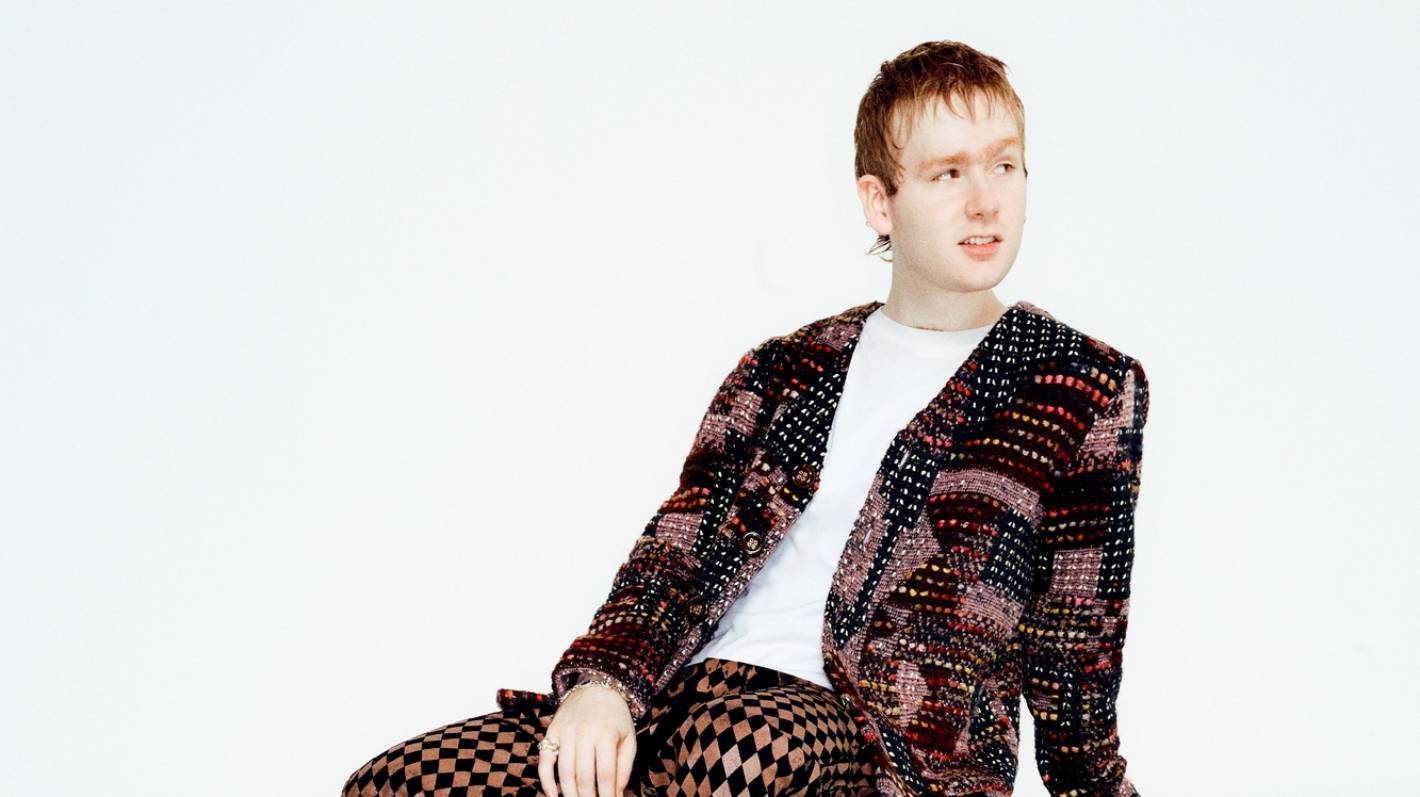 Mura Masa was only 17 when his tracks were covered by some of the biggest names in the UK entertainment industry.

EXAM: Elemental Nights in full swing and on Wednesday evening, it was the turn of British electronic music producer and composer Mura Masa to take the stage.

On a wet and windy night, Mura Masa fans packed into Auckland City Hall, an intimate setting for electronic enthusiasts to fully immerse themselves in the producer’s unique sound.

Wednesday was the first time Mura Masa made headlines in New Zealand, instead of being part of a festival programme.

Mura Masa, real name Alexander Crossan, was born in Guernsey and started producing his own mixes at the age of 15 and uploading them to SoundCloud.

One such track, Lotus Eater, was picked up by BBC Radio 1, one of the UK’s most popular radio stations, which propelled the young artist into the mainstream.

He’s been on the rise ever since, releasing collaborations with some of the world’s biggest artists such as ASAP Rocky (Love$ick), Charli XCX (1 Night) and Stormzy (Gang Signs & a Prayer).

Crossan has been nominated and won a long list of awards over the past four years, including Best Remixed Recording at the Grammy Awards and Best Live Session at the UK Music Video Awards.

The opening for the headliner was Wellington-based Kiwi artist Eddie Johnsonbetter known as his stage name Lontalius.

Johnson slipped silently onto the stage and played a song before muttering, “You’re probably wondering why a sad guitarist is here…that’s a good question.”

He then announced “this song is about depression” and launched into another sweet, lilting – albeit sad – melody.

Mura Masa later dubbed Lontalius his “favorite New Zealand artist”, who received whoops, cheers and pats on the back for Lontalius, who had joined the crowd after his set.

The producer’s epic tracks were backed by the the dazzling voice of Fliss, and Cosa, which features on some of Mura Masa’s greatest hits.

Mura Masa’s ability to control many instruments simultaneously was incredible to behold and was a true mark of his ability to create award-winning tracks.

Each track followed a similar pattern, with Fliss carrying most of the vocals and crowd work and Mura Masa busy on drums, keyboard and guitar. However, the lighting and projected images are what distinguish each track from one another.

For Hollaback Bitch, the screen played nostalgic images of a Motorola Razor, the “it” phone of the early 2000s, and for Deal Wiv It, images of Britney Spears paraded above the crowd.

The lighting for each song was intense, perfectly in sync with each track’s tempo and guaranteed to make an impact.

The highlight of the evening was when Mura Masa performed one of his greatest hits, Love$ick.

Written by Crossan and performed by ASAP Rocky, it has been streamed on Spotify nearly 385 million times.

It was the pinnacle of the hour-long set, with the crowd dancing their hearts out.

Although the electronic producer didn’t have much interaction with the crowd himself, probably saying a total of 20 words throughout the night, he knows how to make music. Judging by its success and the public reaction, that’s all it has to do.

Mura Masa is now heading to Japan before jumping onto the European festival circuit in August.

His third album, Demon Time, will be released on September 16.