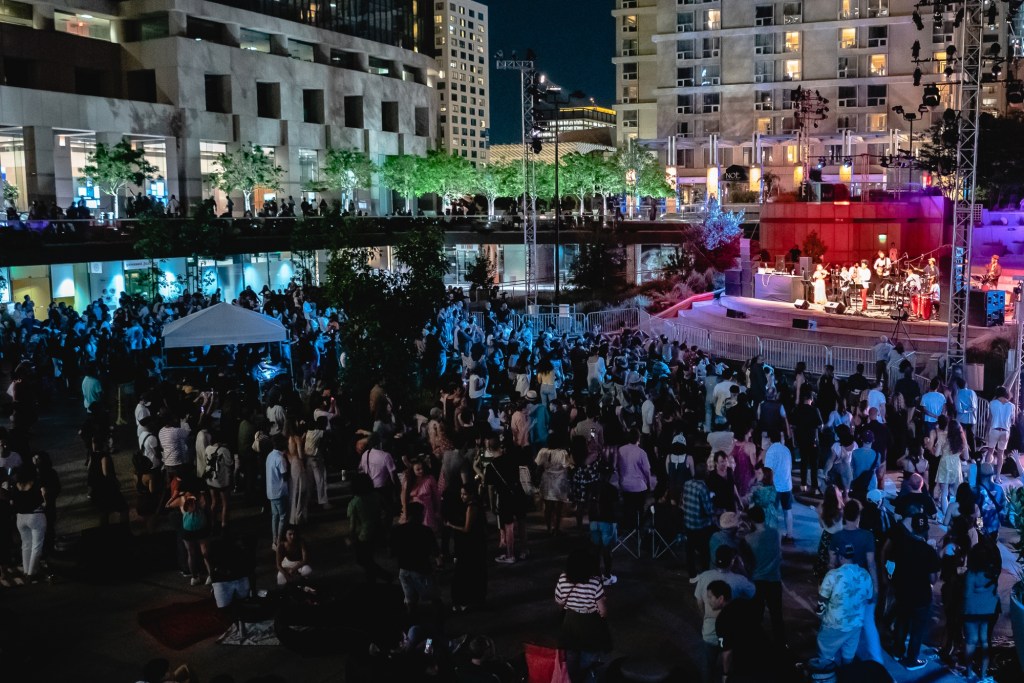 Summer marks the free music return in downtown Los Angeles as Grand Performances kicks off its concert series in June with a four-month lineup of shows that will feature music from around the world, from cumbia and classical to jazz and jam bands.

“We really take people on a journey around the world,” said Stewart Irel, creative and artistic director of Grand Performance.

“It’s always been an incredible opportunity to really expose audiences to different types of entertainment and different genres of music,” he said.

Founded in 1986, Grand Performances offers free shows for all ages concerts during the summer. The new season will include more than a dozen performances at the 7,000-capacity California Plaza in downtown LA every Saturday from 6 p.m. to 10 p.m. from June 4 through September 24.

There’s a lot of music on the schedule, so for those who can’t attend all the shows, Irel recommends one must-see show per month.

Together Aditya Prakash and Nick Smith

Details: Jazz pianist Nick Smith opens the evening with a performance that “will tell the story of the fundamentals of jazz,” said Irel. Smith will be followed by classical Indian Carnatic singer Aditya Prakash. “Indian Carnatic singers hold a note and bend it in a way. It’s a unique style of singing in India, but he sings with a jazz band, so he merges the two and it’s absolutely beautiful,” Irel said.

Details: Expect a funky dance party when Scary Pockets takes the stage. The band perform funk versions of modern songs and post weekly videos on their YouTube channel. Their covers include songs such as “If I Ain’t Got You” by Alicia Keys and “Crazy” by Gnarls Barkley. Opening for Scary Pockets is pop singer Rozzi Crane. “It’s going to be contagious for sure. You won’t be able to sit still, Irel said.

Details: This evening will be a celebration of the late Alice Coltrane, an accomplished jazz musician who played piano and harp. The evening will consist of a string and harp ensemble performing music from across his career. “She touched the jazz world and so many musicians so much,” he said.

Details: It’s going to be another dance-filled night thanks to Cumbiatón, a Boyle Heights-based collective of DJs, artists and musicians who perform all forms of Latin party music, from cumbia and salsa to merengue, banda and rock in spanish. “Of the whole series, this is the one that will feel the most like a party,” Irel said.