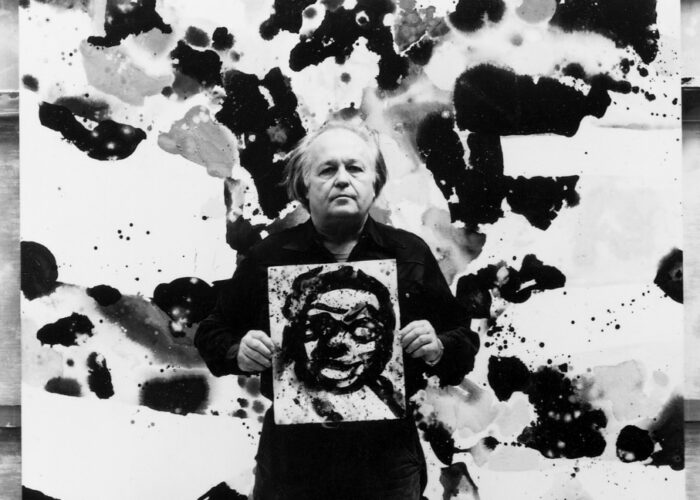 In “Light on Fire”, the myth and reality of Bay Area artist Sam Francis come to life

Given how colorful artist Sam Francis’ life was, Oakland writer Gabrielle Selz finds it ironic that the famous abstract painter felt the need to spruce up.

Francis, the subject of Selz’s new biography, “Light on Fire: The Art and Life of Sam Francis,” survived early trauma – including accidentally killing his best friend at his San Mateo elementary school at the age of age 12 – and invalidating episodes of spinal tuberculosis. He began painting in his youth while immobilized in a cast at Fort Miley Veterans Hospital in San Francisco in the 1940s.

The life of Francis (1923-94) was full of contradictions. He sought domestic stability but wooed romantic drama and married five times. He was ego driven and ambitious, but a Zen-loving spiritual seeker. And he had an inveterate thirst for travel, preferring to move nomadically between Europe and Asia while working on his massive canvases, saturated with color and light, before later settling in the Western Sailor. (His work is in the San Francisco Museum of Modern Artpermanent collection of, and his mural can be viewed at San Francisco International Airport.)

But a dramatic anecdote from Francis’ life turned out to be apocryphal – a discovery that led Selz in 2014 to embark on what would become a six-year research and writing project. Why the artist had made believe that he had threatened to crash a plane, in kamikaze style, in the Japanese compound of his boss oil baron if he was not allowed to marry his youngest girl ?

Selz included this oft-repeated story, the one she first heard from her father, curator Peter Selz (founding director of the Berkeley Art Museum and Pacific Film Archive), in her 2014 memoir “Unstill Life”, only only to learn later from Foundation director Sam Francis that it was probably wrong.

“It was difficult to reconcile the round, serene smiling man who sat like Buddha in our house with this story of a desperate pilot, daredevil and without a prisoner,” writes Selz. â€œAnd yet, many art historians believed it. â€¦ I started to wonder what else in his story, me and others before me, we were wrong. In the end, a lot.

In “Light on Fire”, Selz explains that people believed in Francis’ bizarre story – that he fabricated, rather than admit that something as mundane as a letter persuaded SazÅ Idemitsu to accept him as his son-in-law – because the artist was so prone to fancy exaggeration. â€œHer whole life has been a profound act of myth-making,â€ writes Selz.

His biography attempts to balance Francis’ mythical reputation with historical facts to portray one of the most lyrical and successful painters of the late 20th century in greater detail than ever before.

â€œEvery book should have such a great story attached to it,â€ Selz said in a recent conversation with The Chronicle.

Q: Sam Francis must be a biographer’s dream: 10,000 paintings, five women, early trauma followed by worldwide success. What a complicated and fascinating life.

A: Most artists, for better or for worse, spend their lives in the studio. They paint and have a very interior life. Sam had that, but he also really wanted to change the world, and he believed as an artist that he could. So he helped found a museum (Museum of Contemporary Art, Los Angeles). He started a wind turbine business. He founded a printing press and a lithography workshop. He tried to start a holistic medical center. There is something megalomaniac about it, but it was also this ambition and this desire to leave an imprint, material, that I find extraordinary.

Q: You call yourself â€œinsider and strangerâ€ since you got to know Sam Francis through your father. Do you think your unique position has helped you see the artist more clearly?

A: My dad and Sam were both mid-20th century men who lived great lives. Sam was very charismatic, kind of a larger than life character, and also a friend of the family. So at first I thought, I don’t want to write about another man from that time who got married five times. I was hesitant, but as I started to research I realized there was so much about him that hadn’t been written down. I decided to devote a year to research and found so much information conflicting with what art historians had written. He has become much more interesting to me as a person.

Q: What have you discovered during this year that intrigued you the most?

A: I went to the Getty (Los Angeles Museum) and read all his childhood letters in high school to his sweetheart, his letters to his father, and all his notes to himself and his aphorisms. He wrote: â€œI am an artist, therefore I am a natural liar. Â»All these little clues about his personality. While in the Air Corps, he made the decision to study to become a reconnaissance pilot, who flies low and takes photos. He was not yet an artist, but he had identified a visual role in the war. I thought it was fascinating. And when I talked to a lot of his studio assistants, they all cried. I realized he was someone who had a real impact on the people around him. My father always said of Sam, “He had vitality. He didn’t say “energetic”, he meant Sam had life force.

Q: Were you surprised that Francis exaggerated and lied about things like his alleged plane crash when he was the last person in need of sprucing up?

A: His natural history was already so grandiose, but he was full of bravado. He liked to turn tales. He identified with the personality of the Jungian trickster. And an artist is a conjurer, that’s what they do. When I asked his studio assistants and his wives about these fabulous stories, they all sort of laughed and said, â€œSure. It was Sam.

Q: Francis fell in love with painting in his youth while recovering in a military hospital in San Francisco. He believed art saved his life, didn’t he?

A: Yes he did. He was convinced that he had cured himself by art. He determined, as he hung in plaster all over his body, that he was going to be an artist. He turned his hospital room into a studio and began submitting work to competitions. David Park selected two pieces that were on display at the San Francisco Museum of Art and visited Sam and spoke to him. He was the first professional artist Sam ever met.

Q: How did you struggle to describe Francis’ relationships and the treatment of his many wives and lovers?

A: I thought about it a lot, especially how to write about the major women in his life and give them time on the page. I also wanted to tell their stories. Sam was a complex man, just like the women he was involved with. I think they were all sort of muses for certain periods and certain bodies of his work, but he was definitely a womanizer.

The main relationships I have written about women involved women who all made independent choices knowing her past history. I think it was abhorrent that he tried to get (his second wife) Muriel pregnant (while he was separated and living with another woman), and I wrote that. But as a biographer, I think it was more important to try to understand and present his behavior than to judge him. As to why Sam got married over and over again, I think he was hopeful. I think he believed in love as much as he believed in dreams and desire. And there was pride, of course.

The other day her daughter told me Sam was like a fish. You could never grab it and hold it back. It kept slipping out of your hands.