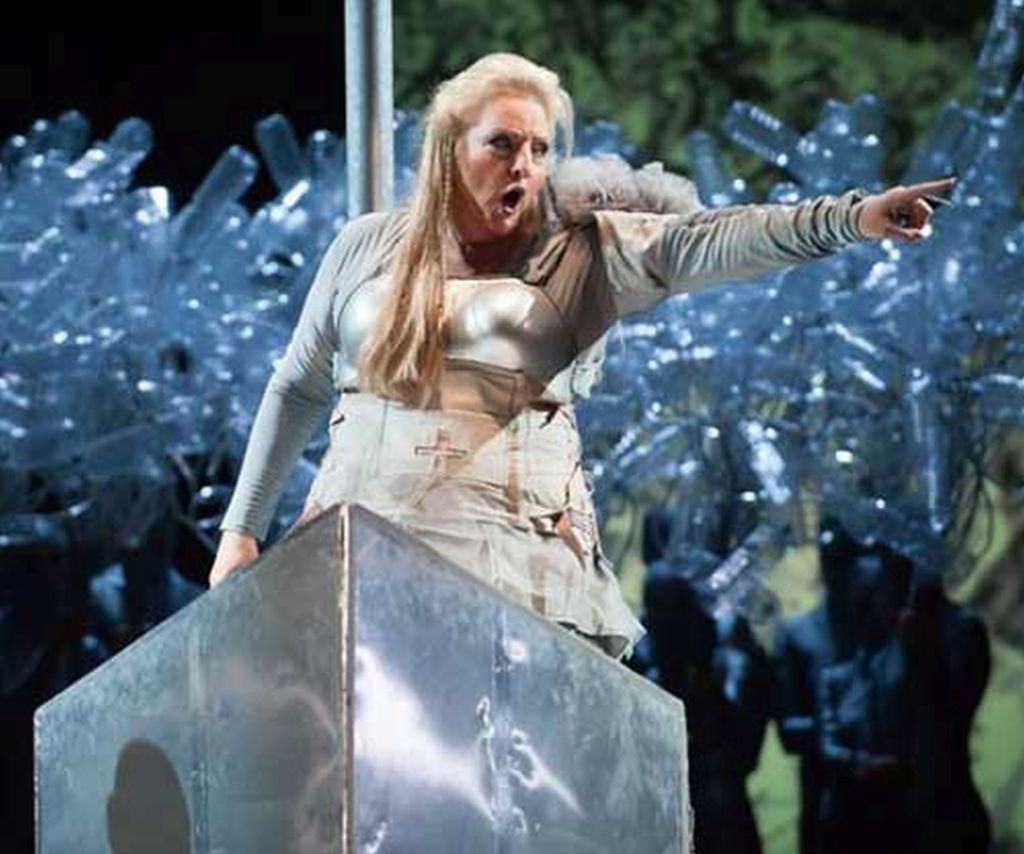 They should have known when she was 8 years old.

When third-grade student Linda Watson heard an 18-year-old perform Beethoven’s “Für Elise” at a piano recital, she quickly informed her piano teacher that she wanted to play the same piece.

When she was in high school, a private singing teacher made the same mistake. “She told me I couldn’t sing the Delilah tune from ‘Samson and Delilah’,” Linda said. “I was too young. So I bought it and learned it.

Then she won the national competition for her age group.

Linda is not one to brag. Already. These are just memories that explain an unwavering will that finally propelled her to the rank of one of the most renowned opera voices in the world. Over the decades, Linda – who has a home in Carmel, but resides in Vienna with her husband, violist Peter Ochsenhofer – has performed all over the world, including Austria, Italy, Germany, Japan and at the Metropolitan Opera.

She sang with Placido Domingo. She received a Grammy nomination for “Opera, Principal Soloist”. And on June 25, she was made an honorary member of the Düsseldorf Opera −− Deutsche Oper am Rhein −− after her last performance there after nearly 30 years.

“The mayor of Düsseldorf granted it to me,” she said. “It’s the greatest honor they can give you. I was shocked. It just doesn’t happen.

Perhaps the equivalent of entering the Music Hall of Fame. Or have your NFL jersey retired.

This latest Düsseldorf arc from the 5ft 10in phenom – to a 30-minute standing ovation – was the culmination of a journey to the opera that began when his grandfather applied for a Rotary International scholarship to that she studied singing in Vienna in the early 1980s. Then there was the fateful 1993 meeting with his first manager, Neill Thornborrow, at a Wednesday afternoon audition in Düsseldorf.

“Linda came, she auditioned, and after I was done I asked if she had anything ready from (Richard) Wagner,” he said of the influential German composer. ‘She said no.’ A resounding “No”. But then she took out the score of Sieglinde (a Wagnerian role) and sang it. She literally deciphered it after taking the music out of her purse. And that was the start. As soon as she walked into the room, she had an aura, even then. I believed in her from the start.”

Watson’s journey continued as she transformed from a lyrical mezzo (smaller voice) to a dramatic mezzo to, finally, a dramatic soprano, considered a rare voice and the most difficult level of opera. .

“You really have to be born a dramatic soprano. You cannot be. Around the age of 35 or 40, it develops. Or not. This is the end of the range of extreme singing. You sing for four to five hours straight,” said Watson, who at her last performance in Düsseldorf sang Brunnhilde, her star role for the past 20 years and a role for which she holds the record for most recorded performances.

“I made the decision to terminate my contract in Düsseldorf because I am 65 years old and I knew that it would be more difficult at this age to maintain my own level of performance. As you get older, the physical demands to sing dramatic soprano roles are tough. Running a marathon at 65 is not the same as running a marathon at 25, 35, 45, 55. I literally sing for hours. I didn’t want to be the person they were saying, ‘She should have quit.’ »

As the curtain closed, Watson shared memories with her makeup artist, hairstylist, cobbler, personnel manager, blower and co-workers, who had all become family.

“I fell in love with Linda from day one,” said Vera Schneider, a makeup artist in Düsseldorf for 25 years, who can’t even count the number of times the singer has sat in her makeup chair. “I was so impressed when I first saw her. She’s so tall, and her voice is so great, and she’s mega professional. I was surprised that she was so friendly and so funny and great normal. We had so many good times.

Perhaps what moved Watson the most was seeing her twin sisters, Lisa (Crawford Watson, a Carmel writer) and Lauren, who had traveled from California to hear her final performance of Brunnhilde. Lisa came with a surprise—a commissioned oil painting of her sister as Brunnhilde, by local artist Paul Richmond—hand-carried on the plane at nine o’clock from San Francisco to Amsterdam and 45 minutes from Amsterdam to Dusseldorf. And yes, she mattered.

“I had no idea what I was opening when she handed me the package,” Linda Watson said. “And then I saw my face in a painting, with Brunnhilde’s characteristic winged helmet. I really gasped even at the idea behind what I was holding. The thought was overwhelming. It just hit me with an irresistible love. It was very important that my sisters come to support me. Family is the most important thing in my life. »

Likewise for these younger sisters, as well as the twin brothers, David and Douglas, who were unable to make the trip. The family’s parents, Marilyn and Linn Watson, now missing, had traveled the world for decades to see their eldest daughter perform.

“It had to be seen, had to be experienced by people who love Linda and know her best,” Lisa Crawford Watson said. “We had to let him know that we were there, that we saw, that we heard. I’m so proud of her, and seeing her perform like this is so moving…it’s breathtakingly powerful. I always cry.

Watson will continue to sing select performances, choosing roles from the dramatic mezzo repertoire. She also teaches at die MUK (Musik und Kunst) in Vienna, the university where she received the scholarship that launched her career. Yet now she can spend more time with her husband, binge on HGTV’s Property Brothers, and enjoy his playlist — Bon Jovi, Adele, Frank Sinatra, Lady Gaga, Bruno Mars, and her favorite, Michael Jackson.

She will also finally have time to reflect on the amazing journey of the Deutsche Oper am Rhein, the place where she grew up as a singer and as a woman, where she felt at home, where she sang all his important roles for the first time. .

“I have a hold in my throat (when I think of my last performance there),” she said. “I received the gift of singing Brunnhilde once again. As I was backstage, absorbing the sounds of the orchestra, I was truly aware of the feel of the music and why I loved it in the first place.

And when was it over?

“I took my makeup off, emptied my closet in the dressing room I’ve had for 27 years and put everything in my bags. I turned off the lights and walked down the silent stairwell. It was very emotional for me to leave the house. It was like a movie unfolding. Like Mr. Rogers or maybe Carol Burnett. ‘Good night everyone.'”

The Laurel Ave estate. could welcome artists in residence