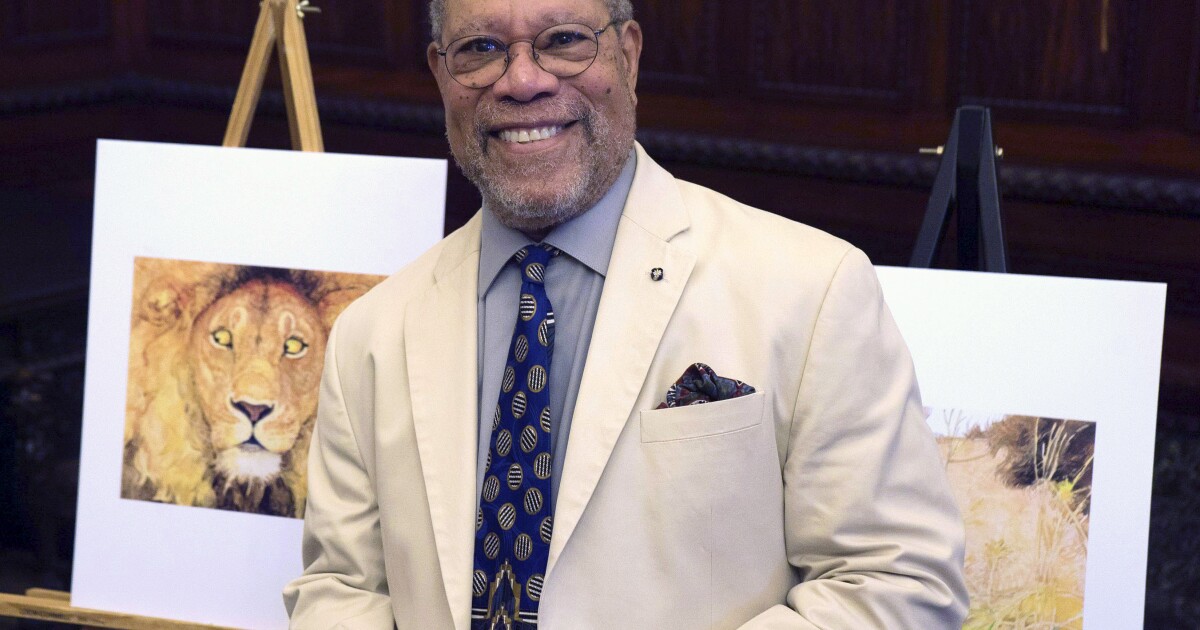 Jerry Pinkney, an award-winning children’s book illustrator, known for his richly textured images of black life, fables and fairy tales in works such as “The Lion and the Mouse” and “The Sunday Out”, is dead. He was 81 years old.

â€œJerry was a dedicated husband, father, grandfather and great-grandfather whose impact influenced the creative endeavors of so many in our family,â€ said his wife, author Gloria Jean Pinkney , in a press release.

Pinkney was a Philadelphia native who struggled with dyslexia, but showed such a talent for the fine arts that he received a full scholarship from the Philadelphia College of Art (now the University of the Arts). He gave up after two and a half years to get married and start a family. He was quickly hired by a greeting card company in Dedham, Mass., And continued to illustrate books for over 50 years, starting in 1964 with “The Adventures of Spider: West African Folktales”.

He mainly worked in watercolors but also used pencils, colored pencils and ink.

His other credits include “The Little Mermaid”, “John Henry”, “Black Cowboy” and “A Place to Land: Martin Luther King Jr. and the Speech that Inspired a Nation”. ValÃ©rie Flournoy, Virginia Hamilton and Julius Lester are among the writers with whom he has collaborated.

In 2010, his silent adaptation of Aesop’s fable â€œThe Lion and the Mouseâ€ won him the Randolph Caldecott Medal for Outstanding Illustration. He has won the Coretta Scott King Illustrator Award for Best Work by a Black Artist five times, served on the U.S. Stamp Advisory Board, and designed the first black heritage stamps, including those honoring King, Harriet Tubman, and Jackie Robinson.

In 2016, he was honored for Lifetime Achievement with the Laura Ingalls Wilder Award (later renamed the Children’s Literature Legacy Award) and the Coretta Scott King Virginia Hamilton Award. His work has been exhibited at the Library of Congress, the New York Public Library, and the Norman Rockwell Museum, among others.

â€œPicture books would become my way of making my artistic gifts useful,â€ he said in his Hamilton Prize acceptance speech. â€œI saw the book as a container that could hold my interests, passions, desires and hopes for my children and their children. Between its covers, it would contain stories as well as futures, truths and flights, my mother’s smile and my father’s pride.

“The books also broadened and strengthened my interest in black culture, allowing me to express my artistic impulses while sharing the adventures of John Henry and the courage of Harriet Tubman.”

According to Little, Brown, Pinkney and his wife were working on a memoir at the time of his death. Jerry Pinkney had teamed up with his wife, whom he had known from high school, on “The Sunday Outing” and “Back Home”, both based on Gloria’s childhood.

He is survived by his wife, daughter Troy, sons Brian, Scott and Myles, nine grandchildren and three great grandchildren.

For King & Country, We The Kingdom among the winners