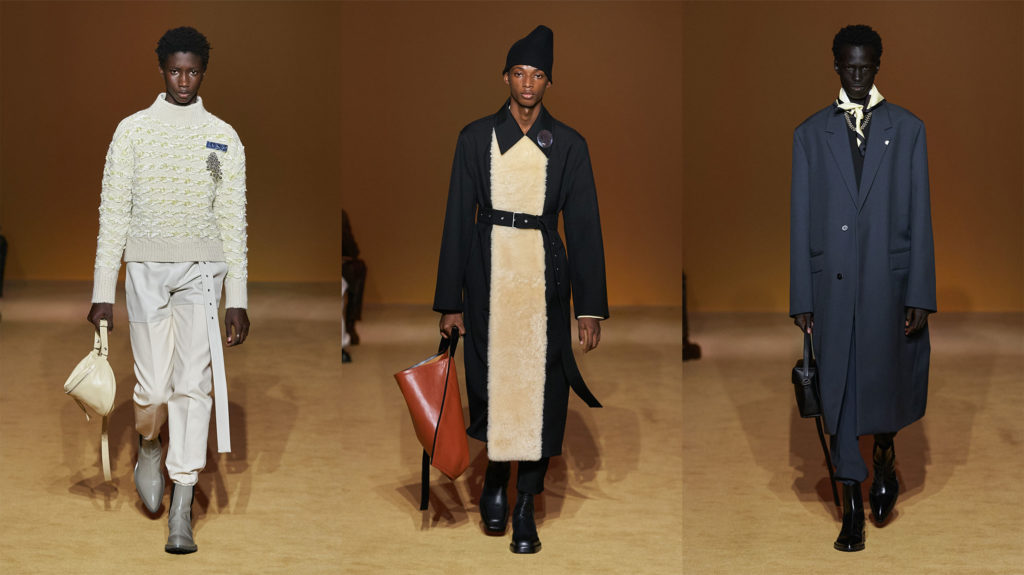 For the Men’s Fall/Winter 2022 collection, Luke and Lucie Meier play with crochet, silk and the zodiac print

For her Fall/Winter 2022 men’s collection, Jil Sander has stayed true to what she knows well: urban comfort, sophisticated silhouettes and exceptional craftsmanship. That’s not to say it’s nothing new: Luke and Lucie Meier, the creative director duo behind the German house, have introduced a handful of fresh brand signifiers. Their latest presentation bridged the gap between masculine and feminine, modern and quaint, decorative and utilitarian.

The show was given at the American Cathedral in Paris. If the building’s stone architecture was a metaphor for Jil Sander’s roots, then the massive, dewy lantern, which hung from its vaulted ceiling, was a nod to future directions. The models walked to a vibrant soundtrack, composed by an experimental musician Panda and his group Animal Collective. They wore the brand’s classics – boxy suits, uniform-inspired trench coats, boots and pants in black and neutral tones – and its less classic ones. Crocheted caps, vests and collars were a whimsical surprise; some coats incorporated shearling breastplates, which added softness, both literally and figuratively. Then there was the zodiac print, silk pajamas and scarves, and trendy color accents: blue, yellow, orange and green.

It looks like soon Jil Sander will reach out to an even bigger audience. More people – more personalities – will be encompassed in such good-natured designs. “Lucie and Luke Meier’s collections always speak of us; them included,” read the label’s press release. “They see their work as a way to give people the tools and the freedom to be who they want to be.”