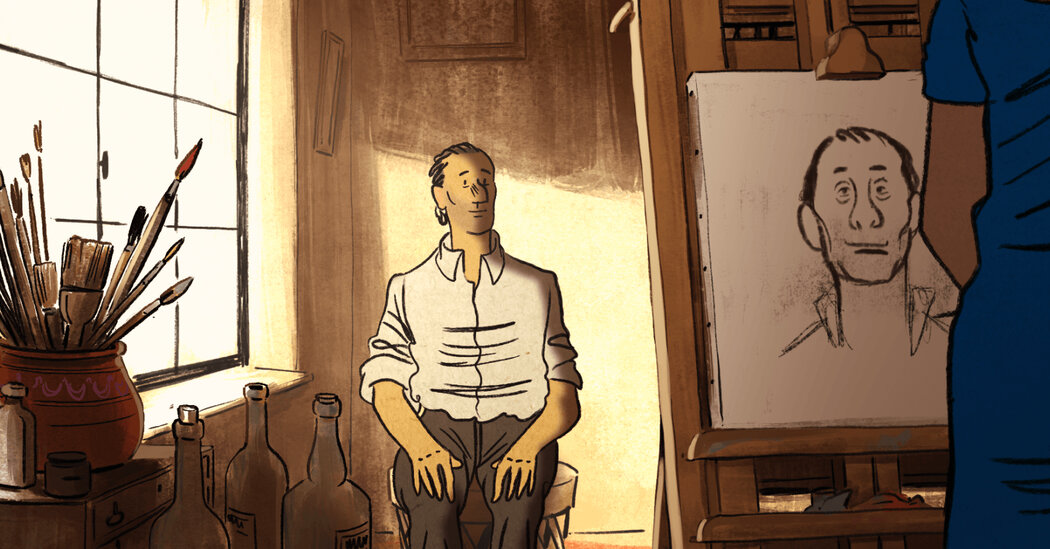 After Barcelona, ​​Spain fell to the forces of General Francisco Franco in 1939, nearly half a million Spaniards fled to France in what is known as “La Retirada,” or the retreat. Catalan illustrator and trade unionist Josep Bartolí is among those who left.

His experiences and sketches while imprisoned in a series of French internment camps fuel the raw grace of ‘Josep’, a hand-drawn film which is the first feature film by the French cartoonist known as Aurel.

A human camp guard, Serge (voiced by Bruno Solo), throws Bartolí a lifeline, and their bond gives “Josep” its contemporary anchor: an elderly Serge recounts his memories to his grandson. Bartolí (Sergi López) endures the starvation of camp life and the abuse of his evil constables—one guard’s face turns into a pig’s snout—but he rallies his wits with other defiant, bohemian exiles. In one desperate episode, Serge even searches for Bartolí’s missing fiancée, who is feared to be dead.

The 74-minute film jumps through the timelines without much warning. From time to time, the screen bursts into crackling black-and-white images taken directly from Bartolí’s work – as if torn from the very pages of his sketchbooks. This kind of impressionistic perspective might be the best lens for understanding the compressed narrative of this timely homage from one cartoonist to another.

joseph
Unclassified. In French and Spanish, with subtitles. Duration: 1h14. Look at Ovid.

Map the lines of desire

LIGHTNING IN A BOTTLE announces the musical, educational and cultural programming of Compass for the 2022 edition