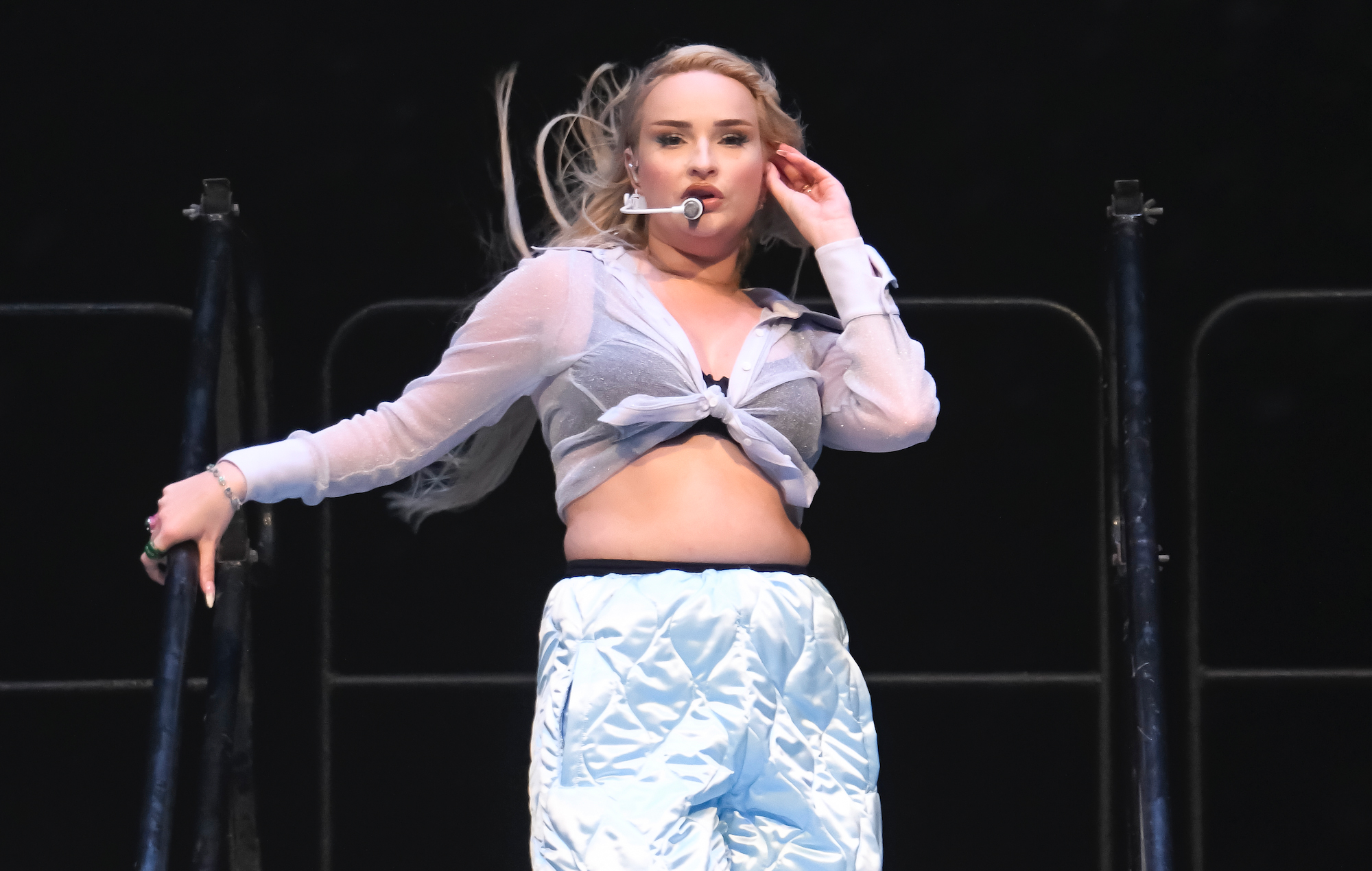 Kim Petras shared a suggestive new single titled “Coconuts”, largely made up of inventive euphemisms for her breasts.

Ahead of its release on Friday, December 3, Petras previewed the catchy new song at this year’s MTV Europe Music Awards. The track debuted in a scorching performance that Petras said was in part to protest against recently passed anti-LGBTQ + legislation in Hungary, where the EMAs took place.

“I’m transgender and perform at EMAs,” she said at the time. â€œIt’s going to be pretty powerful to be in Hungary and be on the show when these laws have just been implemented. I believe in free speech and I don’t really believe in censorship doing anything good for people.

“Music is such a powerful thing because it’s supposed to break down barriers and it doesn’t matter in music what genre you are, what sexuality or what skin color you have – music is a very universal thing.”

The song itself is quintessentially Petras’, blending a bright, confident vocals with a sparkling disco-pop instrument prepared for the dancefloor. In a choice passage from ‘Coconuts’, she sings: “So juicy and so ripe / You wouldn’t believe / I give them different names / Mary-Kate and Ashley/ They ask me what is my height/ Just give them a squeeze. “

Take a look at the â€œCoconutsâ€ lyrics video below:

“Coconuts” marks Petras’ second new track for 2021, following the release of “Future Starts Now” in October. The two songs will appear on her second album, which has no title yet, due for release sometime in 2022. Petras confirmed in July that the next album is “fully finished” and will contain “no sad songs” .

In a four-star review of Petras’ first disc “Clarity”, NMENick Levine called it “a catchy album” and “a complex album that is boastful but never all in one note”, adding that Petras “already sounds like a legitimate pop star.”

Since the release of â€œClarityâ€ in June 2019, Petras has also released two standalone singles: the sunny â€œMalibuâ€ and the Halloween-themed â€œParty Till I Dieâ€.

Meanwhile, Petras revealed at last year’s NME Awards that she wanted to work with Robyn. “I would die. She’s the Queen of Earth,” said German singer-songwriter, before adding how much she admires Courtney Love. “She’s an iconâ€¦ a tough guy forever.” , Petras said of musician Hole.