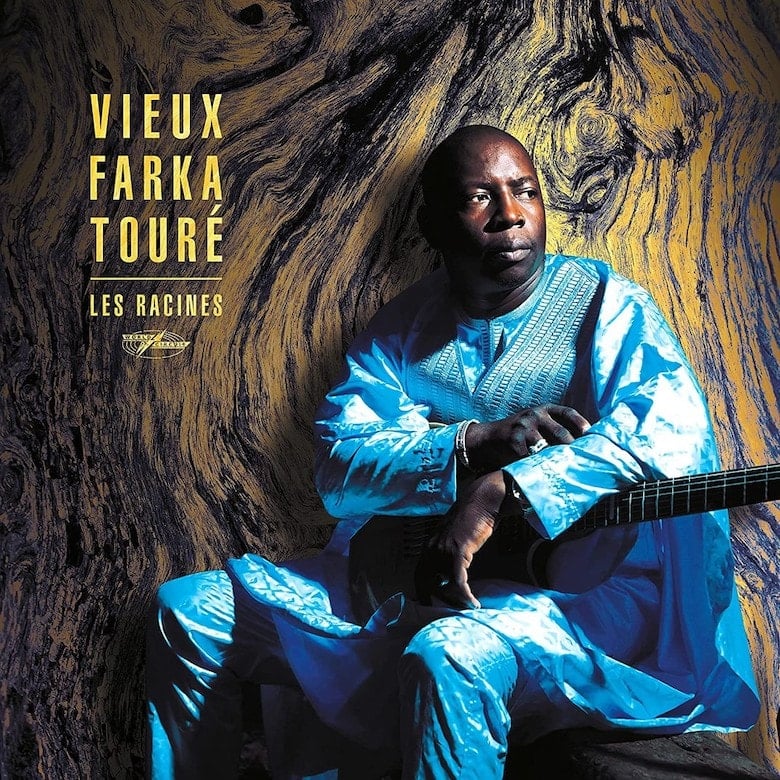 Old Farka Tourethe ‘Hendrix of the Sahara’ and son of fire Ali Farka Toure, widely acclaimed as the greatest African guitarist of all time, has established himself, in his five solo album releases to date, as an illustrious musician who forcefully pushed the boundaries of West African music. . With his latest release, Rootswhich translates to ‘the roots’, the title says it all, while Vieux returns with music that reconnects with the traditional music of northern Mali Songhaï, introduced worldwide by his father and endowed with the Western label ‘Desert Blues’ .

This return to basics is not the only example of closing the loop since it is also Vieux pour’s first album for World Circuitthe label for which his father recorded from 1987, with the release of the eponymous Ali Farka Tourstarfollowing previous work with Sonafric, to his death. Not only has this long-held ambition to be on the same label as his father now come true, but the album was also mixed by the famous Jerry Boys(possibly to Bodmin), who also worked on many of Ali’s albums.

Ali Farka Touré won three Grammy Awards with World Circuit. Recorded in Bamako in Vieux’s home studio, named in honor of his father, Roots is so good that it would not be fanciful to think that it could also receive such success.

Born in 1981 in Niafunke, a town on the Niger River about 100 miles south of Timbuktu in Mali, Vieux’s father disapproved of his son’s wish to become a musician, even though he himself defied his own parents. by doing it. Ignoring this advice, Vieux started out as a drummer and calabash player in Mali. National Institute of Artsbut he secretly started playing the guitar in 2001. Shortly before Ali’s death, and with the help of a family friend Toumani Diabatemaster kora player, Vieux received his father’s blessing to become a musician, indeed he contributed to Vieux’s self-titled debut album.

Subsequent albums saw Vieux work hard to establish his own musical identity, with many and varied collaborations taking West African music into previously uncharted waters, with his latest live album. Sambareleased in 2017.

When the Covid pandemic hit in 2020, the lack of touring opportunities hit this prolific live performance artist hard, but at the same time gave him the opportunity to buckle down and work tirelessly for two years on a project that was actually in the works for a long time. longer. As he explains, “I’ve wanted to make a more traditional album for a very long time. It’s important to me and to the people of Mali that we stay connected to our roots and our history… Going back to the roots of this music is a new beginning for me and I’ve never spent so much time or worked so hard on an album… I took a lot of time to think about how to do it and how to put it together.

Vieux is joined on the album by a host of guest musicians including Moussa Dembelstarpercussion, younger brother of Toumani Diabaté Madou Sidiki Diabatewho plays kora on the title track and on Lahidou, Fa of Kandian’goni, Marshal Henrylow, Souleymane Kanecalabash, Modibo Marikolow Cheick Tidiane Seckkeyboards and Madou Traore on the flute. Besides, Amadou Bagayoko, from Amadou and Miriamcan be heard playing guitar on Gabou Ni tie.

The ten songs on the album are all original compositions and cover a range of topics, including personal reflections on love, family and remembrance, as well as contemporary social issues such as respect, unity and compassion, important in a country where high illiteracy rates mean that music is the primary method of disseminating knowledge and information.

The scintillating opening track, Gabou Ni tie, with meandering double guitar lines and echoing call-and-response vocals, tells the story of a young girl who spends her time wandering, ignoring her family’s advice and in bad company. The song asks him to comply, because the preservation of traditional values ​​is based on respect for parents and the whole community.

Behind the bewitching groove of Ngala Kaourenewith the flute of Madou and the esoteric choirs of Kadiatou Baha sound that will undoubtedly resonate with fans of Tamikrest, Terakaft or TinariwenUnsurprisingly given the close ties between Songhai and Tuareg music, there is a strong call for unity and peace in the lyrics as Vieux implores the various ethnic groups to reconcile their differences to pull Mali out of its crisis. .

Similar sentiments are expressed in both Be together and Tinnondirene, where Vieux, once again, makes compassionate pleas for understanding and unity. In the first, a haunting, drum-heavy plea for an end to endless wars, while the second has a coruscating guitar in the foreground and Vieux’s almost howling voice calling for a formal framework of consultation to aid in the process. of national reconciliation in Mali.

Sandwiched between the above is the title track, Roots, which delimits the complete circle mentioned above. Having established his own identity, Vieux now returns, with pride and authority, to play music that links modernity with a healthy respect for the past and tradition. A stripped down track, with guitar, kora and percussion, it is nevertheless a sonically involved piece, layer after layer of instrumentation creating a truly seductive melodic sound.

The importance of “family” is also featured prominently on the album. Adounamed after his son, and dedicated not only to him but “for all the children of the Earth” features more searing guitar work from Vieux and glorious vocals from Kadiatou, while Flany Konare, a snippet from the release, a love song in the absolute sense, is steeped in an intricate, cyclical guitar pattern, intertwined with n’goni and gourd. With Lame,(the soul), an instrumental that pays homage to its father, the layered textures, with the flute prominent in the mix, produce, at times, a sound reminiscent of Chinese guoyue.

The two closing pieces return to previous themes. First of all Lahidoua glorious song imploring the listener never to make a promise that cannot be kept, has a seductive melody that ensnares and penetrates in equal measure, and finally, Ndiehene Direnewhich fully displays Vieux’s signature guitar virtuosity over complex, labyrinthine layers of sound, while the strident lyrics, sometimes spoken, call for an end to hostilities, solutions to problems and the rebuilding of Mali through unity.

Old said that “The album is a tribute to my father but, just as importantly, to everything he stood for and stood for.” Roots is not only an album that Ali Farka Touré would have been proud to see perpetuated the traditions and beliefs he espoused and embraced, but it also confirms that, musically, Vieux is now the legitimate heir of his illustrious father.