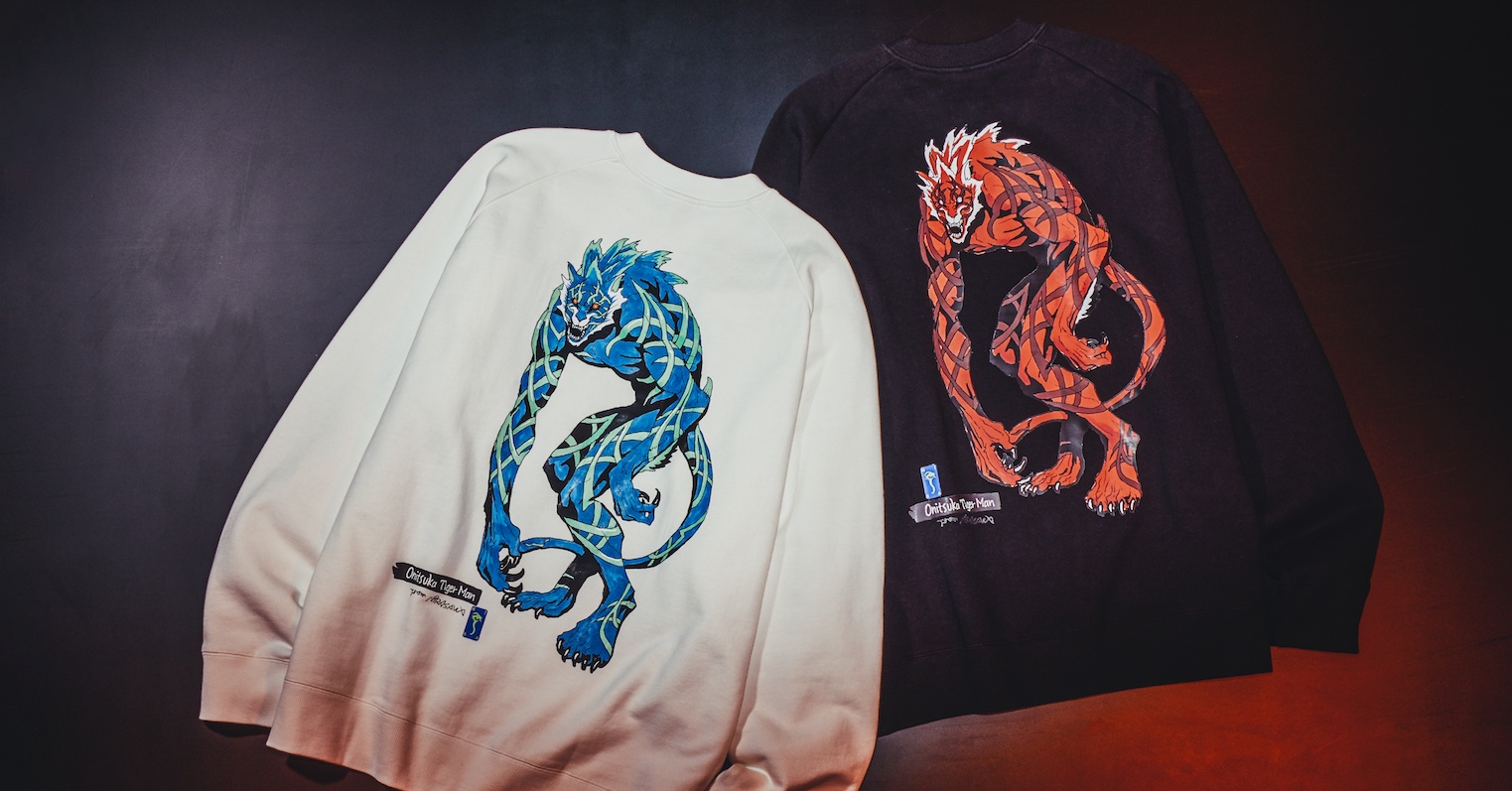 Whether you believe in luck or are just looking to upgrade your wardrobe for the New Year, the Onitsuka Tiger Collection with Yasushi Nirasawa is just what you need.

To celebrate the Year of the Tiger, Onitsuka Tiger unveiled a special collection made in collaboration with the late Japanese illustrator and mangaka. Best known for his work on the Kamen Rider series, Nirasawa contributed a character design inspired by the blue and red stripes found on the iconic Mexico 66 sneakers. Nirasawa’s anime-style creature, nicknamed “OnitsukaTiger Man,” is now featured on t-shirts (S $ 129) and sweaters (S $ 229) in black and white. The clothes are also stamped with the artist’s signature.

Onitsuka Tiger also commissioned Japanese sculptor Takayuki Takeya to create a 3D model of the creature, which will be on display at the brand’s flagship stores in Omotesando and other locations.

The collection is the first to be launched as part of the brand Year of the Tiger Onitsuka project. For the collaborative series, various artists will be invited to offer their creative vision of the tiger, symbol of the Chinese zodiac of 2022. The animal is known to represent ferocity and bravery; the bearers of the motif also believe that it will bring them luck.

The limited-edition pieces will be released in Singapore on Saturday, January 1, 2022, at the brand’s boutique in Ngee Ann City, as well as on its website. Unfortunately for collectors, Takeya’s 3D action figures are not for sale, but you can take a closer look below, along with the collection.

All photos courtesy of Onitsuka Tiger.

The exhibition celebrates the life of artist and performer Leigh Bowery