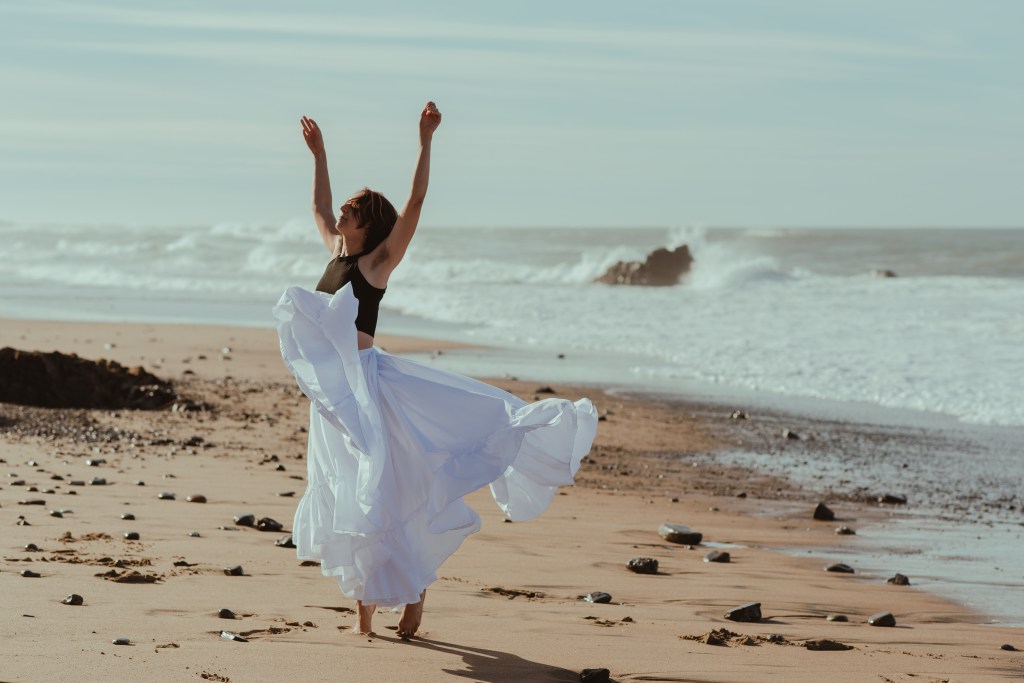 
Amelia Nommensen wasn’t your typical marine biology major at UC Santa Cruz. Graduated with honors in 2014, she was instrumental in the recovery of the dance minor, a member of the first cohort to graduate with this minor after more than 10 years. After graduating, Nommensen worked for seven years as a naturalist and kayak guide at Elkhorn Slough, San Francisco Bay and the Salish Sea, while dancing and choreographing with performance giants such as Tandy Beal and Co., David Popalisky, Modern Collective Dance Co. and many more.

Today, she has mingled her love of marine science and conservation with her passion for the art of performance in a series she created called “Upwelling”, which she describes as “an inspired dance performance. of the ocean with a deep sea soundtrack “.

I wanted to connect with Nommensen after watching his latest dance film in the Upwelling series, Matriline, where it performs on a coastal cliff depicting the movements of generations of pods of killer whales. “As a guide on the water, I wanted to bring people with me to experience the beauty and peace of the ocean, but this time with the magic of dance, theater and cinema. I thought if people could feel the sensations of the ocean through sound, dance and lights, they would care enough to protect it, ”she says.

Nommensen has spent the past four years growing and evolving Upwelling, telling me that she chose dance film as her medium because of its ability to “reach audiences regardless of location”. She shares that “the first iteration of Upwelling took place in a converted community space in Oakland where we huddled into 50 chairs and played two sold-out nights. Upwelling has continued to grow and adapt to new spaces including Dance Mission San Francisco, Wildcat Studios Berkeley, LEVYdance San Francisco, and now in two new dance films. My plan is to continue performing live and making films, exploring ways we can bring the ocean to people, reminding them of its presence and importance. “

In Matriline, which debuted at Seattle’s Jack Straw Cultural Center, Nommensen twirls, dives, swings and stretches while balancing a piece of driftwood, even swinging and kneeling near the edge of the cliff, dressed in black and sailing with a white scarf in the wind. Her graceful movements are tuned to the bellows and whistles of true Orcish communication.

Its lighting, videography, and precise and sometimes nerve-wracking coordination are all impressive without a doubt, but the soundtrack showcasing the underwater world is what sets the experience apart. “I wanted to take people below the surface, so seagull calls and crashing waves weren’t going to cut it,” she says. “The audio for Upwelling consists primarily of underwater recordings, sourced from the Monterey Bay Aquarium Research Institute (MBARI) in Monterey Bay as well as the OrcaSound network in the Salish Sea. For me, these mighty decibels resonate in the body. It offers the public immediate access to the underwater scenery through sound. It is important that the abundance of wildlife is felt, experienced with the layering of sounds to feel full and surrounded. “

Matriline was born out of Nommensen’s time living in the San Juan Islands and noticing the changing baselines of its marine environment. “It was after experiencing what I can only describe as the low waters of the Salish Sea that I felt the need to process sensation through movement,” she says.

Nommensen continues, “After guiding the water kayaking daily for three consecutive months and not seeing any killer whales in what is considered their main feeding ground at this time of year, I felt wrong. Boats passed noisily past me, and the waters of Juan de Fuca Strait were deep and empty. I had also just led kayaking tours teeming with wildlife in Monterey Bay, so the contrast was stark. To be clear, there were sightings of killer whales during this time, but they were rare and usually seen from motorboats looking for pods. There was a yawning feeling that these waters had been scraped away with a heavy hand of greed. And so from that feeling, Matriline was created, to help better understand the story and connect us to a time when things weren’t so distorted.

Nommensen believes the ocean, and orcas in particular, share lessons that humans can benefit from. “By creating Matriliné, I have considered the powerful bond that orcas have with family. With strong family ties and care for the entire pod, it’s clear that orcas are community oriented. It has been studied that specific groups have unique dialects in their communication and feeding strategies in different parts of the world.

This culture is passed down from generation to generation through the maternal line. Grandmother Orc has all the knowledge necessary for survival and it is crucial that young calves learn it exactly, ”says Nommensen. “If I reflect on how their community structure works and generational support for their unique techniques, I can walk through to see how we can behave as humans. In our bloodlines we carry the knowledge, trauma and healing of our ancestors. This life is our opportunity to play a role, to make choices, and to engage in ancestral healing. Just as we have ancestors, so do orcs. I ask the question: what can we learn from them, and what more is happening that we cannot see?

Nommensen concludes: “My hope for Upwelling is to inspire people to go to the ocean. If I can get people to remember ecosystems rich in wildlife, maybe we can fight for their return. The reality of the abundant oceans is not out of reach, and Monterey Bay is proof of it. Ecosystems are resilient, and with a little care and protection, they recover. A future where the Salish Sea is once again home to orcas that feed in large quantities is possible. It is the frontier of conservation efforts today. There is always hope.”

To access Nommensen’s work and support his fully crowdfunded Upwelling productions, visit nomensendance.com or connect on social media by following Upwelling on Instagram.