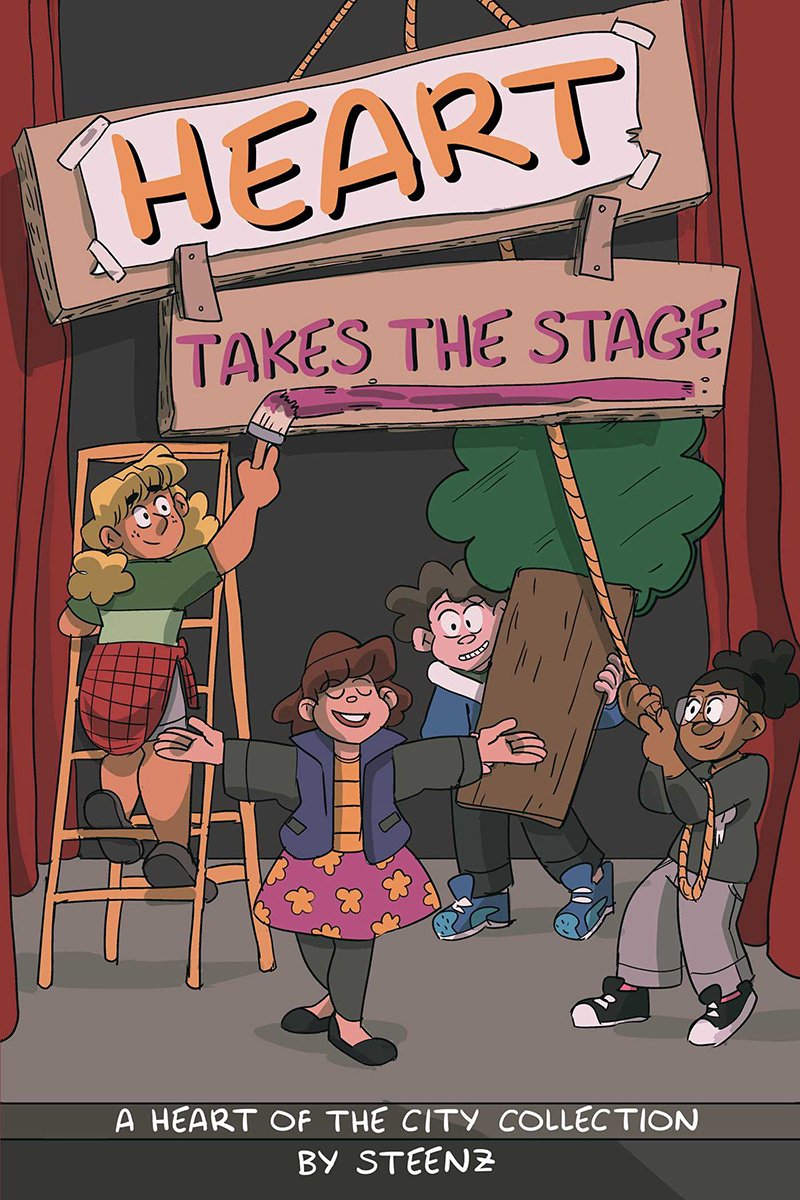 In April 2020, St. Louis-based illustrator Steenz has taken over the daily comic heart of the city, making him the second non-binary black cartoonist on the mainstream fun pages. Originally launched in 1998 by Mark Tatulli, heart of the city follows Heart Lamarr, a precocious Philadelphia teenager, her family and friends as they navigate life’s daily ups and downs.

Taking the reins of the longtime comic, Steenz, who also teaches cartooning at Webster University, gave comics a new look and moved Heart and his friends to middle school, where they’re experiencing hardships. such as a teachers’ strike, Heart’s first school play and a mystery Halloween party. The heart takes center stagewhich comes out this month, is the first compilation of their work for heart of the city. It’s a sweet collection of stories that all ages can enjoy, culminating in the introduction of Steenz’s first new character, Charlotte.

Charlotte, a theater tech and proud geek, quickly gains best friend status alongside original characters Kat and Dean, and she’s delightful in her role as “school’s resident weirdo girl,” chasing ghosts and arriving at a Halloween costume party as Lydia Deetz at her sister’s Beetlejuice.

Kids and kids at heart can pick up this charming collection of comics locally starting May 3 at The Wizard’s Wagon, Betty’s Books and Fantasy Books & Games.

10 things that actually happened in Legends of Tomorrow