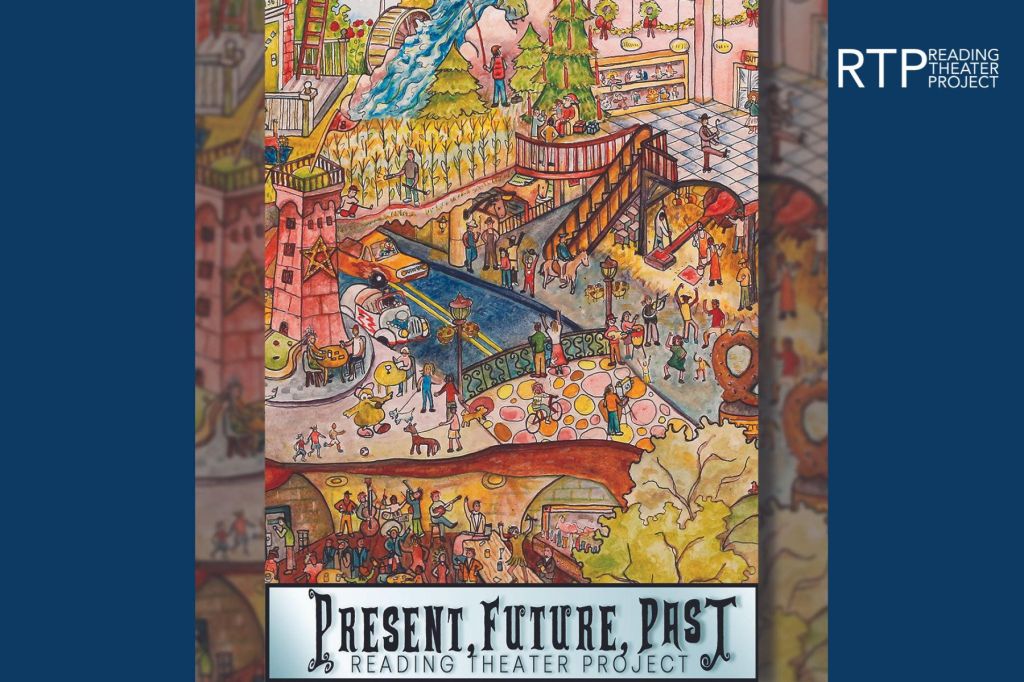 This production is the Reading Theater Project’s season premiere, “Shadows From the Past”. The annual 5-Minute Fringe festival will take place in February on the theme of “shadows”, and a series of theatrical readings will take place in the spring. All productions will follow the Pay What You Will model. This production has a recommended donation of $20, and anyone who can is encouraged to pay the $40 Pay It Forward prize. This ticket pricing model is part of the Inclusion Action project to make theater more accessible to all audiences.

Tickets are available at readingtheaterproject.org or by calling 484-706-9719.

Complex stories and thought-provoking themes have become the hallmark of Fall Arts Festival theater productions. And that’s exactly what audiences can expect when “Watch on the Rhine” begins its three-day run Friday at the WCR Center for the Arts, 140 N. Fifth St.

“Watch on the Rhine” is set in 1940, a year before the United States entered World War II. Kurt and Sara Muller – along with their three children – worked in the anti-fascist movement in Europe but came to America to visit Sara’s well-to-do family who have so far been isolated from world events.

The piece has special meaning for Meegan Gagnon, who plays Sara.

“My mother’s father was a member of the Dutch Underground,” Gagnon recalled, adding that he had helped save his grandmother, a German Jew. “It’s so meaningful because I grew up with these stories.”

But audiences don’t need to have a personal connection to the Holocaust to appreciate the play, says Sue Sneeringer, who plays Fannie, Sara’s mother.
“We want people to identify with the characters,” she said. “It’s a story of family and relationships. I hope the audience can imagine themselves in that situation and think about how they would react.

The show is directed by Fall Festival veteran John Gancar, who has helped stage thought-provoking pieces including last year’s performance of “The Amish Project” and 2017’s production of “1776,” which included an all-female cast five years before the Broadway revival — also with an all-female cast — was announced.

“Meegan was my John Adams,” Sneeringer recalled of the “1776” performance.

When asked to compare this show to “Watch on the Rhine,” she had no hesitation in saying, “It’s harder.”

Kirk Lawrence-Howard, who plays Kurt, added, “But if it wasn’t hard, it wouldn’t be fun.”

“I’m close to Fanny in personality,” Sneeringer said, capturing the difficulties of the role. “But I’m too attentive and she’s too attentive. I have to let her be ignorant.

In the play, the characters can only remain ignorant as long as world events eventually crash into their isolated world.

“The themes are still relevant internationally and even just outside of our own communities,” he said.

Performances are scheduled for Friday and Saturday at 7:30 p.m. and Sunday at 3 p.m. For more information and tickets, visit FallFestivalOfTheArts.org.

A video recap of the Berks County Rock & Roll Hall of Fame Induction Happening has been posted on YouTube. The 26-minute video shares highlights from the September 10 induction ceremony at FirstEnergy Stadium.

Submissions for consideration can be sent via Instant Messenger to the Berks County Rock & Roll Hall of Fame Facebook page. A short resume/bio of musical work, accomplishments, venues, gigs should be included along with a picture of the band or individual musician. The image can be a vintage photo reproduced in high resolution jpg.

Applications are welcome from October to May for an initiation that will take place next summer. Defunct bands and deceased Berks County musicians are eligible. For more information, email Dave Kline at [email protected]

The Northmont Fellowship Association, 600 Bruckman Ave., will host a monthly Jazz Jam featuring John Fundyga (drums), Skip Moyer (bass), Carl Zeplin (guitar) and Tim Gross (woodwinds and keyboards) starting Saturday at 5 p.m. At 20 o ‘clock. the musicians were part of the long-running monthly jazz jam at the Ukrainian-American Social Club. Beginners and pros are welcome to sit down and jam. The kitchen will be open. A nominal cover charge will be charged.

Berks County artist Jon Bond will present his exhibition “Nothing Is Everything” at the Lapp Gallery at the Mennonite Heritage Center, Harleysville, Tuesday through December 18, including during the Christmas Market December 2-3 from 10 a.m. to 4 p.m. Guests will have the opportunity to meet the artist and learn the stories behind the paintings at a reception on November 13 from 1 to 3 p.m.

“Nothing Is Everything” will feature 40 original works including egg tempera, oil, watercolor and ink drawings. The finished works, along with studies and derivative compositions, capture the harsh, rustic beauty of the northern Berks County landscape that surrounds Bond’s art studio in Albany Township.

Author and Leesport resident Tom Dillman’s book, “The Legacy of the Boc: Book 2 of The Gnome Door Chronicles,” is available now from Amazon, Barnes and Noble, IndieBound, and Crave Press.

“The Legacy of the Boc” continues the story of teenage protagonist Susan and her grandfather Cooper. On a return visit to Tir-Na-Fey, the land beyond the Gnome Gate, Susan and Cooper are asked to help when a mysterious book, written in the language of the Boc, a group of lost elves, is discovered. and must be opened by magic.

But Al-Ron, a dark elf, has another book Boc he hopes to use to find and open a box that holds magical secrets and immortality. Al-Ron has teamed up with Chancellor Adronis who hopes to use the Boc book to help him take the throne. Susan, Cooper and their friends must prevent the Boc books from being used for evil if they hope to save Tir-Na-Fey and their world beyond the Gnome Gate.

Dillman, a lifelong runner and karate student who graduated from Reading High in 1974, began writing about a dozen years ago. “The Gnome Door Chronicles” started as a bedtime story and turned into novels. For more information, visit www.cravepress.com.