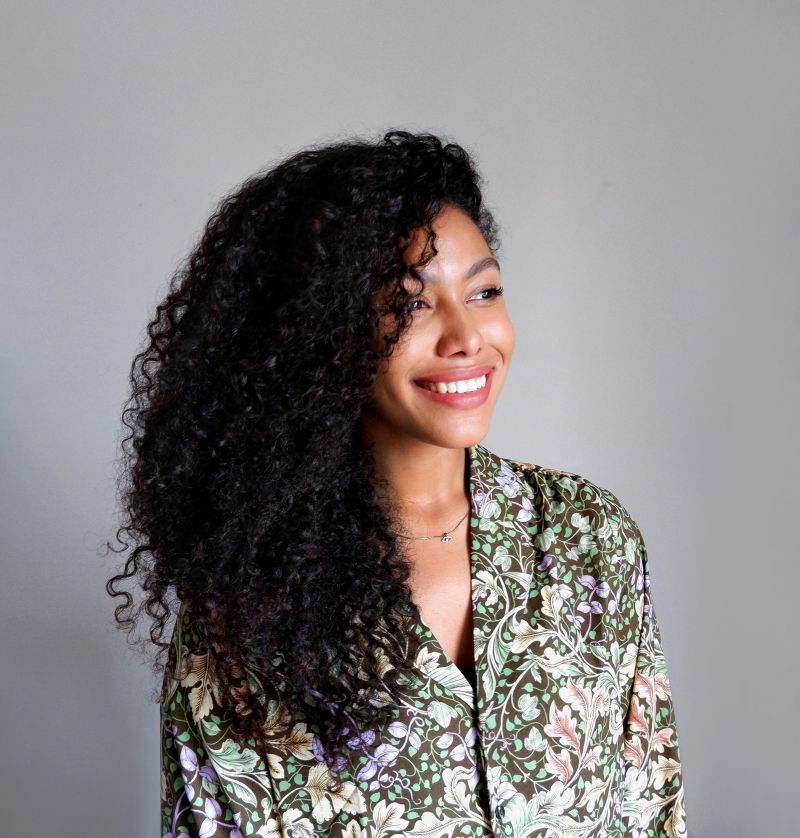 Now, for those of you who work as sole traders, you might think that freelancing doesn’t quite offer the escape from the rat race that many of us dream of, but Sarah Madden has made it possible. Having previously worked for a few design studios in Leeds, Sarah worked longer hours when other staff were furloughed.

On the brink of burnout, an affliction sadly imposed on so many of us recently, Sarah decided enough was enough. She had illustrated on the side to earn some extra cash and realized she could go out there and make illustration part of her full-time gig. Thus, at the beginning of June, she submitted her resignation to her agency boss and declared herself an official freelance illustrator and designer.

With clients already ranging from Adobe, Facebook, Google and – every artist’s dream – The New Yorker, Sarah’s future looks very bright. We wanted to learn more about his revelation and move to start his own business. And we wanted to find out how she made it all possible and if that dream of escape came true.

You have had great success so far. Have you always been a motivated person?

I have always been interested in art, drawing and creation. My parents supported me and allowed me to explore and grow in this space. They had not gone to college and were from working class backgrounds. My father was a welder and my mother was a nurse’s aide. There was never any pressure to go to college or to focus on math and science. I was also the third child, so I’m sure they just wanted me to go on and do my own thing. [Laughs]

I had a few pivots in my career. I made changes and followed my instincts. Truth be told, though, I don’t really feel like I know what I’m doing. [Laughs]

It’s refreshing to hear. Looks like the creative industry is getting more honest. Would you be okay with that?

Yes. I worked for a few design agencies around Leeds before going freelance. The general manager at my last place of employment was very honest and open about her mental health, encouraging her staff to do the same. She admitted when she felt anxious or overwhelmed. This shared vulnerability was something we appreciate. It made me realize that we are all figuring things out and none of us are working 100% all the time. Successful people are human like me. It is a relief.

Are you based in Leeds?

Yes, I’m from Sheffield, where my mum still lives, and came here to study fine art at the University of Leeds. I graduated and first got a job in marketing. It was an industry-related role that I hoped to eventually break into. And that would give me relative experience and ideas. It was a really useful experience.

You are lucky because you live in a city where the first thing someone asks you is not ‘What are you doing?’. It’s not like London.

Yes, we’ve always been told that London is the place to be – especially if you want a decent creative career or be a successful artist. The impression was that London was home to the best agencies and galleries and was the only real city to consider. But, to be honest, even though I love visiting London, I can’t imagine myself living there. I don’t like crowds. Being a girl from Yorkshire, I just wanted to stay close to home.

Do you think this idea that you only “make it” in London is true?

I don’t know what “do” means. I’ve been asking myself this question a lot lately. What does success mean and what does success look like? It means different things to different people. As for London, the tutors for my course hadn’t worked in the creative industry for some time, so it’s no surprise that they saw the capital as a great career choice. But today there are so many successful studios and agencies outside of London that it’s possible to be successful anywhere. For example, there are a lot of opportunities flourishing here in the North, especially in Leeds and Manchester. And there are also a lot of talented people in this direction.

I am not sure. It’s interesting that you previously described me as “motivated”. It is certainly true. But I didn’t realize I was like this until about a year ago. After talking to friends, this seems to be one of my character traits. In this, I take the initiative, set goals and work hard. I understand what I need to do to achieve everything I set my heart on. If that’s a definition of success – the ability to constantly improve – then that’s good enough for me.

There have been so many self-doubts and impostor syndrome throughout my career that I have had to fight back. It’s a common thing for all of us. Every day you have to overcome it. Otherwise, it will continue to eat away at your ability to succeed.

You have just become independent. What does it do?

You know, it’s interesting. I’m generally risk averse and have a lot of financial anxiety because I didn’t grow up in a super stable environment – ​​sometimes money was tight. But this time, I took the plunge. I am completely unprepared. My site has not yet been updated. And not having a steady income every month is terrifying. [Laughs] Despite all this, I felt that I had no other choice. I was doing very well in my old agency and my boss was happy with my performance. But there was something wrong. I couldn’t put my finger on it, but I knew I had to go.

But were you a bit prepared?

Absolutely. I was lucky enough to be freelancing next door for 18 months. It meant I had built a portfolio and clients, so it wasn’t a cold start. I also saved some money to have a buffer zone, just in case.

So, would you define yourself as an illustrator now? Is it difficult to describe what you do, since you are also a designer?

Hybrid jobs are one thing. Job titles are not really tied to the creative multidisciplinary roles we have now. You could do UX design as a graphic designer or try your hand at illustration, so what would you call it?

Having benefited from a varied background, you will only add strength to your list of skills as an illustrator.

There have been so many self-doubts and impostor syndrome throughout my career that I have had to fight back. This is a common thing for many of us. You must actively overcome it with every challenge and at every stage of your career. Otherwise, it will continue to eat away at your ability to succeed. I had to step into freelancing and embrace those days of insecurity, reminding myself that we all struggle. And that’s normal.

A big thing that has helped me is believing that I am adding value. I constantly remind myself that I got the job because I did a good job. I am in this meeting because I have good ideas and opinions. Creative Boom asked me to do an interview because I’m doing something interesting.

Give yourself a September deadline to refresh your website. But take advantage of this summer to prioritize and rest.

I appreciate it very much. Do you have any other tips? [Laughs]

[Laughs] Well, I think we all feel exhausted now. This is not a surprise, considering that we have just suffered a pandemic.

It feels a bit dark, doesn’t it! I count my blessings, though. My family and friends are safe and sound. I worked throughout the pandemic and avoided furloughs, which made me feel more secure than others. And working from home was nice, because I have a nice, peaceful apartment. I had a very easy ride compared to the others. But gosh, it was a huge world changer. I wondered what the world would look like in the future.

It also made me re-evaluate my life. Do I want to slow down? Well yes. Agency life has tight deadlines and crazy hours, sometimes working until the early hours. And that was normal and doable for me. But it’s hard to deal with if your mental health and well-being take a hit. I wonder if there is a different way, a better way. I hope to understand this during my freelance work.

It makes you wonder what is important. We’re all still figuring out what’s next.

I don’t know what it looks like. It is important to keep an open mind and respond to these thoughts and questions. And knowing that everything will be fine.

Given your style of illustration, how would you describe it?

It is a space that I am still exploring. It’s like the start of an exciting journey. Illustration may be new to me, given that I only got into it three years ago, but it stems from the painting I did during my Fine Art degree in Leeds. As I moved up the career ladder, I was thrown into the world of marketing and graphic design – typography, layouts, branding and logos. There was an illustration element but not much. Until the day when an illustrator came to our agency to help with the storyboard, and the penny fell: Ah, this guy draws for a living. That’s when I started to explore illustration more and incorporate it into my skillset.

Around this time, my father passed away and I had a breakup, and my mother had mental health issues. I wanted to do something positive to help me cope, so I turned to illustration as a medium for therapy. And I started an Instagram account that included drawings and thoughts on mental health themes. My work involved a lot of self-reflection, so there was an element of vulnerability and humility. It helped when others got involved and wrote about how they had the same challenges. It also caught the attention of potential clients and made me realize that I could become an illustrator. That’s when I started to explore my style. I like simple illustrations with simple compositions, line art and bright colors. I feel like I’ve picked up an old hobby, so I’m still exploring it.

You’ve come full circle – it’s wonderful to see. It’s been almost a decade since you graduated. What do you think you learned the most about yourself?

Too often I find myself in the camp of doubt. I tend to think about all the things I want to do and all the ways I want to get better at what I do. Which is fine, but I need to take the time to recognize my current accomplishments and abilities – otherwise it will hold me back in its own way. I also learned that it is okay to make mistakes and I trust that I will always find the solution. That’s all any of us can hope for – that we do our best at the time.