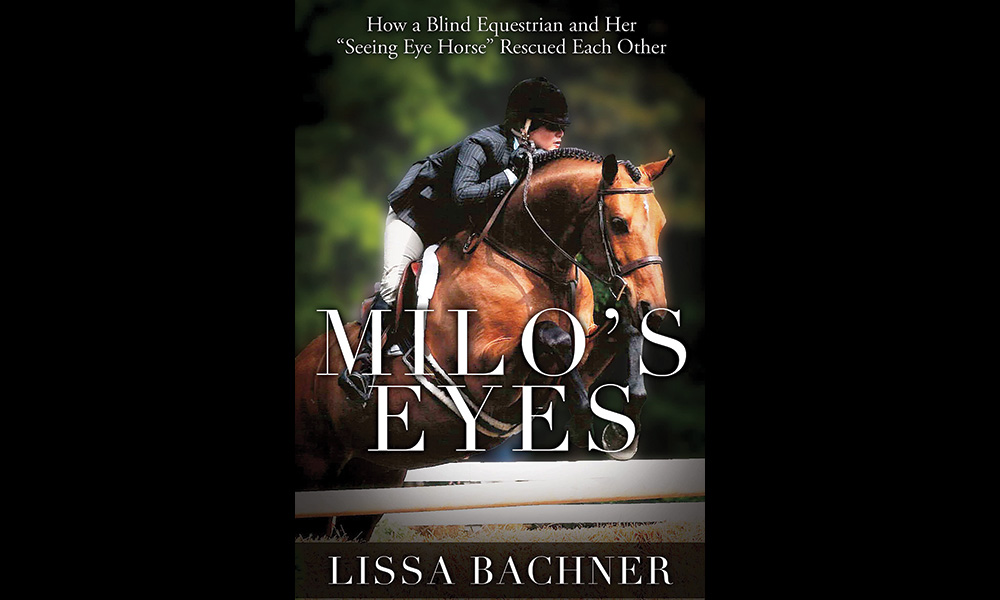 Saratoga Books of the Month

In addition to being home to some of the most historic and important tracks in horse racing, New York State has also produced many of the best horses in the sport over the past half century. And who better to collect their stories than a former historian from the National Museum of Racing and Hall of Fame in Saratoga? Drawing on his extensive experience at the museum, Allan Carter, who died in April following a battle with cancer, shares the successes of some of the state’s most beloved runners in this impressive historical account.

In the heartfelt autobiographical work Milo’s Eyes: How a Blind Equestrian and Her “Seeing Eye Horse” Rescued Each Other, famed equestrian and Skidmore alum Lissa Bachner recounts how Milo, the 5-year-old horse she nursed after he was mistreated by his former owner, saved his when a rare immune disorder threatened her and eventually caused her to lose her sight. Against all odds, the duo became one of the most successful riding teams in the country, winning two national rankings and forming an unbreakable bond.

This new novel by Coxsackie resident Cordelia Michelsen tells the story of Harper Monroe, a gifted woman who has the ability to see those who have passed away. Paying homage to Michelson’s own life experiences, The In-Between addresses themes of strength, love, loss and healing, and reaches out to those struggling with their own personal battles.

In her new environmental novel, Saratoga-based author Lâle Davidson revisits the violent clashes in Northern California’s redwood forest between looters, loggers and activists in the 1990s, forcing readers to consider the relevance of history versus today’s climate. With a mythical twist characteristic of many Davidson books, Against a current proves that trees themselves have a surprisingly powerful voice and begs the question: what will it take to wake humans?

Looking for a new bedtime read for kids? This story by award-winning author and illustrator Jennifer Sattler, a Saratogian, follows Buckaroo and his beloved horse, Lou. Written to the nursery rhyme “One, Two, Buckle My Shoe,” children are encouraged to count with Buckaroo and his sidekick through the barnyard.