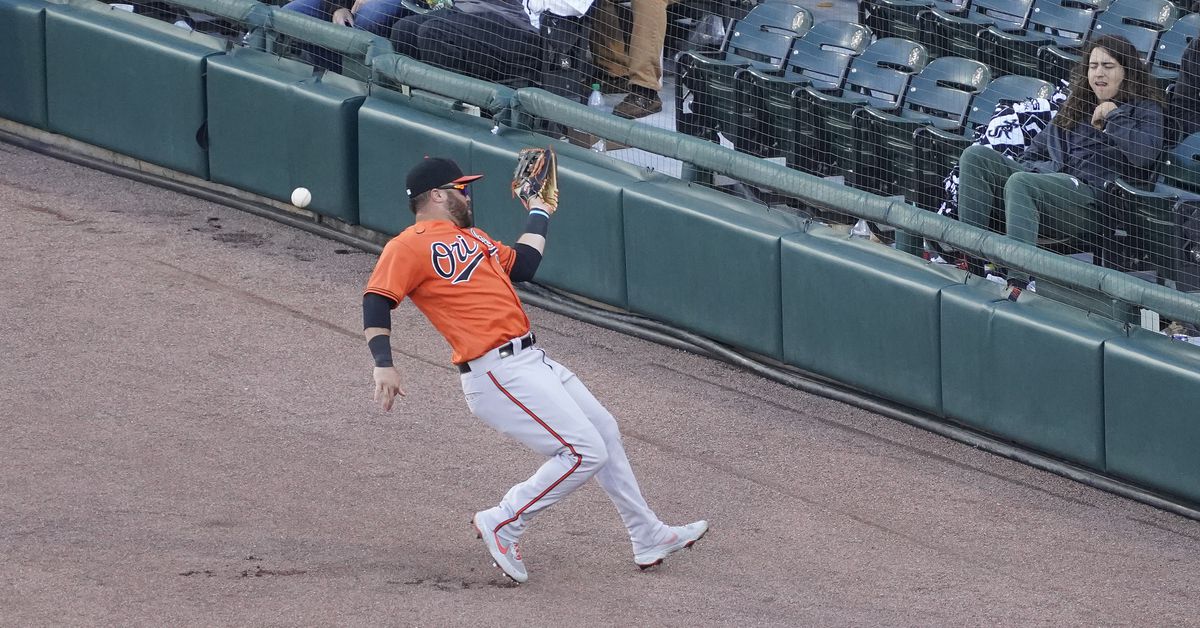 If you have decided to do more than watch the Orioles play a double sided against the White Sox yesterday, you have made the right choice. In the space of two games of seven innings, the O’s extended their current losing streak from 10 to 12 and pushed a series of runners into the futility of scoring 0-22. It’s almost unbelievable, until you look at the list.

You can read Andrea’s recap from Game 1 and Alex’s recap from Game 2 for the not-so-good totals as the Orioles fell to 17-35 in the 2021 season. They are currently on track for a 53-109 season, which would be a worse victory than the Orioles’ last full season team put together. Rebuilding is what it is, but it would be nice if it didn’t have a period of MLB-level setback.

In post-double remarks to media, manager Brandon Hyde said the Orioles’ last few weeks of baseball have been “embarrassing at times.” That sums it up pretty well. They don’t hit. Throwers not named John Means generally didn’t throw well. The defense has been periodically suspect, especially concentrated around the capture position.

We don’t know when all this will change. The White Sox series, at least, was marked by the absence of Trey Mancini for most of the first three games. He could be back in the lineup for the series finale today. But the first nine losses had a healthy Mancini and he wasn’t enough to propel the Orioles to victory on his own. It sucks!

The team are now 2-18 since the Means No-Hitter and 5-21 overall in May. As bad as these Orioles teams have been, neither the 2018 nor 2019 Orioles have ever had a full month of games where they won less than six games. There are two chances left for the O’s to secure a sixth victory before the end of May. One of those chances comes against the White Sox starting at 2:10 East this afternoon. Keegan Akin and Lucas Giolito are scheduled starters for the final.

Elias talks about business potential in radio interview (Steve Melewski)
Elias said: “The guys who are on this team and may be on this team for several more years, it’s less likely that we will trade them.” He then predicted a quieter trading period this year. With the stinking enclosure en masse, there aren’t many candidates, anyway.

Spotlight on Prospects: OF Deson is “ Spiderman ” (Orioles.com)
Mishael Deson was part of Mychal Givens’ commercial comeback. He is expected to make his debut in an Orioles organization later this year when the Gulf Coast League kicks off.

The Orioles’ losing streak hits the dirty dozen; Hyde is frank about the frustration (Baltimore Baseball)
Maybe this is the story of the 2021 Orioles: â€œWe have guys that we wanted to watch this year. We discover them from an evaluation point of view and that’s good. But you want to put a competitive product in the field. “

Orioles see logic and challenges with a short bench (Roch School)
I would say having a 14-man pitching stick doesn’t benefit the Orioles much when 11 of 14 pitchers are bad.

Today, in 1982, Cal Ripken Jr. beat the Orioles eighth against the Blue Jays after failing to play in Game 2 of a leading double the day before. It was the first of his 2,632 consecutive games played.

There are a few ancient Orioles who were born on this day. They are: 2013 four-game reliever Jairo Asencio, 1993-95 pitcher Mike Oquist and 1962-67 Baltimore-born pitcher John Miller. Miller, who played 23 games for the 1966 World Series-winning Orioles, died last year at the age of 79.

On this day in history …

In 1431 Joan of Arc was burned at the stake after being found guilty of heresy by a court under English control.

In 1635, the Thirty Years’ War changed when several German states signed the Peace of Prague, uniting against foreigners. The war lasted another 13 years.

In 1911, the first Indianapolis 500 took place. The winner of the inaugural race, Ray Harroun, drove a Marmon Wasp.

In 1922, the Lincoln Memorial was inaugurated. Then-Chief Justice William Howard Taft, himself a former president, delivered the dedication, which President Warren G. Harding accepted on behalf of the American people.

And that’s how it is at Birdland on May 30th. Have a good Sunday. Come on O!