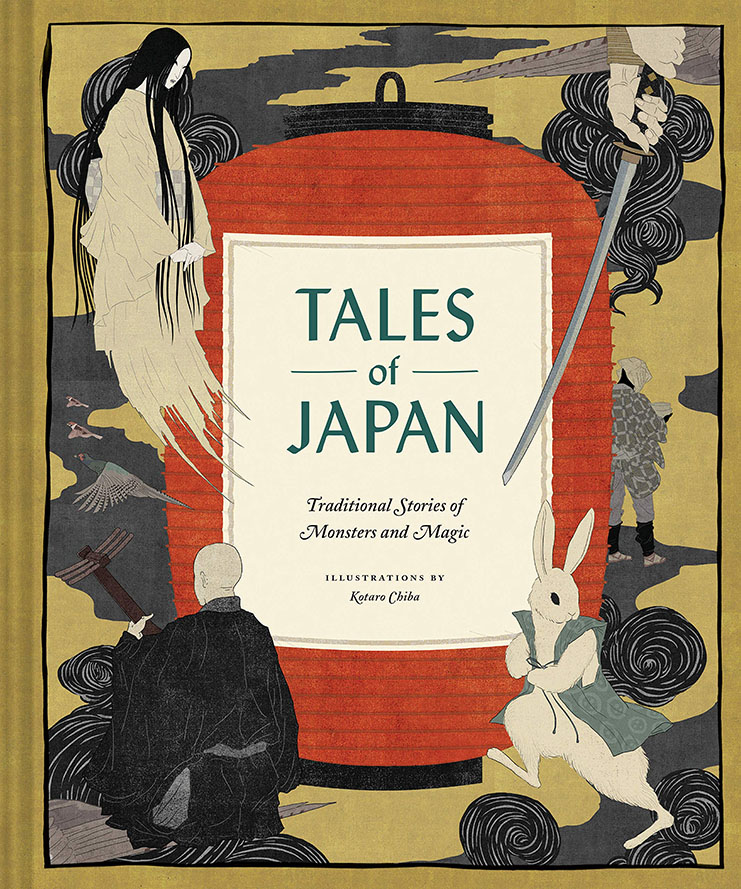 
Sometimes a book can be judged by its cover. Once the graphic patterns and figures in relief on the cover of Tales from Japan: Traditional Tales of Monsters and Magic are touched and seen, the journey to an ancient and mythical Japan has already begun.

Between the covers is a compilation of 15 tales from two debuts of the 20e Centenary collections, Kwaidan by Lafcadio Hearn (1850-1904), and Japanese fairy tales by Yei Theodora Ozaki (1871-1932). Many know Hearn Kwaidan because of the classic Japanese film of the same name, or because of Monique Troung’s recent novel, The sweetest fruits. Ozaki is best known for her elegant adaptations of Japanese folk stories in English.

Even after a century, these English versions remain robust and fresh due to the storytelling skills of Ozaki and Hearn and their extensive knowledge of Japan. Any hint of usage or archaic words only adds to the illusion of a distant time and place. The two writers also had a good idea of ​​Japanese words to keep intact and explain. Simply, better versions are hard to imagine.

The title, Tales from Japan is entirely appropriate, as is his avoidance of the term “fairy tales” and its inherent connotations. These aren’t the perfectly innocent stories most associated with this label, but rather the title of this collection portends the otherworldly weirdness in some of the stories. As such, parents should filter out stories before sharing them with toddlers.

The story selections are all appropriate with the theme of monsters, ghosts and magic. Some will be familiar, like Momotaro, or the story of the fishing son and the Bamboo cutter and the Moon Child, but others are much less well known. Each varies in length, some covering only a few pages and others considerably longer, but all of them are fascinating and easily consumable. As such, Tales from Japan is a good introduction to stories, and interested readers can easily find more in comprehensive collections readily available, even online.

So why this new edition? Readers will understand once this book is in their hands.

The magic of Tales from Japan occurs in large part because of Kotaro Chiba’s evocative illustrations and their presentation in the book. An illustrator based in Niigata, Chiba has a perfect command of the visual language of manga, anime and traditional Japanese art. Typically his work leans heavily towards a pop and manga style, but the trends here lean towards the traditional. As such, they evoke the old, but in a new modern form. The successful synthesis of illustrations proves that Chiba is a master of the old and the new, as well as the beautiful and the eerie.

Like the books of the Golden Age of American illustrators (I am thinking of the novels illustrated by NC Wyeth), each story begins with a single mysterious illustration. Chiba’s illustrations are so powerfully evocative that only one per chapter is allocated and others seem unnecessary. Like large book illustrations, they reveal things beyond what most readers can imagine, transporting them through the door of history to a distant world. The marriage of image and text is harmonious and perfect.

Tales from Japan is a rare book in the digital age, with its handcrafted construction of its embossed cover, stitched signatures, ribbon bookmark, carefully chosen typeface, graphic interior covers, all for an extremely reasonable price. Sized for reading comfort and not oversized for drama, readers will turn its pages with tactile intention, their eyes relishing the rare artwork of each story as their minds spin in fantastic worlds. Tales from Japan is a star for fans of books and fantastic stories.