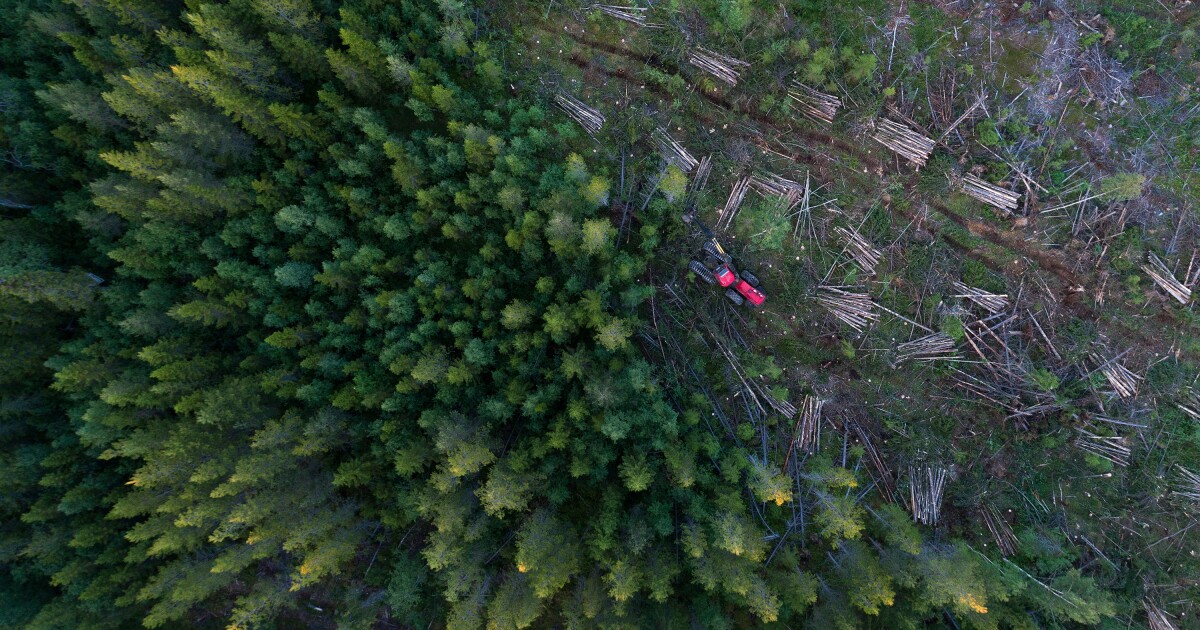 At first glance, the modern environmental movement and the far-right movement — including anti-immigrant and white supremacist groups — might appear to be opposite sides of the spectrum of political ideology. But the overlap exists.

Researchers say this intersection between the far right and environmentalism is bigger than many people realize — and it’s growing.

“As climate change kind of increases the heat, there’s going to be all kinds of new kinds of political contestation around these issues,” said Alex Amend.

Amend was tracking hate groups at the Southern Poverty Law Center. These days he is researching eco-fascism. He says that once you start looking at this overlap, you find two big misconceptions.

“One that the right is always a climate denier movement. And two that environmental politics will always be leftist,” Amend said.

Conservative leaders – from Rush Limbaugh to former President Donald Trump – have certainly denied climate change in the past.

But today, a different argument is increasingly common in the conservative political fringe.

When ecology and right-wing politics align

On “The People’s Square” podcast, a musician known as Stormking described his vision of a far-right vindication of environmentalism.

“Right-wing environmentalism in this country is primarily — especially in more modern times — a novel attack vector,” Stormking said. “And he has legs, in my opinion.”

“Attack Vector” is an appropriate choice of words as this ideology has been used in literal attacks.

In El Paso, Texas in 2019, a mass shooter killed more than 20 people and injured more than 20 others. He told authorities he was targeting Mexicans. He also left a manifesto.

“The decimation of the environment creates a huge burden for future generations,” the shooter wrote. “If we can get rid of enough people, then our way of life can be more sustainable.”

He titled this manifesto, “An Inconvenient Truth,” which was also the name of Al Gore’s Oscar-winning 2006 documentary on climate change.

Last July, Arizona Attorney General Mark Brnovich filed a lawsuit against the federal government. He claimed the Biden administration’s decision to halt construction of the border wall was a violation of the National Environmental Policy Act.

“I wish people like, you know, environmentalists cared about half as much about human beings and what’s going on in Arizona as they do, or supposedly do, plants and wildlife,” Brnovich said in an interview with KTAR News.

Brnovich argued that because migrants leave trash in the desert, a border wall is needed to protect the environment.

“We know there is information out there that says every time someone crosses the border they leave between six and eight pounds of trash in the desert,” he said. “This waste is a threat to wildlife. It’s a threat to natural habitats.”

This strain of anti-immigrant environmentalism may be growing today – but it’s nothing new. And that raises another misconception – that environmental politics is always left-wing.

The truth is that eco-fascism has a long history, both in the United States and in Europe. Blair Taylor is a researcher at the Institute of Social Ecology. He said that even the Nazis considered themselves environmentalists.

“The idea that natural purity translates into racial or national purity — that was a very central idea in the Nazi environmental discourse on blood and soil,” Taylor said.

In the 90s, when Taylor started reading books about the environmental movement, he came across ideas that seemed very wrong.

“There’s this very nativist, exclusive, racist prior history of environmental thinking,” Taylor said. “It was very much based on this idea of ​​nature as a violent and ultimately very hierarchical competitive domain where, you know, white Europeans were at the top. So it was rediscovered, I think, by the alt-right.”

Taylor was a little horrified to learn that in some ways the environmental movement was grounded in ideas of white supremacy.

The word “ecology” was even coined by a German scientist, Ernst Haeckel, who also contributed to Nazi ideas of a hierarchy of races. This story also applies to the United States.

The history of the environmental movement is colored by white supremacy

Dorceta Taylor is a professor at Yale University and author of The Rise of the American Conservation Movement: Power, Privilege, and Environmental Protection.

“We are seeing a takeover of Native American lands to be turned into park spaces described as empty, untouched by human hands, pristine, to be protected,” Taylor said.

“Environmental leaders are very, very guilty of setting up this narrative around, you know, untouched spaces. federal or state…so this is where the language of preservation really intersects in this narrative of exclusion.”

Taylor read the notes and diaries of early American conservationists and learned that the wilderness preservation movement in the United States was partly motivated by a backlash against the racial mixing of American cities.

“White elites, especially white male elites, wanted to leave spaces where there was racial mixing,” she said. “And this unease around racially mixed neighborhoods permeates the discourse of these early conservation leaders.”

Organizations confront their past of exclusion

The links between environmentalism and xenophobia in the United States are long and deep. In recent years, some prominent groups, including the Sierra Club, have begun to publicly confront their own history of exclusion.

The organization has gone through its own transformation. In the 20th century, the group embraced racist ideas that overpopulation was the cause of environmental damage.

In fact, in 1998 and again in 2004, anti-immigrant factions attempted to engineer a hostile takeover of the national board of the Sierra Club. They failed, but the organization learned a lesson from those experiences — you can’t just ignore those ideas or wish them away.

“We need to educate our base about these dystopian ideas and the scapegoating that is being put on black, indigenous and color and working class communities, so that they are able to identify these messages which may appear to be environmental, but we have to be able to discern that they are actually very racist,” Hopkins said.

It’s common to come across people who say they believe in the environmental movement and the racial justice movement, but don’t believe the movements have anything to do with each other. This disbelief is why Hopkins said he was doing the job he was doing.

This work goes beyond identifying racism and bigotry in the environmental movement. It is also articulating a vision that can compete with eco-fascism. Because as climate change increases, more and more people will seek a narrative to address their fears of collapse, says Emeritus Professor Betsy Hartmann of Hampshire College.

In this way, the threat of eco-fascism has something in common with climate change itself.

The problem is now visible – and it’s time to fix it, but the longer people wait, the harder it will be.