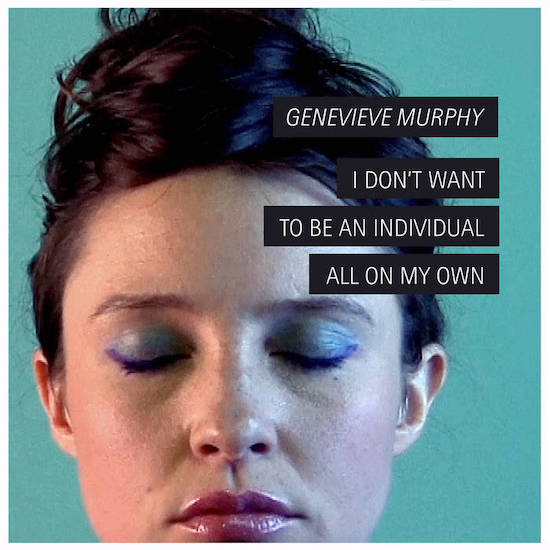 At I don’t wanna be an individual on my own, songwriter and performance artist Genevieve Murphy travels inside to tell the story of a drama-filled birthday party. The album is a one-woman show: Murphy plays every character in the story, going from a stressed mother to a shy daughter to a tired grandpa to a dazed grandmother, and sprinkling pop tunes in between. pieces of theatrical spoken word. In each of her monologues, she gives insight into each character’s psyche. And rather than telling the story through the words each character says directly, she writes down the words that cross each character’s mind, ultimately showing how memory is defined by how events are interpreted in the mind. .

Murphy embodies each of his characters so completely that the music quickly begins to feel eerily close for comfort. Listening to the words quickens as the mother frantically scrolls through her birthday to-do list and random chaotic screams pop up under her voice creates secondary anxiety, just like listening to the child’s shy voice as she moves away into her dark inner world. There aren’t many breaks for reflection – instead, Murphy remains trapped in a spiraling tornado, depicting the swarm of thoughts circling through every person’s head at all times. This constant whirlwind is heightened by the appropriate musical accompaniments that lurk beneath each speech-oriented track – noodle saxophones, quivering electronics, comedic screams. The few songs that explode in a synth pop wash, like “Before A Decade,” provide much needed musical relief of all intensity.

Murphy’s mother character is hard to love while listening I don’t wanna be an individual on my own. She’s a sharp lady who drives her daughter outside to a sunny garden party, openly competing with other mothers for the best party. The pieces that center his voice are frantic and his story quickly becomes unbearable. However, there is a charming awkwardness that is found in all songs that feature adult characters. Songs like “Roll The Drunk”, in which the child rolls his drunken grandmother through the bush, provide a much needed silliness that makes the album’s moments of despair all the more devastating.

The deep, haunting meaning of the album is finally revealed when Murphy casts that brilliant, awkward shine for enveloped instrumentals. The tracks “Bushes Of The Unknown” and “Sitting in the Shadow of the Bushes” both seem cold and sterile, like what it might be like to visit the most hidden parts of the human brain. Listening to them is like revisiting memories that we thought were over, highlighting the glittering cobwebs that hide among these faint memories. Somehow, however, they are always present, continuing to color life as we move through it.