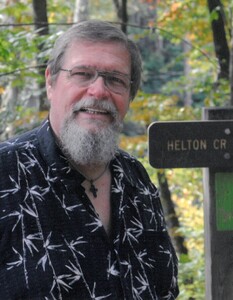 Thomas John Hillenbrand, 71, of Crossville, died on Monday, September 13, 2021 at Cumberland Medical Center.
Mr. Hillenbrand was born January 12, 1950 in Nassau County, NY, the son of Peter Paul Hillenbrand and Sophie (Baervelot) Hillenbrand. At the age of 7, his family moved to Sarasota, Florida, where he attended school. He then attended Ringling Art School for three years, making his way to school as a carpenter. Tom then moved to Memphis, where he worked as a commercial artist for five years. Tom was multi-talented in art and worked in several mediums. He was a great artist and illustrator.
He then returned to Sarasota and worked as a letter carrier for 33 years for the United States Postal Service to support his family. In his spare time he enjoyed his art, music and magic as a hobby. Tom had been playing guitar since he was 14 and wrote many songs. He was a magician and performed magic shows in his sons’ classrooms with his wife and sons to help him.
It brought Tom a real joy to spend time with his family and be entertained at family gatherings where he sang, played guitar and did magic. He will be truly missed. Tom was a great father and husband and has now returned home to be with the Lord.
Thomas is survived by his wife, Diane Hillenbrand of Crossville; sons, Paul Joseph Hillenbrand of Crossville and David Thomas Hillenbrand of Hawaii; sisters, Diane Stenglein and Katherine Wild (Jeff) both of Florida; sister-in-law, Patricia Hillenbrand of Florida; and several nieces, nephews, and great-nieces and grand-nephews.
Besides his parents, Thomas is predeceased by his brother, Peter Hillenbrand Jr.
The funeral was held on September 20, 2021 at Bilbrey Funeral Home with Pastor Todd Wiechmann as officiant.
Bilbrey Funeral Home, Inc. is in charge of the arrangements.

Who is Héloïse Werner? – Classical music

Sheila Bromberg, Jewish harpist who was the first woman to play on a Beatles album, has died at 92