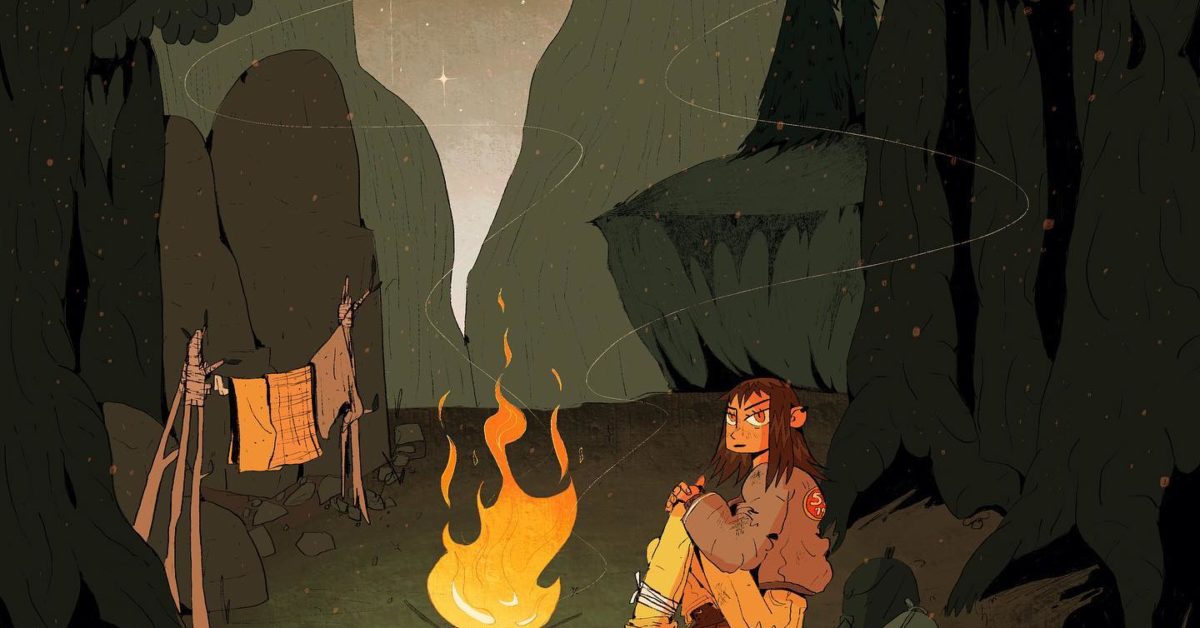 Only is a new mid-level graphic novel from Angie Hewitt. In this fantasy, a future eighth-grader, Alma, makes a disturbing discovery: the lake her town is named after has disappeared, and everyone remembers that it never existed. With the help of her best friend, Alma investigates the mystery, because more than just the lake is gone; and now Alma is worried: is she the cause of these mass disappearances? Only was taken over by former Jjustice league editor Rebecca Taylor at Vault Comics’ MG and YA, Wonderbound, which acquired worldwide rights to the mid-level graphic novel.

Angie Hewitt is a Brooklyn-based illustrator and designer whose work has been recognized by the Society of Illustrators (Student Scholarship 2019 and 2020), American Illustration 38, Light Gray Art Lab (Senior Show) and has worked with clients such as The New Yorker, Moving Colour, House Special (NDA), Mésange (NDA) and Nickelodeon (NDA). Angie has also worked on collaborative comic projects with Lucky Pocket Press and ShortBox Comics.

Only will be released in the summer of 2023. Angie Hewitt’s agent, Maria Vicente, of literary agency PS, brokered the deal. Wonderbound is Vault Comics’ mid-level and young adult publishing brand that states, “Each Wonderbound book is a ticket to a land of wonder, inviting you to leave behind the ordinary and explore a world of magic. , wonders, and mysteries. Whether you’re learning fantasy wrestling, doing wacky quests to deliver packages (and other things), solving the mysteries of a gothic mansion, or settling into a spooky new apartment, you are always up for an adventure.”