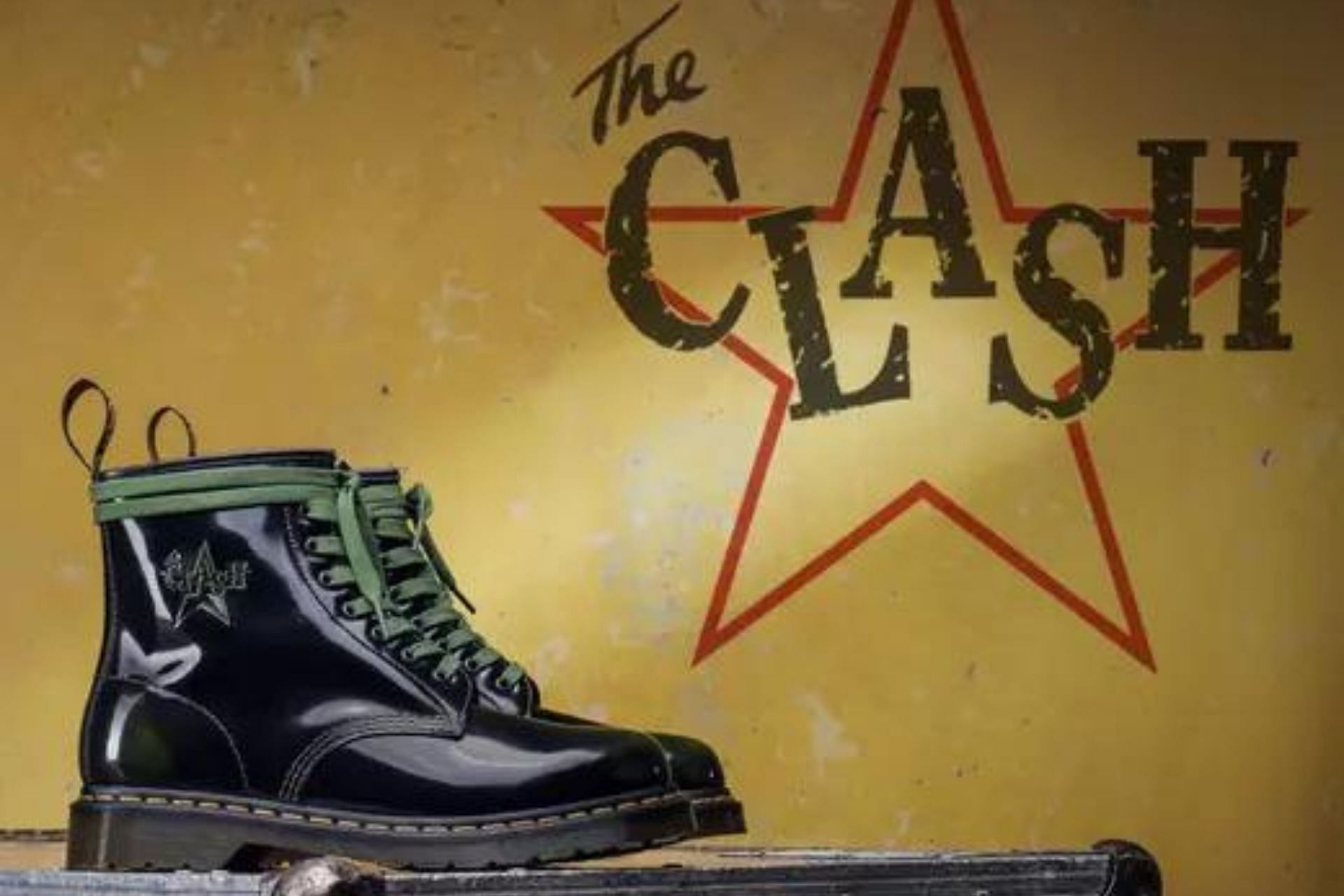 The group were often spotted wearing Dr. Martens sneakers alongside their embellished moto jackets and zippered pants, part of their uniform. The collaborative collection will be available on the official Dr. Martens e-commerce site on October 6, 2022.

Learn more about the next Dr. Martens x The Clash Footwear Collection

The Clash were a staple of the UK punk rock scene, the band quickly rising to fame with their debut album, followed by five studio albums. They were named to the Rock and Roll Hall of Fame in 2003. The official website presents the collection:

“A 46-year partnership. The Clash changed the face of rock ‘n’ roll with their attitude, their style and, above all, their music. All the while, a pair of Docs were never far from their feet. Our latest collaboration celebrates our shared history through the iconic 1460 boot and 1461 shoe.”

In their latest collaboration, the shoemaker pays homage to the rock band with a collection of Made in England shoes, enriched with multiple honorary details. The Made in England tribute collection will include two styles of classic Dr. Martens silhouettes, the 1460 8-eye boots and the 1461 3-eye shoes.

The shoemaker constructed both shoes in shiny Arcadia leather and simplistic matte black leather. The base of the shoe is made of a smooth black base, while the overlays are made of Arcadia leather.

The 8-eye 1460 boot is made from rub-in uppers, Arcadia leather and matte leather. The shoes reveal the dark green underlays that symbolize The Clash band colors and the eponymous record cover.

The 1461 3-eye shoe, on the other hand, opts for a simplistic construction in matte black leather and Arcadia leather with contrasting cherry red underlays. All pairs in the collection feature a co-branded logo. “The Clash” branding is featured on the heel counters. A co-branded logo is printed on the rubber insoles.

The shoes will come with an assortment of seven other lace options and a set of dog tags.

According to the details of the collaboration, the upper layer of the shoe wears out after a long period of use. It then reveals a matte black Arcadia leather base layer, which follows the classic Dr. Marten vibe.

The pieces from the collection will also be accompanied by limited edition tote bags, allowing fans to celebrate 46 years of the British rock band.

The collection was further celebrated by Dr. Martens who enlisted musician Don Letts to collect and combine a playlist of songs to give a nod to the band and its history. The playlist will be published on the Spotify and Dr. Martens website from October 6, 2022.